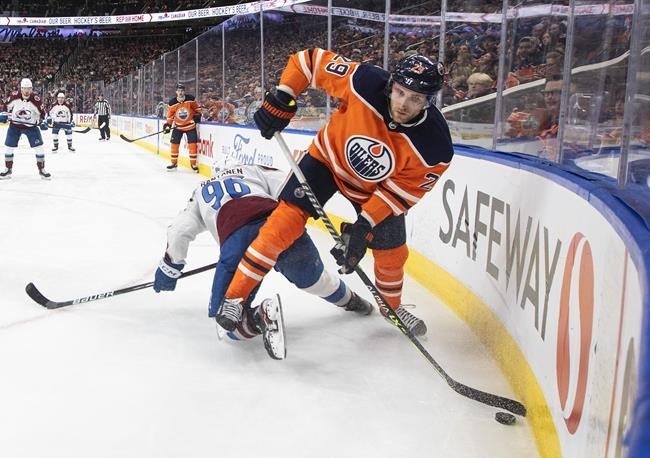 Edmonton head coach Jay Woodcroft isn’t saying whether Leon Draisaitl will be in the lineup when the Oilers host the L.A. Kings in Game 7 of their first-round playoff series on Saturday night.

Draisaitl appeared to suffer an ankle injury when he was pulled over backwards during a scrum in the first period of the Oilers’ 4-2 win in Game 6 on Thursday.

The 26-year-old star centre limped to the locker room but returned to finish the game, assisting on Tyson Barrie’s winning goal late in the third period.

He was not on the ice for Edmonton’s morning skate on Saturday morning. Woodcroft declined to say whether he expected Draisaitl to play.

Draisaitl has five goals and three assists in six games in the series. He had 110 points (55-55) in the regular season.

This report by The Canadian Press was first published May 14, 2022.