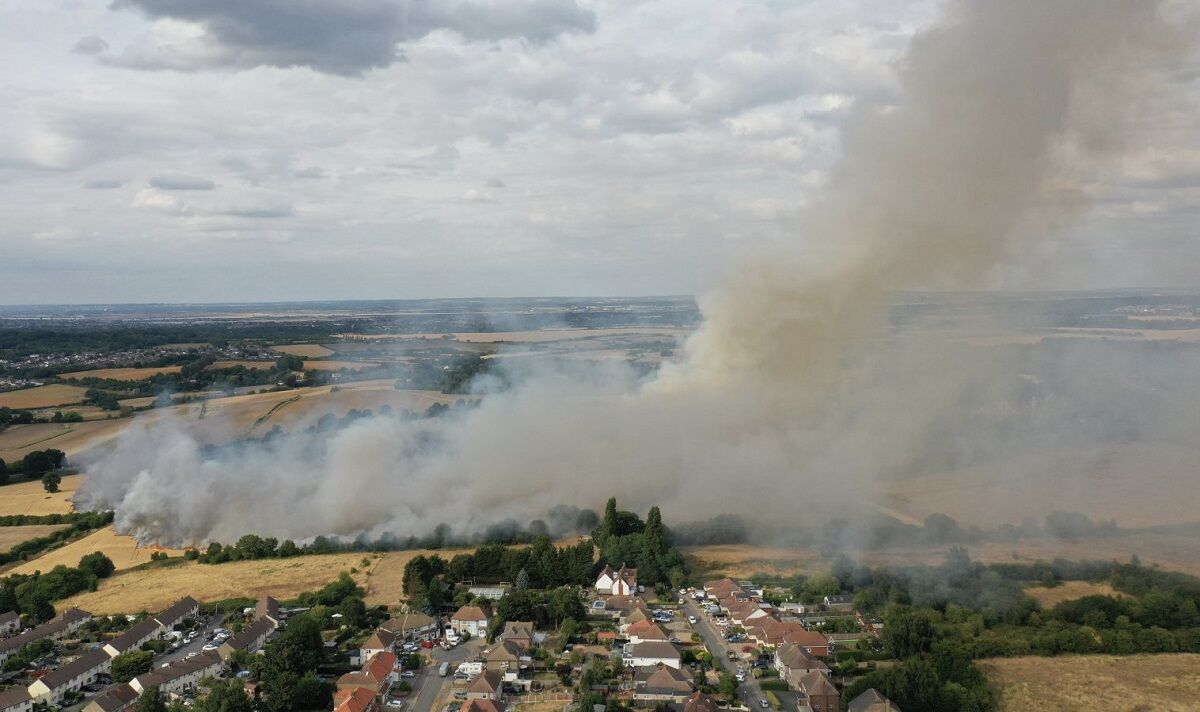 The blaze, believed to be burning around 12 acres of land, sends a large plume of thick black smoke into the sky. Emergency services rushed to the scene to extinguish it.

The cause of the blaze is still unknown.

Due to the large amount of smoke, Kent Fire and Rescue Service urges nearby residents to keep their doors and windows closed.

In a statement, the service said: “Kent Fire and Rescue Service is at the scene of a large fire in a standing corn field in Beechenlea Lane in Swanley.

“Twelve fire engines and a number of support vehicles have been sent to the scene.

“Firefighters are working in difficult conditions due to the variable wind direction causing the fire spread in different directions.

“People living in the area are being asked to close windows and doors due to the large amount of smoke being generated. Please share with anyone you know that is not online.

“The size of the fire is believed to be around 12 acres, the equivalent of 6 football pitches.

“There are no reported injuries and the cause isn’t known.”

In a Twitter update earlier, they said: “Kent Fire and Rescue Service is currently tackling a fire in a standing corn field in Hextable, Swanley.

“We have sent 12 fire engines to the incident and crews are working hard to tackle the blaze.

“Thank you to people living nearby for letting us know.”