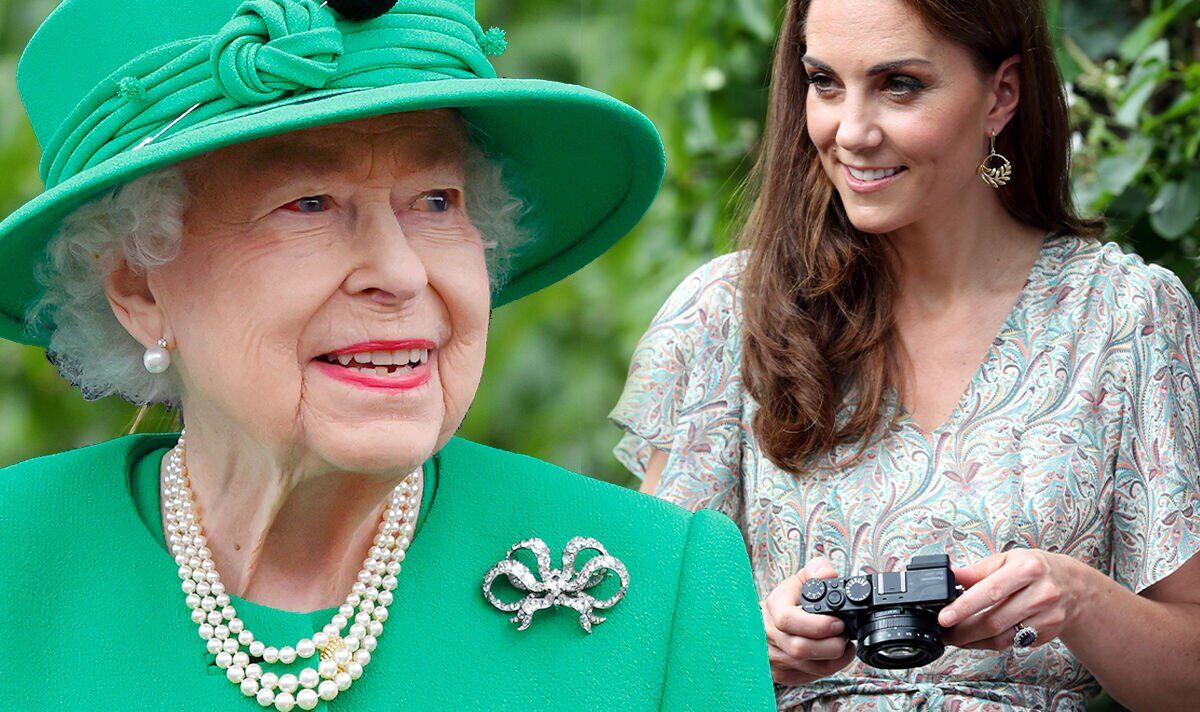 The Duke and Duchess of Cambridge are understood to have begun dating in 2001 after meeting at the University of St Andrews. Following a brief separation in 2007, the couple got back together and not long after this time, Kate is understood to have been welcomed into the loop.

Royal author Katie Nicholl has revealed that before this time, The Queen had only met Kate “fleetingly”.

But after the Duchess became a more integral part of the Royal Family, she was granted new privileges.

In her book The Future Queen, Ms Nicholl wrote that “until now The Queen had met Kate only fleetingly at the wedding of Peter and Autumn Phillips”.

She added: “But [Her Majesty] went out of her way to make her feel welcome, giving [Kate] permission to take pictures at Balmoral.”

Ms Nicholl stressed that this was no small deal within the royal fold.

She wrote: “As a woman who has lived her entire life in the public eye, the Queen rarely lets her guard down…

“Very few apart from her family and closest friends get to see the real Elizabeth.”

Speaking of the occasion, Camilla said: “We had a lot of fun doing it.

“It was very relaxed and, of course, very kind that the Duchess of Cambridge came with her camera.

“She’s an extremely good photographer and it was all very casual.”

She said: “The Duchess of Cambridge took her commission very seriously and was incredibly professional about the task at hand.

“She phoned me to discuss our requirements for the cover and subsequently composed a range of beautifully shot images.”