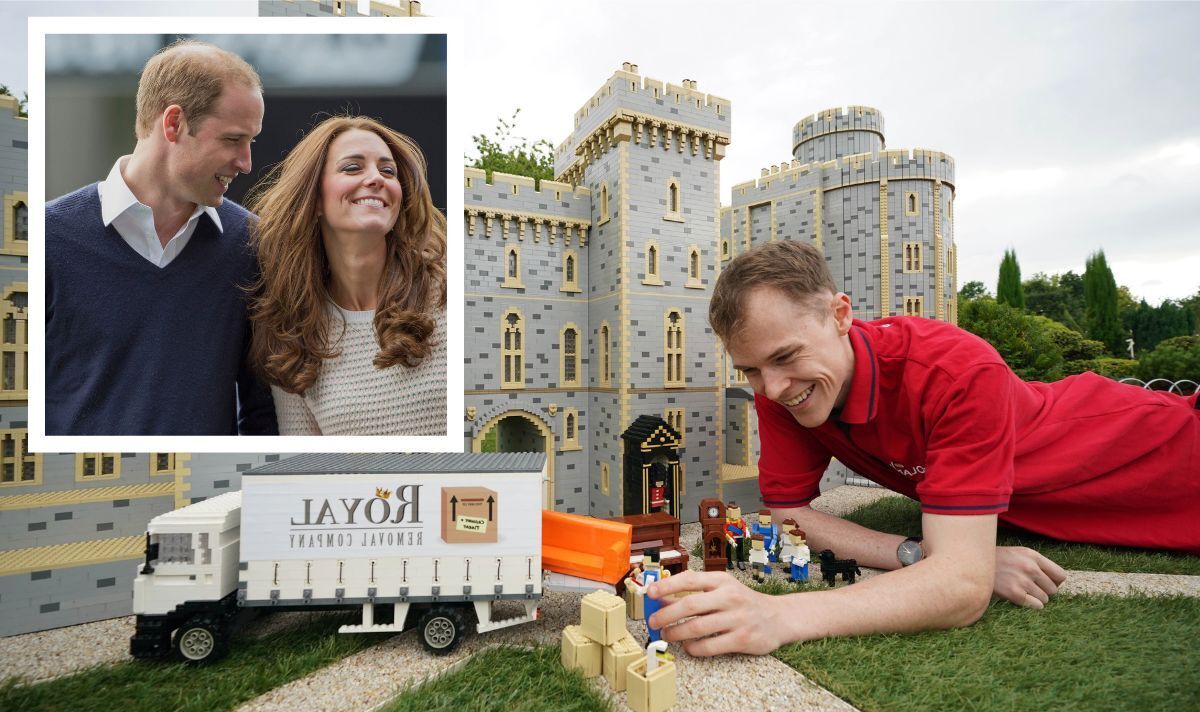 The Duke and Duchess of Cambridge is thought to have already moved from London to Adelaide Cottage on the Windsor estate, the current residence of the Queen. Legoland has revealed it took model makers over 19 hours to create their new royal display.

The 4,100 Lego display shows moving men moving furniture outside a 39,000 brick replica of Windsor Castle, which is on display at the resort’s Miniland.

It also shows a Lego version of a member of the Queen’s guard, standing in the castle doorway with a black Lego bearskin cap and classic red uniform.

The chief model maker at Legoland Windsor, Paula Laughton said: “The resort has always had a special connection with the Royal Family.

“So to welcome our new neighbours, our talented model makers are giving the royals a brick-tastic housewarming present by recreating the family in miniature form.

“The Royal Removal scene will go on display throughout September, and we hope to welcome the duke and duchess and their family to the resort to see their figures very soon.”

This week will be the first week Prince William and Kate Middleton have spent in their new home at Windsor.

Next week, the children will start at Lambrook School, which will be Prince Louis’ first day of school after leaving nursery this summer.

It has been reported that the Cambridge’s full-time nanny, Maria Teresa Turrion Borrallo, will live elsewhere for the first time as well as other members of staff, such as the housekeeper and kitchen chef.

A royal source said the Duke and Duchess thought “long and hard” over the move, but decided on the move for their children.

The insider said the family’s focus was “To provide as ‘normal’ a life as possible for their children before beginning their own royal lives.”