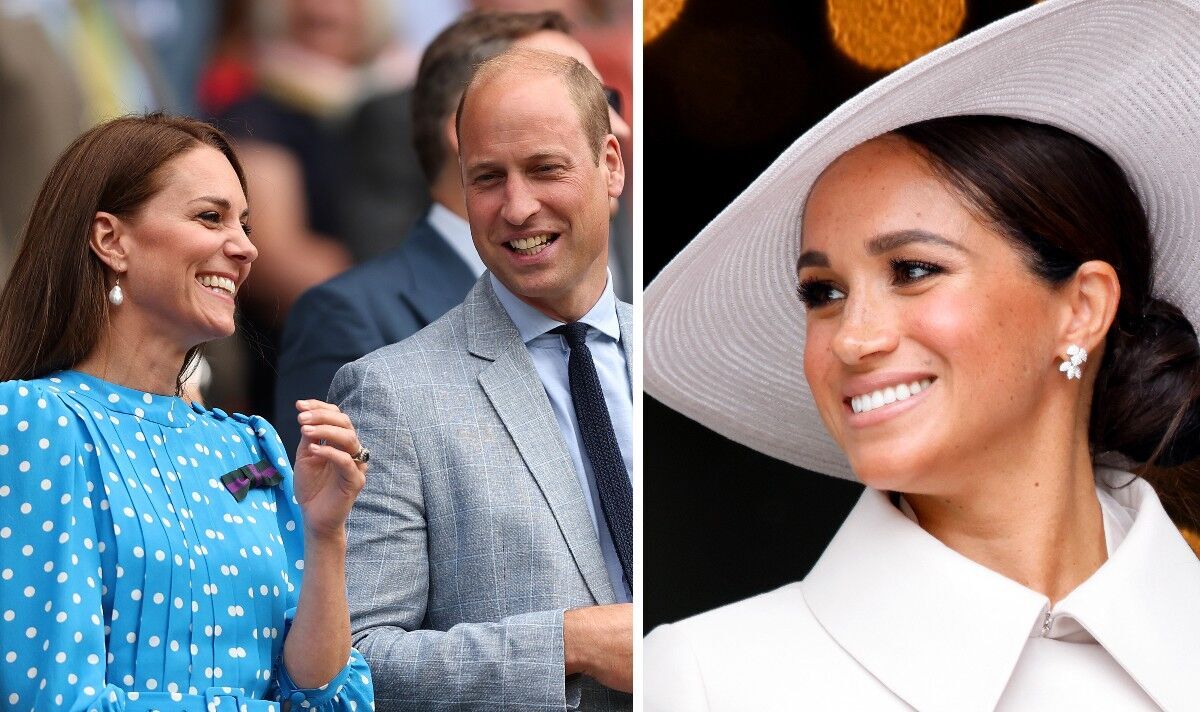 The tweet read: “Wishing a happy birthday to The Duchess of Sussex!”

The message was accompanied by a picture, showing Meghan smiling widely from the footsteps of St Paul’s Cathedral.

This snap was taken on June 3, when most Royal Family members gathered to attend a service of thanksgiving amid celebrations for the Queen’s Platinum Jubilee.

The choice of this snap is significant, as this marked the Duchess of Sussex’ first and only official appearance in the UK during the long bank holiday weekend of celebrations.

The Duke and Duchess of Cambridge have been the first senior members of the Firm to officially mark Meghan’s birthday on Twitter.

A few minutes after the message shared by the @KensingtonRoyal account, Prince Charles and Camilla, Duchess of Cornwall, also tweeted their birthday wishes for Meghan.

In a post very similar to the one published by Kate and William, the future King and his wife wrote: “Happy birthday to The Duchess of Sussex!”

The tweet included a photograph, also taken on the day of the service held for the Queen’s reign at the cathedral in central London.

Unlike the Cambridges, this tweet also featured a red balloon emoji next to the birthday wishes.

The Twitter accounts of the royal households normally mark only the birthdays of senior members of the Firm, ignoring on the other hand the big days of non-working – but beloved – royals such as Zara Tindall and Princess Eugenie.

However, these accounts are making an exception when it comes to publicly celebrating the birthdays of the four members of the Sussex family.

Some described the message as a “classy” move.

Another Twitter user, @ColemanPhilippa, said: “That’s enormously gracious of you both.”

Other social media users appeared to be less impressed by Kate and William’s post.

The Duchess of Sussex is turning 41 today and has been tipped to spend the day privately with her family.