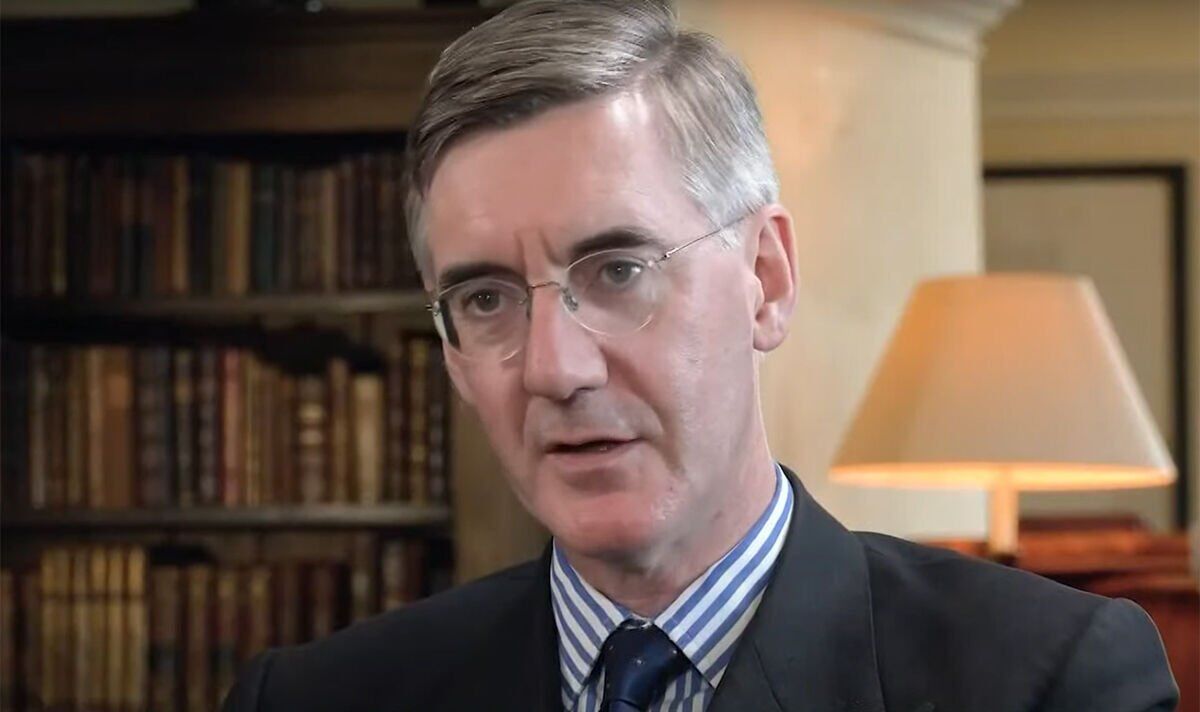 Jacob Rees-Mogg has warned that Tory MPs who brought down Boris Johnson have put Brexit at risk. In a lengthy interview with GB News, the Brexit Opportunities minister said Mr Johnson’s demise was a “triumph” for Remainers. GB News host Esther McVey had earlier challenged Mr Rees-Mogg on the reasons for the outgoing PM’s fall from power.

Mr Rees-Mogg said the demise could be traced back to the Brexit referendum, suggesting it was a Remainer plot.

He responded: “There are all sorts of reasons.

“Part of the reason has to be Brexit. There are still a lot of people who resent the fact we left the EU.

“Therefore, bringing down the standard bearer of Brexit was a triumph for them.”

He continued: “You had Lord Heseltine and Lord Adonis, saying No Boris, No Brexit.

“I very much hope they are not true, but I think we have taken a risk.

“Just look at the Cameron establishment, they never warmed to Boris, and they have all flocked to Rishi now.”