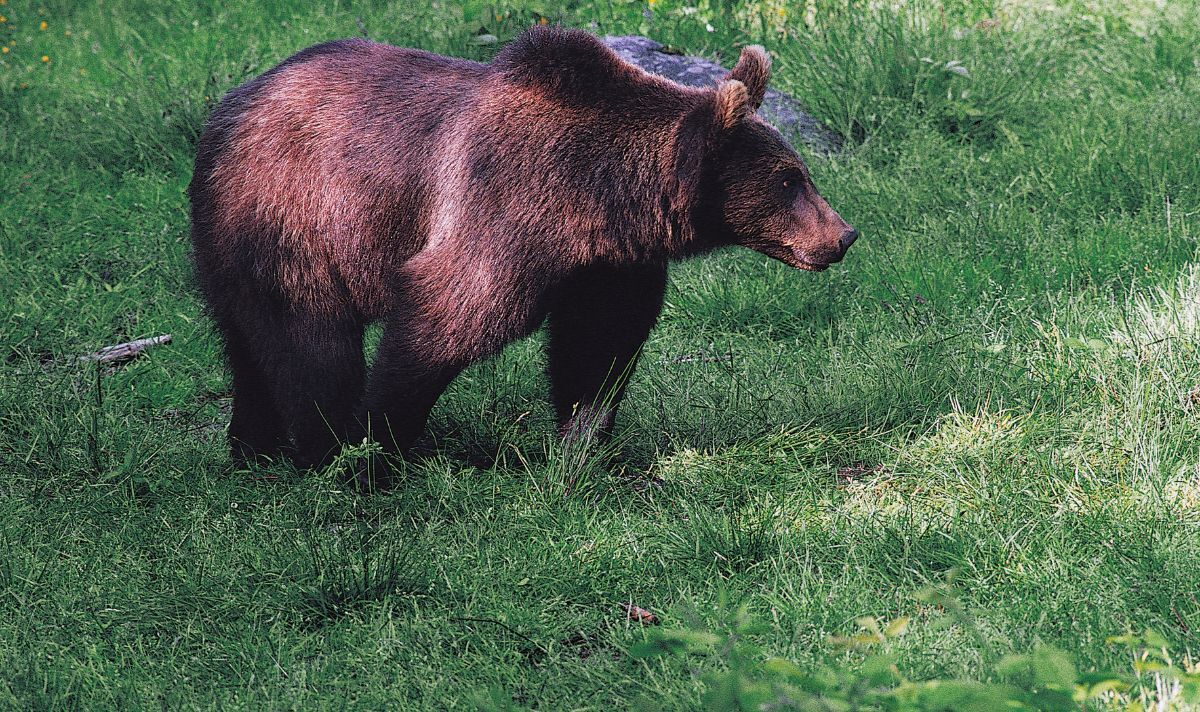 A bear that has become both an internet and local hero in the Abruzzo region of Italy due to showing no fear of humans has died after being hit by a car. The bear became known online in 2021 after he broke into a bakery to steal some freshly made biscuits.

On Monday, Juan Carrito the bear was killed after being hit by an Opel car in the town of Castel di Sangro.

Luciano Sammarone, the head of Italy’s National Park of Abruzzo, said: “Juan Carrito died after about an hour of suffering — rescuers arrived on the scene but despite treating him, he did not survive.”

Marco Marsilio, the regional president of Abruzzo , made the announcement of the bear’s death and said: “It is with great pain that I learned of the news of the death of Juan Carrito, the most famous and loved Marsican bear in Abruzzo.

“His loss saddens not only Abruzzo but the whole world that discovered Abruzzo and the beauty of bears through the numerous videos [of Carrito] since he was a cub.”

Juan Carrito first appeared in 2021 while wandering the ski resort village of Roccaraso, where he was tranquilised and flown by helicopter to a more remote part of the region in hopes he would stay away from inhabited areas.

However, the bear would repeatedly be seen in populated areas and became even bolder after two more attempts were made to take Juan Carrito back to the wild.

He would be spotted drinking out of the water fountains in Roccaraso and has also been caught stealing honey from beehives in the local areas.

However, after his biscuit heist at a local bakery, another attempt was made to rewild him and he was taken to a remote mountainous area, but he reappeared again in early January much to the delight of locals, who had grown fond of the mischievous bear.

Online video footage of the three-year-old bear showed him wandering around streets, ski slopes and last December he was seen near a Michelin-starred restaurant in Castel di Sangro.

Niko Romito, the head chef at the restaurant, said at the time: “He came out of the woods behind the restaurant, possibly attracted by the smell of panettone which they had been making at our culinary school.

“We are used to deer taking flight when they see a human, but the bear seemed right at home, wandering around for 30 minutes and totally ignoring the barking dogs.”

Juan Carrito was just one of 60 Marsican bears in the region, as they are a critically endangered species, as the species are been decreasing over the last 20 years due to car accidents and the illegal hunting of the animals.

People around the world have taken to social media to express their sadness for Juan Carrito’s death.

One person on Twitter expressed their sadness and wrote that Juan Carrito was a “friend of the locals” and was known for his “playful nature where he enjoyed playing with local dogs”.

Another Twitter described Juan Carrito as “a somewhat strange friend” but was the “symbol of Abruzzo”.

Luciano D’Alfsono, the former regional president of Abruzzo, has said he will be remembered for his “irreverent and free nature”

Mena Ricci, a regional representative for the World Wildlife Fund, said: “We are all very shocked, unfortunately, this was a death that none of us wanted to hear.”