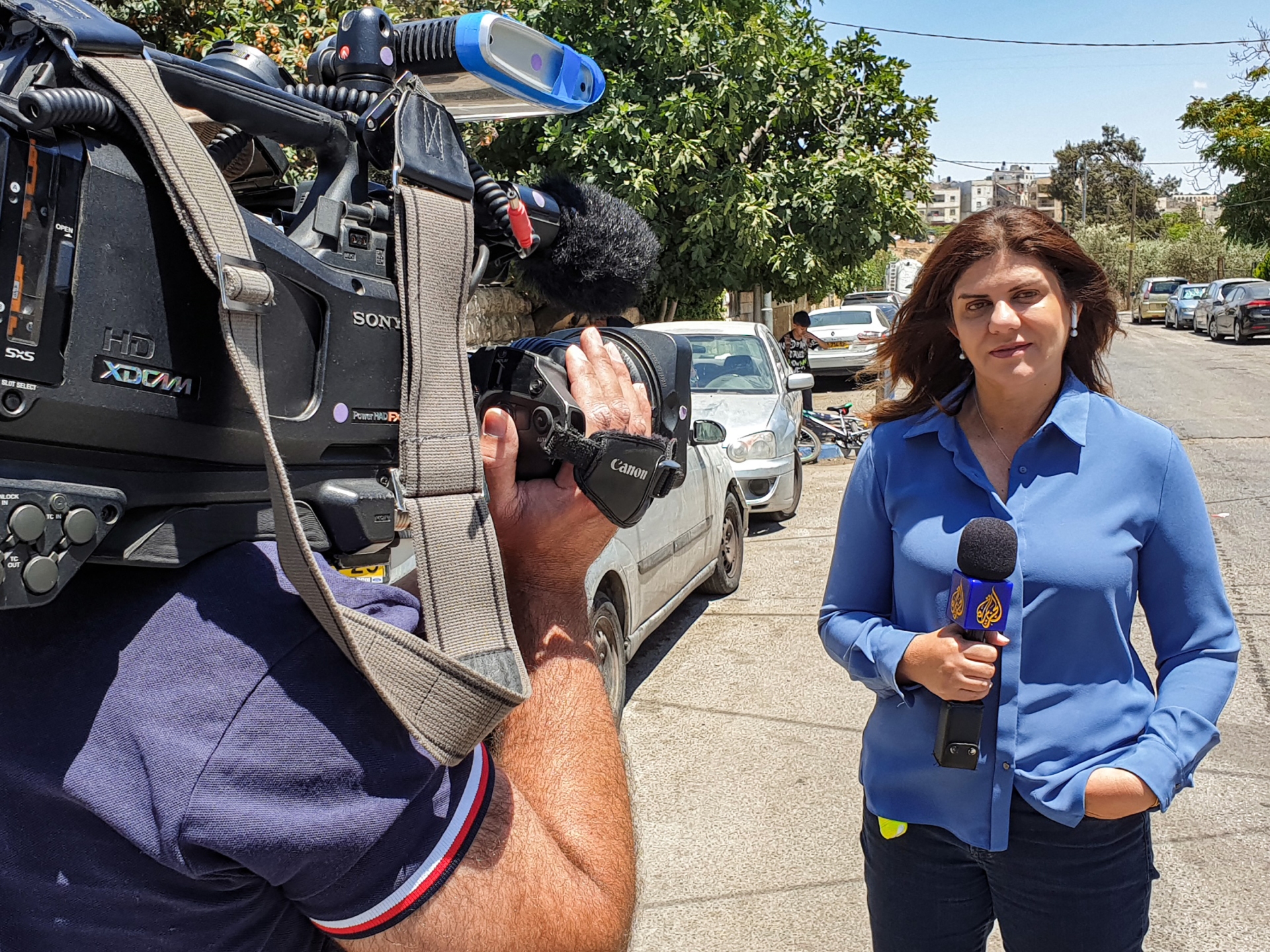 Palestinian officials, human rights campaigners, and the family of Shireen Abu Akleh have criticised the Israeli military investigation, which said there is a “high possibility” that the Al Jazeera journalist was “accidentally hit” by an Israeli soldier.

The Israeli army, however, said it would not be launching a criminal investigation into the killing of the veteran Palestinian-American journalist after releasing the results of their own inquiry on Monday.

The announcement came despite the fact that Al Jazeera Media Network, and several other inquiries by leading human rights groups and media organisations, have lent support to witness accounts that Abu Akleh was shot by an Israeli soldier.

Abu Akleh, 51, was killed on May 11 while covering an Israeli raid in the occupied West Bank city of Jenin, despite wearing a helmet and flak jacket clearly marked “PRESS”.

Palestinian witnesses told Al Jazeera’s The Take podcast that they were never contacted by Israel as part of the investigation.

Here are the reactions so far to the report:

In a statement, Abu Akleh’s family rejected the results of the Israeli investigation findings and said it would continue to call on the US government to carry out a “thorough, independent, and credible” investigation.

“As expected, Israel has refused to take responsibility for murdering Shireen. Our family is not surprised by this outcome since it’s obvious to anyone the Israeli war criminals cannot investigate their own crimes. However, we remain deeply hurt, frustrated, and disappointed,” the statement added.

“We will continue to demand that the US government follow through with its stated commitments to accountability.”

We could never expect any type of accountability or legitimate investigation from the very entity responsible for gunning down an unarmed and clearly identifiable journalist. pic.twitter.com/bTfUqj5KV3

“It’s not an investigation, it’s whitewash; it was no mistake, it’s policy,” the group said in a statement.

“Enormous public and international pressure was needed to make Israel spurt a faint confession that one of its soldiers had killed journalist Shireen Abu Akleh, while at the same time shaking off any responsibility for her death,” it said.

“The killing of Abu Akleh is the predictable result of Israel’s outrageous open fire policy in the Occupied Territories. This policy claims more and more victims while the whitewash continues undisturbed.”

B’Tselem in response to the military’s announcement on the killing of Shireen Abu Akleh:

It’s not an investigation, it’s whitewash; it was no mistake, it’s policy. > pic.twitter.com/XOhfSyoGQV

“Obvious obfuscation, misdirection, & lies. The Israeli army who’s responsible for the murder of Shireen Abu Akleh has decided to exonerate itself. Disgusting,” Ashrawi wrote on Twitter.

Obvious obfuscation, misdirection, & lies. The Israeli army who’s responsible for the murder of Shireen Abu Akleh has decided to exonerate itself. Disgusting.

“All the evidence points to Israeli forces having killed her,” Shakir wrote on Twitter.

“The Israeli army probe was a whitewash. Victims of Israeli abuse have faced a wall of impunity for years. We echo the family’s call for the US to investigate.”

We @hrw stand in solidarity in w/ #ShireenAbuAkleh’s family. All the evidence points to Israeli forces having killed her. The Israeli army probe was a whitewash. Victims of Israeli abuse have faced a wall of impunity for years. We echo the family’s call for the US to investigate. https://t.co/E9zDTZVFej

Nabil Abu Rudeineh, a spokesman for Palestinian Authority President Mahmoud Abbas, said the report is yet another attempt by Israel to avoid responsibility for Abu Akleh’s murder.

“All evidence, facts and investigations that have been conducted proved that Israel was the perpetrator and that it had killed Shireen and it should bear responsibility for its crime,” Abu Rudeineh was quoted as saying by the state-run Wafa news agency.

He said the Palestinian leadership will continue to “follow up” with the “relevant international bodies”, including the International Criminal Court, on all files related to Abu Akleh’s killing.

Israel will not be allowed to “escape punishment” for its ongoing crimes against the Palestinian people, Abu Rudeineh added.

Hamas spokesman Hazem Qassem said the findings released by the Israeli “occupation army” is a “new attempt to escape full responsibility for [Abu Akleh’s] assassination”, which was “proven” by all the available facts and evidence.

“The killing of journalist Shireen Abu Aqleh … is an all-out crime that the occupation must be held accountable for,” Qassem said.

Al Jazeera denounced the findings of the inquiry, saying it was “an attempt by the Israeli Occupation Forces to evade the criminal responsibility” for the fatal shooting of Abu Akleh.

“Al Jazeera Media Network denounces the findings of this investigation and stresses that this elusive admission is nothing but an attempt from the IOF to evade the criminal responsibility for the killing of Shireen, which has been proven by numerous independent and international investigations,” the Qatar-based network said in a statement.

“Al Jazeera condemns the Israeli Occupation Forces’ reluctance to explicitly admit their crime and attempts to evade the prosecution of the perpetrators,” the statement read.