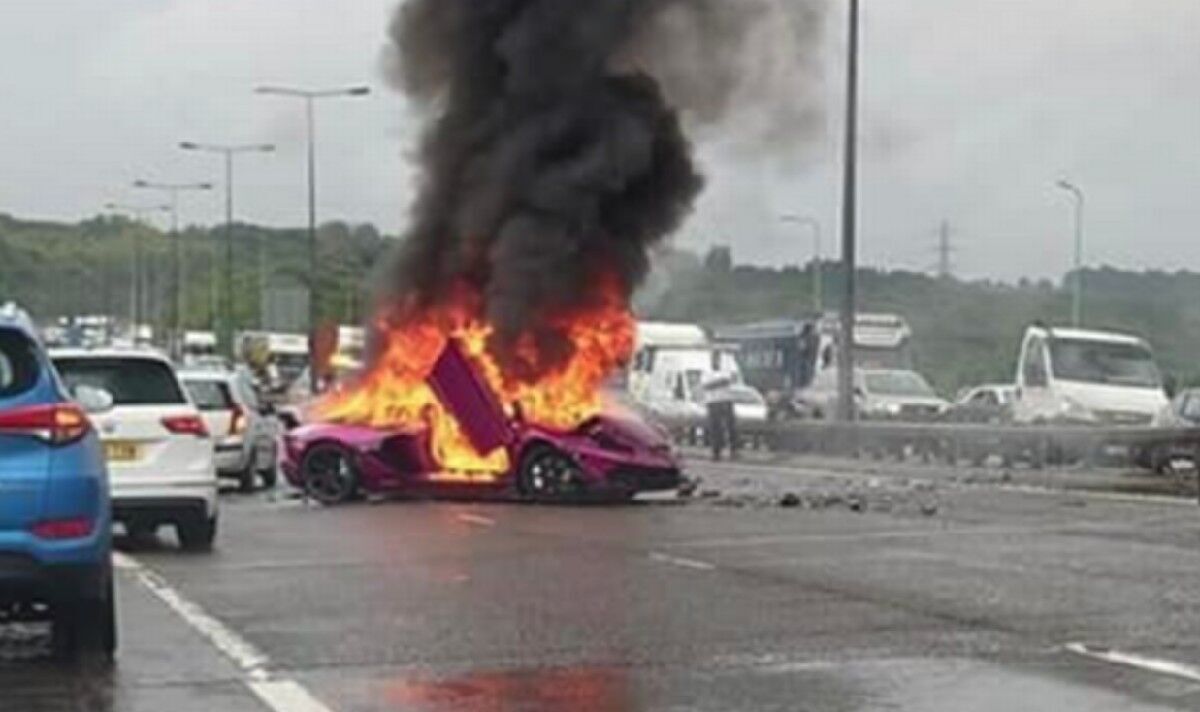 Pictures show the car in flames with traffic at a standstill on the motorway near Brighouse. Emergency services shut the busy route, meaning drivers have been trapped for over one hour.

The crash is believed to have occurred at the westbound entry slip road at junction 25.

Pictures also show another car – a black SUV – involved in the collision.

National Highways said: “The M62 is closed westbound near Brighouse between J25-J24 following a serious collision and a vehicle fire.

“West Yorkshire Police, Fire and Rescue and Ambulance are at the scene and dealing with the incident. National Highway Traffic Officers are assisting with traffic management.

“At this stage it is unclear how long the carriageway will be closed for, but [it] is expected to remain closed for a number of hours.”

Motorists were being diverted around the incident as all lanes had been closed.

One motorist told Examiner Live: “I’ve been on for nearly an hour and have moved from Chain bar roundabout slip road to Hartshead Moor Services.”

National Highways reported that traffic had backed up six miles from junction 25 towards junction 26.

There are two diversion routes due to height restrictions on one of the routes.

READ MORE: Octopus Energy hands lifeline to millions to save £840 on bills

The game is being played at Old Trafford in Manchester. It kicked off at 8pm.

The M62 connects Liverpool to Hull via Manchester, Bradford and Leeds.

“West Yorkshire Police are at the scene and conducting collision investigation. The carriageway is likely to remain closed for sometime. There is congestion of approximately five miles with 30 minute delays.”