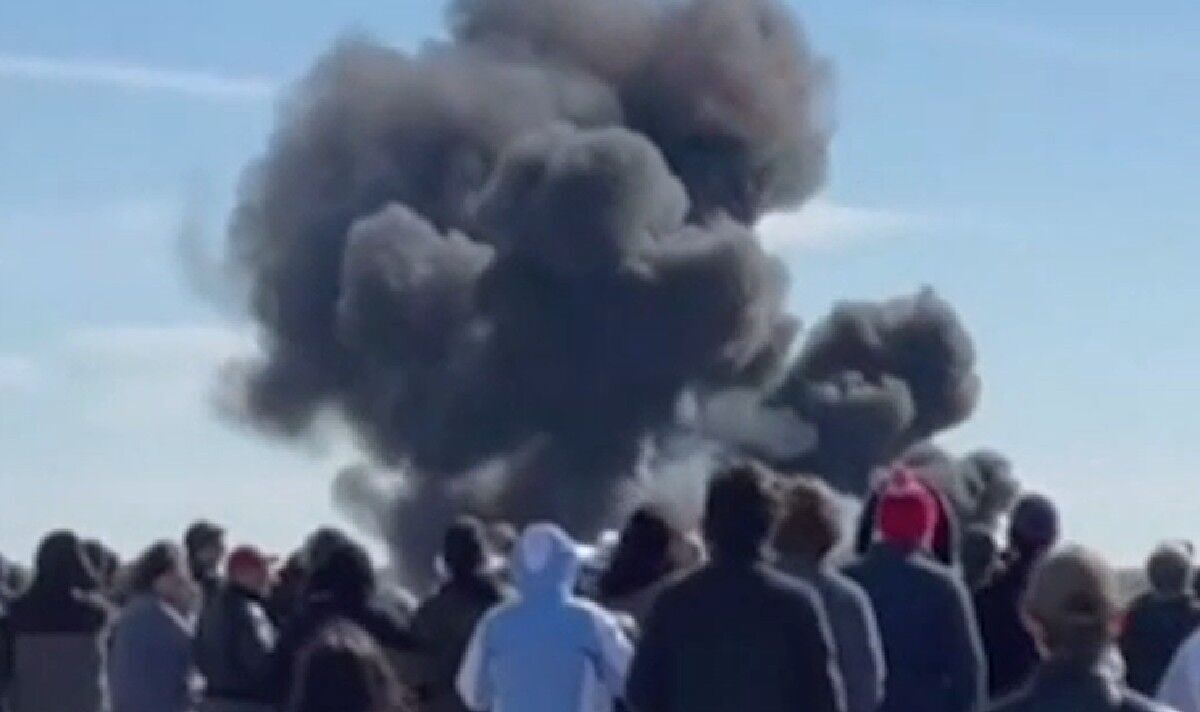 Six people have been confirmed dead after two planes collided mid-air in Dallas. The incident occurred during an airshow and the two aircraft involved are understood to have been vintage World War Two planes. Texas media sources reported there were no injuries among the crowd on the ground, suggesting the fatalities involved the pilot and passengers of the planes which crashed into one another.

The crash occurred at the Commemorative Air Force Wings Over Dallas show at 1.20pm local time.

The event was held at the Dallas Executive Airport, a site roughly 10 miles out from the city centre.

A B-17 Flying Fortress bomber and a P-63 Kingcobra fighter collided in flight, which sent debris hurtling towards the ground below.

The remains of both aircraft plummeted to the ground in a huge explosion which was captured on film by horrified onlookers.

READ MORE: Biden in new gaffe as US leader mistakenly thanks Colombia instead of Cambodia

Morgan Curry, who witnessed the collision from a nearby parking lot, told NBC 5 Dallas-Fort Wood: “It’s like literally as you looked up you saw the big plane and then you saw one of the little planes split off from the three and then as soon as it split off.

“It’s like they just collided into each other and the little plane split the big plane in half. I honestly can’t believe that we witnessed that, like just standing here underneath it.”

Dallas County judge Clay Jenkins said local authorities have launched an investigation into the incident and will work to identify the victims.

Writing on Twitter, Judge Jenkins said: “According to our Dallas County Medical Examiner, there are a total of 6 fatalities from yesterday’s Wings over Dallas air show incident.

“Authorities will continue working today on the investigation & identification of the deceased. Please pray for their families and all involved.”