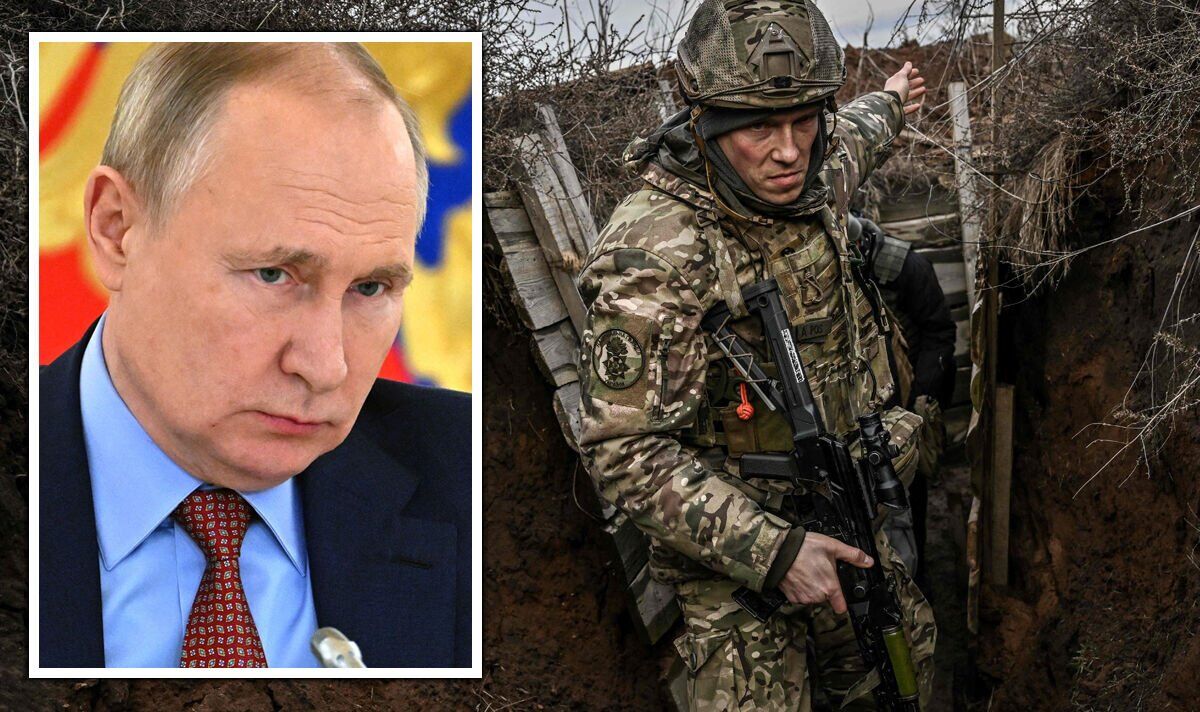 War strategy expert Harry Kazianis told Express.co.uk that “US special forces have been training Ukrainians for years”. Much of this training, Mr Kazinis said, took place “clandestinely”. Mr Kazianis described the current level of “guerrilla warfare” being unleashed by Ukrainian forces as being “insane”, warning that it will only “get worse as the months and years go by.”

The Russian army has so far made limited progress in its war against Ukraine, which has now passed the six-month mark.

Putin’s forces have suffered humiliating losses, with Kyiv claiming to have killed as many as 44,000 soldiers and destroyed 1,800 tanks.

Speaking to Express.co.uk about Putin’s failing war effort, Mr Kazianis said: “Russia really only had a window of one to two months to win this war, or cleave off the Eastern part of Ukraine which was its goal, and now because they don’t have the military forces to do that, it gives the Ukrainians the advantage to start spitting up guerilla forces, partisan forces, a lot of which were probably trained clandestinely by US special forces.

“The US special forces have been training the Ukrainians for years.

“So what most likely happened is that training was brought forward to other Ukrainian commanders in the field, and now they’re able to unleash this insane level of guerilla warfare that is only going to get worse as the months and years go by.

“So he’s screwed, that’s the best way I can describe it.

“Otherwise he’s going to be forced to keep fighting this battle forever because neither side really can win.”

Mr Kazianis noted that Ukraine is likely to get more weapons from Western allies, putting increasing pressure on Putin to finish the war quickly.

“Putin’s got to make a choice – does he live with a loss, or does he do something more drastic?

“So it’s a really scary situation, it really is.”