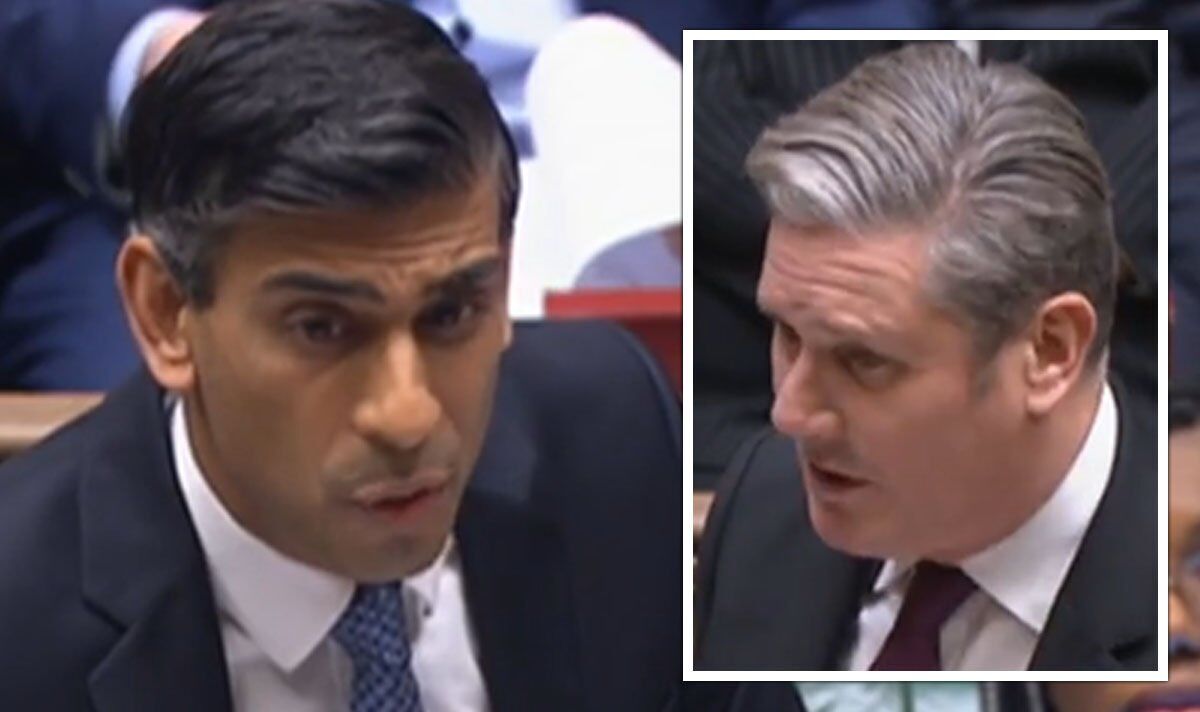 The Prime Minister blasted Sir Keir Starmer as MPs gathered in the Commons on Wednesday to hear the leader of the opposition challenge Rishi Sunak over support for private schools. Mr Sunak told MPs that the Labour leader was attacking “the hard-working aspiration of millions” after Sir Keir criticised tax breaks for private schools.

Mr Sunak, who was privately educated, told the Labour leader: “He talks about school standards – it’s under a Conservative Government and thanks to the reforms of the former education secretary that now almost 90% of schools are good or outstanding.

“Whenever he attacks me about where I went to school, he is attacking the hard-working aspiration of millions of people in this country, he’s attacking people like my parents.

“This is a country that believes in opportunity not resentment.

“He doesn’t understand that and that’s why he’s not fit to lead.”

Sir Keir told the Commons: “He talks about his record. It is simple, he can carry on being pushed around by the lobbyists, giving away £1.7 billion to private schools every year or we can put that money to good use. End the Tory scandal.

“He talks about his record. Hundreds of thousands of children leaving school without the qualifications that they need. I have made my choice, what is his?”

Mr Sunak replied the Government was “improving school standards for every pupil in this country”.

He added: “This is about supporting aspiration, and that is what this Government is proud to do.”

The Labour leader has asked the Prime Minister how “tough” he is going to get with his backbenchers who are “blocking the new homes this country so badly needs”.

“I love my kids, but I don’t want to cook them dinner in 30 years time. I’ve heard he is having a relaunch, apparently it’s called operation ‘get tough’. So how tough is he gonna get with his backbenchers who are blocking the new homes this country so badly needs?”

Mr Sunak replied: “We are delivering record numbers of new homes under this Government. He talks about toughness, he’s too weak to stop dozens of his own MPs joining the picket lines. If he wants to support those hard-working families and show some leadership, why doesn’t he confirm right now that no Labour MPs are going to join those picket lines?”