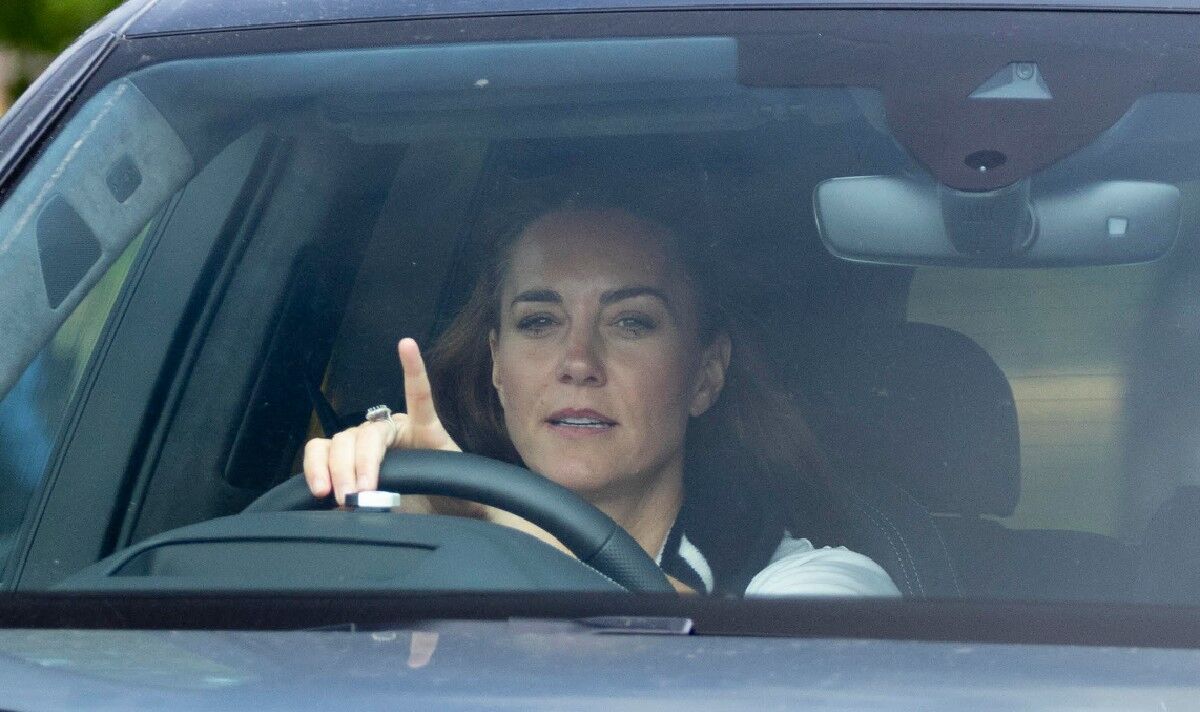 The new pictures were snapped of Kate on her first day in the family’s new home in Windsor.

The Cambridges, both 40, reportedly “travelled light” to the new estate at Adelaide Cottage, spending little on any refurbishments or new furniture.

Beloved cocker spaniel Orla has also moved with the family.

They moved to the four-bed cottage to be closer to their children’s new school in Ascot, ready for when term starts next week.

The new school run to the £7,000 a term Lambrook School in Berkshire is just nine miles from their new home.

Princes George, nine and Louis, four and Princess Charlotte, seven are due to start there after switching from St Thomas’s School in Battersea.

They attended the shool while they were living in Kensington Palace, London.

But the transition is well under way, with the new school uniforms for the children already having been purchased.

The Duke and Duchess are reportedly looking to be normal “school gate parents”, according to a Royal source.

The source added that they are looking to move away from the “goldfish bowl” of Kensington Palace in order to give their children some more freedom.

The family will have not be joined by their live-in nanny Maria Teresa Turrion Borrallo, who will live away from the family for the first time, as will other staff including the housekeeper and the chef.