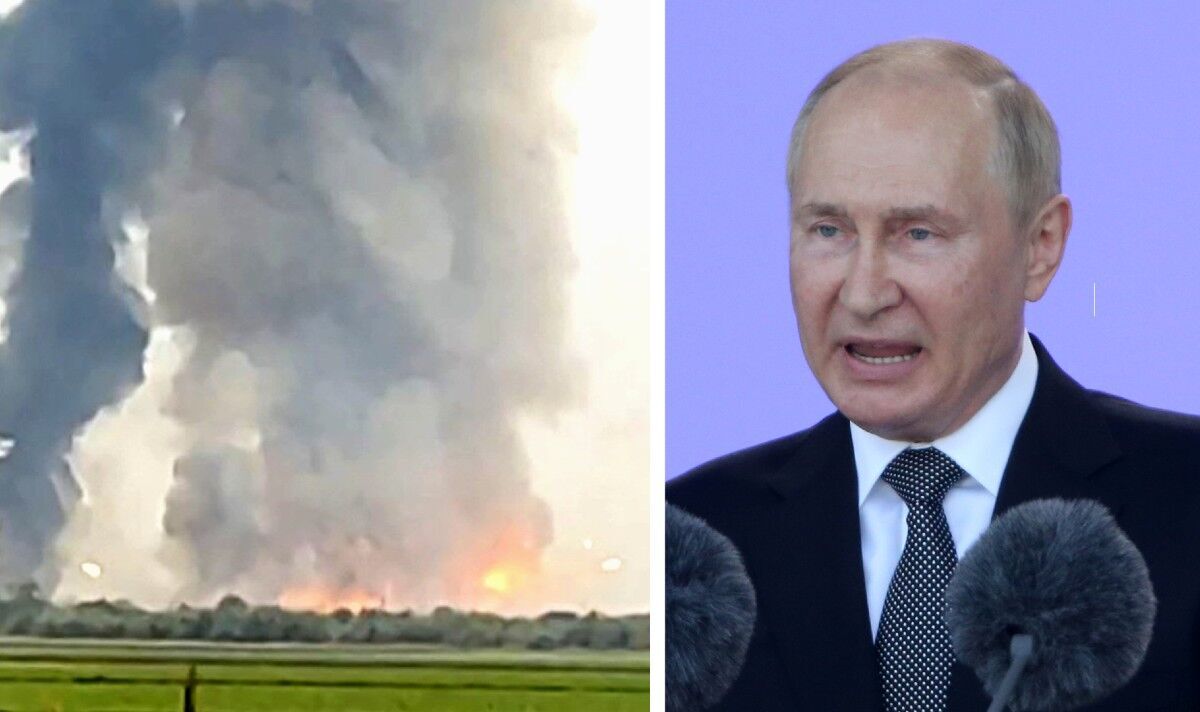 Dzhankoi in northern Crimea saw a number of explosions, thought to have damaged a nearby railway and electricity substation. Meanwhile, plumes of black smoke were spotted rising at a Russian military airbase near the Russian-controlled settlement of Gvardeyskoye. Russia’s Defence Ministry blamed the Dhzankoi explosions on “sabotage”, state-owned news agency RIA reported.

Smoke and explosions were seen at the airfield, where two squadrons of SU-24М and SU-25СМ attack aircraft were reportedly stationed.

He claimed that Ukrainian forces were “informed by local partisans”.

The UK Ministry of Defence (MoD) confirmed the explosions but said the cause of the incidents and extent of the damage is “not yet clear”.

Providing an update on Twitter, the MoD said: “On 16 August 2022, both Russian and Ukrainian officials acknowledged that an ammunition dump had exploded near Dzhankoi in northern Crimea, where a nearby railway and electricity sub-station were also likely damaged.

“Russian media also reported that smoke was rising from near Gvardeyskoye Airbase in the centre of the Crimea.”

It added: “Dhzankoi and Gvardeyskoye are home to two of the most important Russian military airfields in Crimea.

“Dzhankoi is also a key road and rail junction that plays an important role in supplying Russia’s operations in southern Ukraine.

As many as 22 aircraft and 190 helicopters have reportedly been wiped out.

Russian forces have suffered a number of setbacks in recent days, with three elite Russian helicopters being destroyed in the space of three days.

The Ka-52 choppers, flying over Ukraine, were taken down by Ukrainian air defences earlier this week.

The missiles were launched from the Caspian Sea on the evening of August 2.