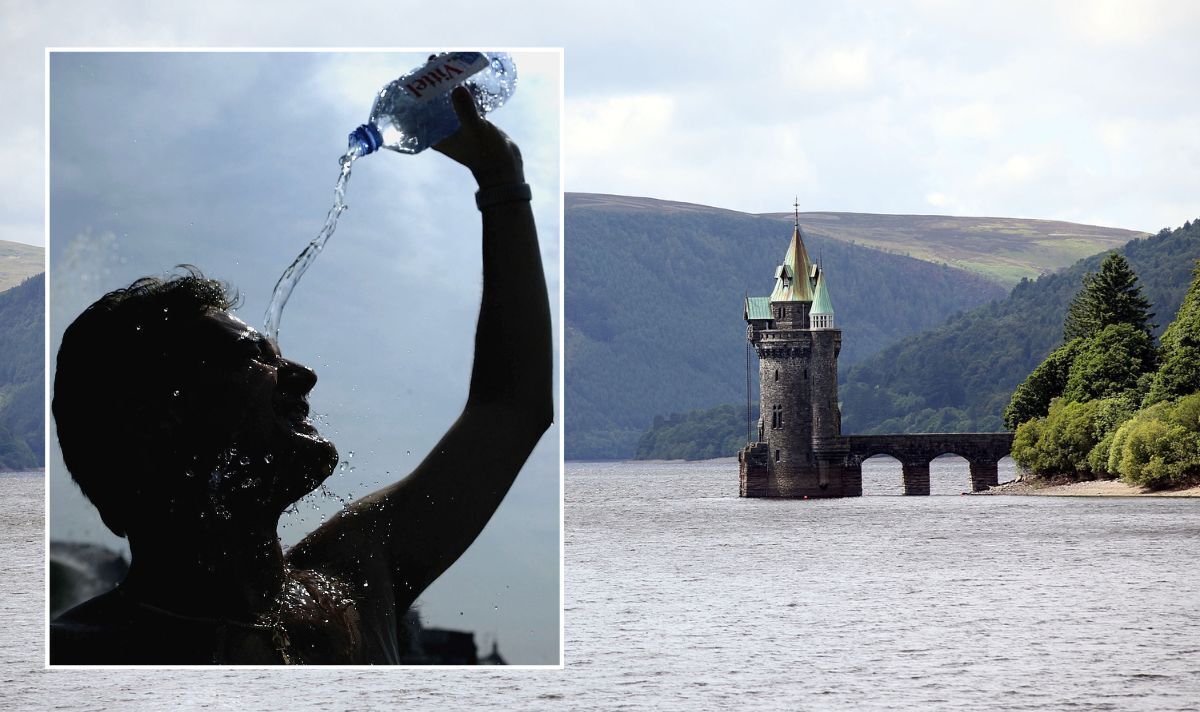 The hidden village is located at Lake Vyrnwy in Powys, Wales, just at the border of Snowdonia National Park. The lake is normally around 90 percent full in August but the recent heatwave has exposed the historic village for the first time since 1976.

The abandoned buildings were once the old village of Llanwddyn, and the historic settlement has recently been uncovered due to the recent heatwave this summer which has dried up the lake.

This is the first time in over 40 years that the remains of the village have been seen since the drought of 1976.

In the 19th century, the village consisted of 37 homes, a church, three pubs as well as several shops.

The Victorian village was abandoned in 1880, as villagers were forced to leave their homes so a dam and reservoir could be built.

The expansion of Liverpool at the time meant new sources of fresh water needed to be supplied to the growing city.

A parliamentary bill was passed to authorise construction, and a new village was built to house the original villagers.

The people of Llanwddyn were not consulted and at the time signed a petition against the proposal.

The dried-up lake can be explained by the recent heatwaves Britain has experienced this summer.

Water recorded record-breaking temperatures this summer, and has its hottest day ever on July 18.

The Met Office has recorded that Gogerddan, near Aberystwyth, reached 35.3C (95.5F).