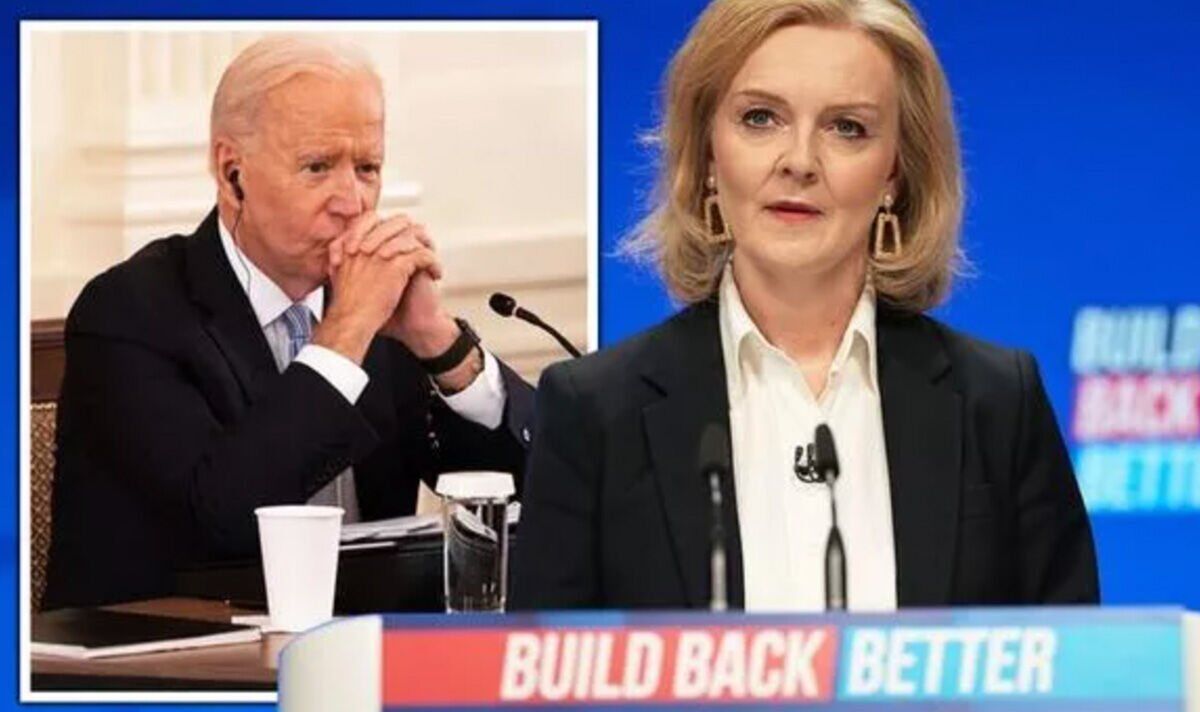 Liz Truss has been advised to tell US President Joe Biden to “mind his own business” and stop interfering with the Brexit process. Mr Biden and several members of his party have warned the UK could be put at the bottom of the list when it comes to trade should Brexit affect the Good Friday Agreement. The former Thatcher aide told GB News: ” You do have the striking correlation between the left-wing liberal elites in the United States and the left-wing liberal elites in the European Union.

“They have the same mindset. They see Brexit – a hugely popular, democratic move forward for the UK – as a threat to their worldview, to their left-wing ideology.

“And Brexit is all about sovereignty, self-determination, taking back out control.

“Joe Biden sees that as a threat to his super nationalist world view.

“And Joe Biden has been absolutely awful in terms of the treatment of Great Britain, he’s been condescending, he’s been arrogant.”

JUST IN: Global world order is changing – Has the US finally lost its grip? JAMES LEE

Mr Gardiner continued: ” Liz Truss, if she becomes the Prime Minister and highly likely to be the next Prime Minister, needs to stand up to Joe Biden.

“She needs to defend British interests and she needs to tell Joe Biden to mind his own business, frankly.”

A new poll conducted by The Democracy Institute for Express.co.uk found 52 percent of the 1,500 US voters participating in the survey would back plans for a trade deal with the UK.

However, the number fell to 46 percent when respondents were asked about potential issues with peace on the island of Ireland.

“Also there is the affinity and reservoir of goodwill towards the UK, its principal ally.

“If you are going to pluck a country out and suggest that America might have a trade deal, you do worse in every case other than the UK.”

He continued: “The fact that the figures for such a trade deal are not off the chart reflects the fact that Americans are more cynical about trade deals than they were.

“There has been a flip on the American side. It wasn’t that long ago that the opposition to free trade was very much on the political left, the protectionist pro-tariff labour unions and politicians who represented them.

“Free market and big business types on the right were in favour.”