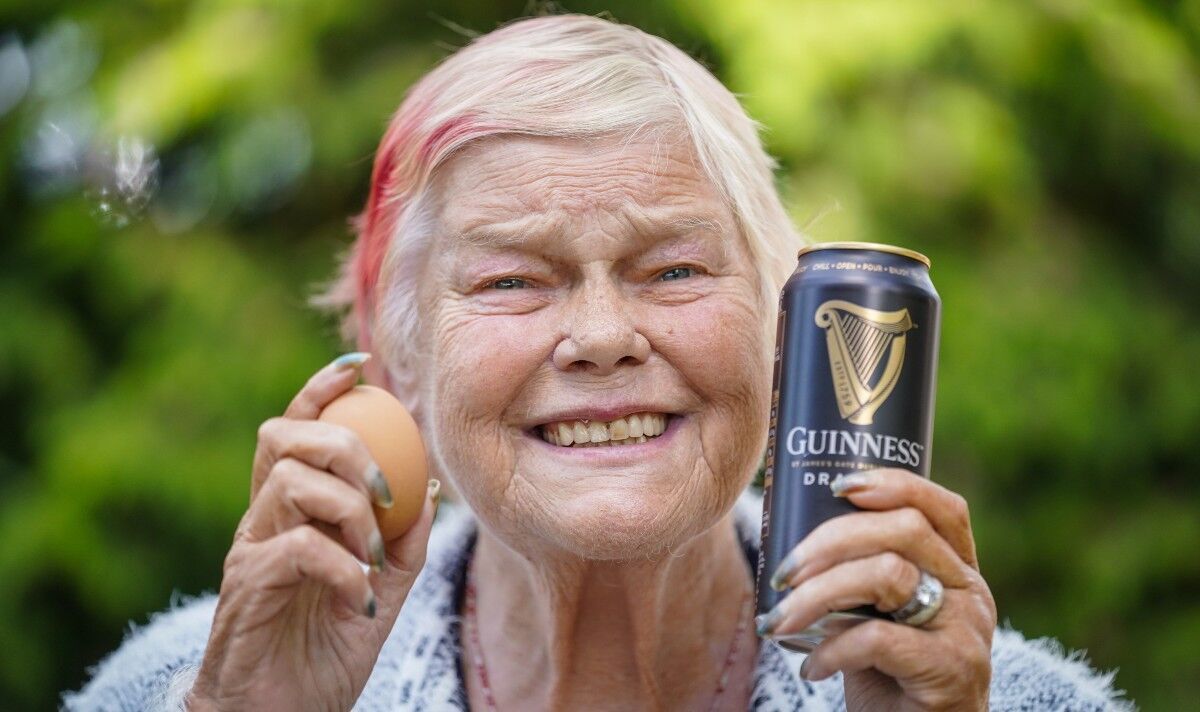 Maggie Ives, a retired pub landlord, fell and broke her pelvis in a horrific injury, leaving her hospitalised for 22 weeks in a Worcester hospital. Along with the broken pelvis, Ms Ives also suffers from chronic kidney and cardiovascular disease and Parkinson’s disease. She told South West News Service: “I can’t even tell you what hospital I was in.

“All I can tell you is I was in there 22 weeks. I kept coming and going, slipping in and out of consciousness.

“I was hallucinating. I was at end of life. My brother and sister were called in so they could register my death and go to the undertaker.”

Ms Ives also recalled how she was put on 133 different antibiotics by drip as she struggled to overcome her health battle.

But the 78-year-old attributed her miraculous recovery to an “old recipe” she used to use when she “used to feel rough years ago”.

She added: “I’m a great believer in raw eggs and Guinness – I swear by it. You don’t even taste the eggs at all. You just swallow them down. I’ve been doing that for quite a long time.

“Whenever I used to feel ill I’d always have half-a-pint of Guinness with two raw eggs dropped in, if it’s a pint you need three eggs.

“I just drop the eggs in, never mix it up, and then just drink it. It does the trick.”

After Ms Ives left hospital, she was sent to a care home where she asked for her special remedy.

She said: “As soon as I woke up in the care home after my time in hospital, I asked for Guinness and eggs and literally days later I started feeling better.

“Obviously the staff here are amazing but I absolutely swear by my little tipple.”