Skip to content
HomeNews‘Going to blush!’ Beaming Kate, Princess of Wales responds to well-wishers outside Windsor 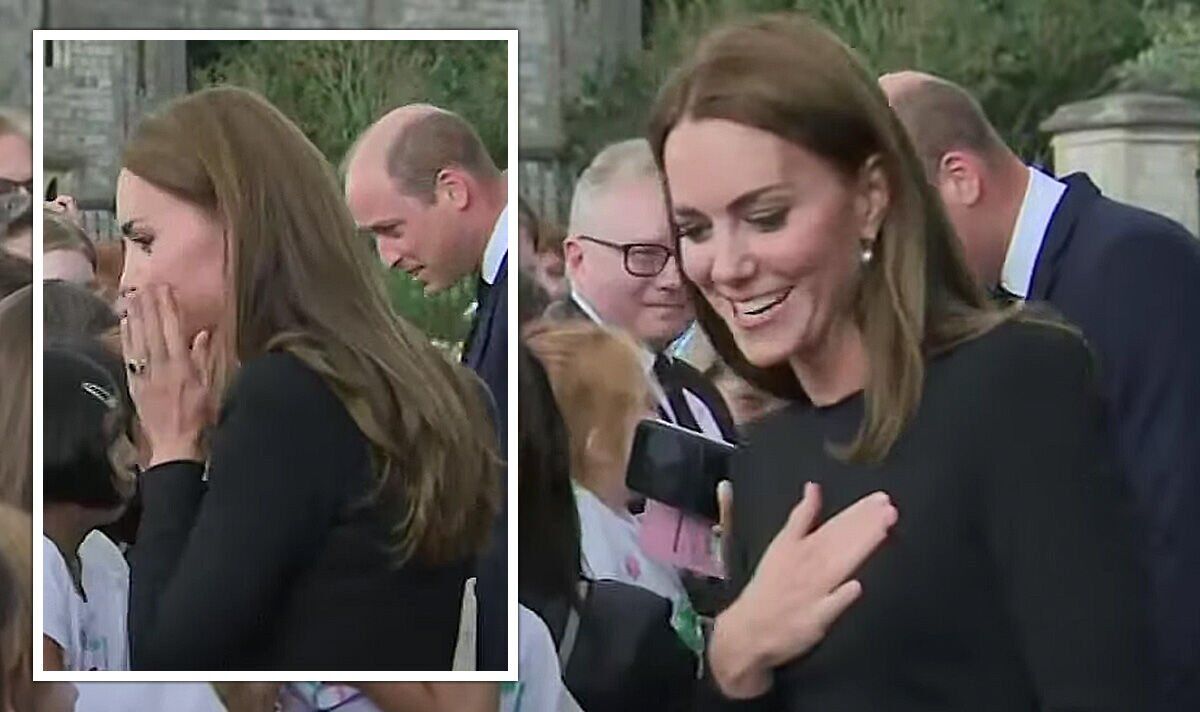 The four royals were all met with gushing applause and a warm welcome from the crowd which had gathered outside Windsor Castle. At one point, Kate, the Princess of Wales, can be seen patting her cheeks as she chats with one of the well-wishers.  Kate can be seen smiling as she responds: “I’m going to blush!”

Onlookers remained silent as a mark of respect as the two couples read floral tributes to the Queen outside the gates.

Thousands had poured in through the day to leave notes and letters at the gates thanking the late monarch for her service.

The crowds were then heard breaking out in applause and cheers as Kate, William, Harry and Meghan all approached.

The surprise joint appearance of the two couples marks their first public appearance together since the death of the Queen on Thursday.

JUST IN: Emotional William and Kate appear at Windsor

It is also understood to be the first time both couples have been seen in public together since Commonwealth Day on March 9 2020.

The surprise appearance comes amid speculation of a rift between the two couples.

The Prince and Princess of Wales along with the Duke and Duchess of Sussex spent nearly 40 minutes in total speaking to the well-wishers.

The four royals were dressed in all black.