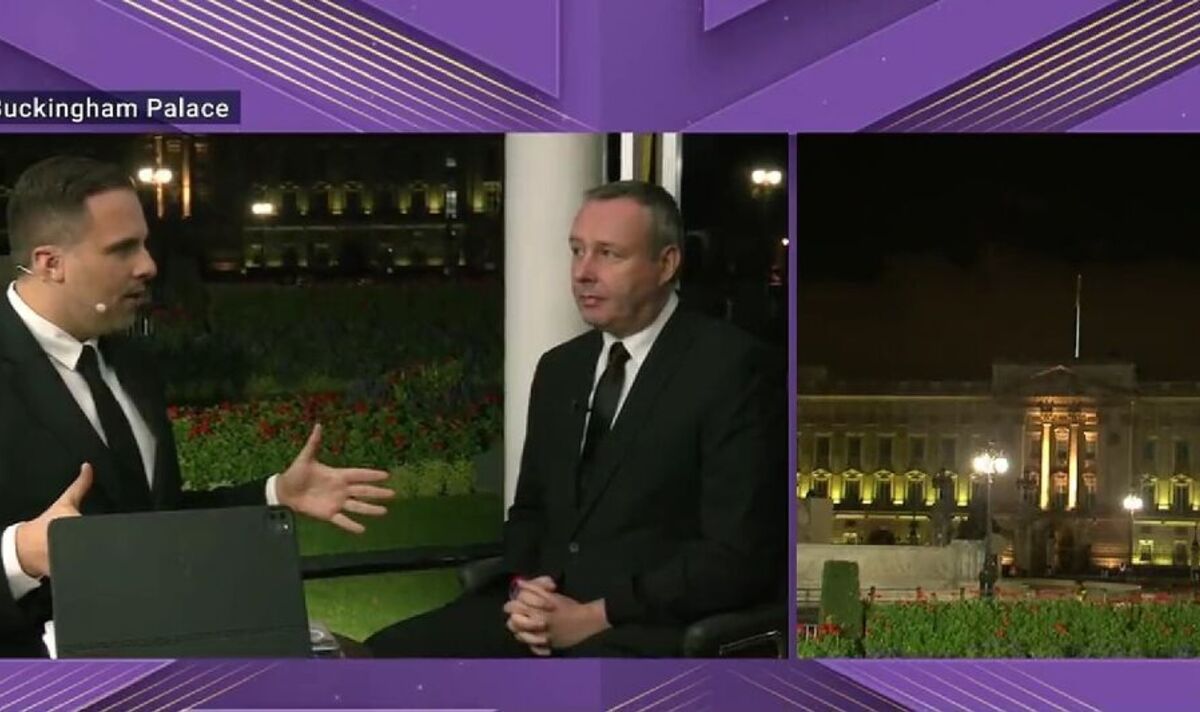 Speaking to GB News host Dan Wootton the channel’s home and security editor Mark White described the “complex” and “eye watering “operation. Mr White described how much to the chagrin of some world leaders ,a number of them were transported to the funeral due to practical considerations.

He said: “We got a very eye watering example of just how complex this security operation is when we had this state reception at Buckingham Palace earlier on tonight.

“With hundreds of world leaders and other dignitaries attending that and they had to be escorted in.

“Some on motorcades, others on buses because there just is no practical way of taking hundreds of people in a secure bubble to the palace and tomorrow to Westminster Abbey.

“So they had to go on these, call it podding, onto buses and they would have armed police on the buses.

“They had several armed vehicles around the bus and motorcycle escorts.

“A little undignified for those of who are probably used to the fineries of a splendid motorcade.

“But that’s just the practical realities of how you deal with such a large gathering of world leaders.

“The problem that the security services have [is] they would love to do like the Americans do, hich is to put this sterile bubble round their political leaders or their VIP.

“We don’t do that in this country.

“It’s accessibility, you’ve seen on more than one occasion now our monarch and of course other members of the royal family just getting out of their vehicles, pressing the flesh, being close to the public, their subjects.

“But that presents very significant security risks because of the thousands of people who will be gathered in around here, around Westminster Hall, all of the route, all the way in fact to Windsor cannot be security vetted.

“You just can’t put them through airport style scanners and things like that.

“You’re just trusting that the security officers the personnel along that route are able to react if the worst was to happen.

“Hopefully it won’t and certainly the Americans, well they don’t care in a sense how we choose to conduct the security operation they will always protect their own President in their own security bubble.”