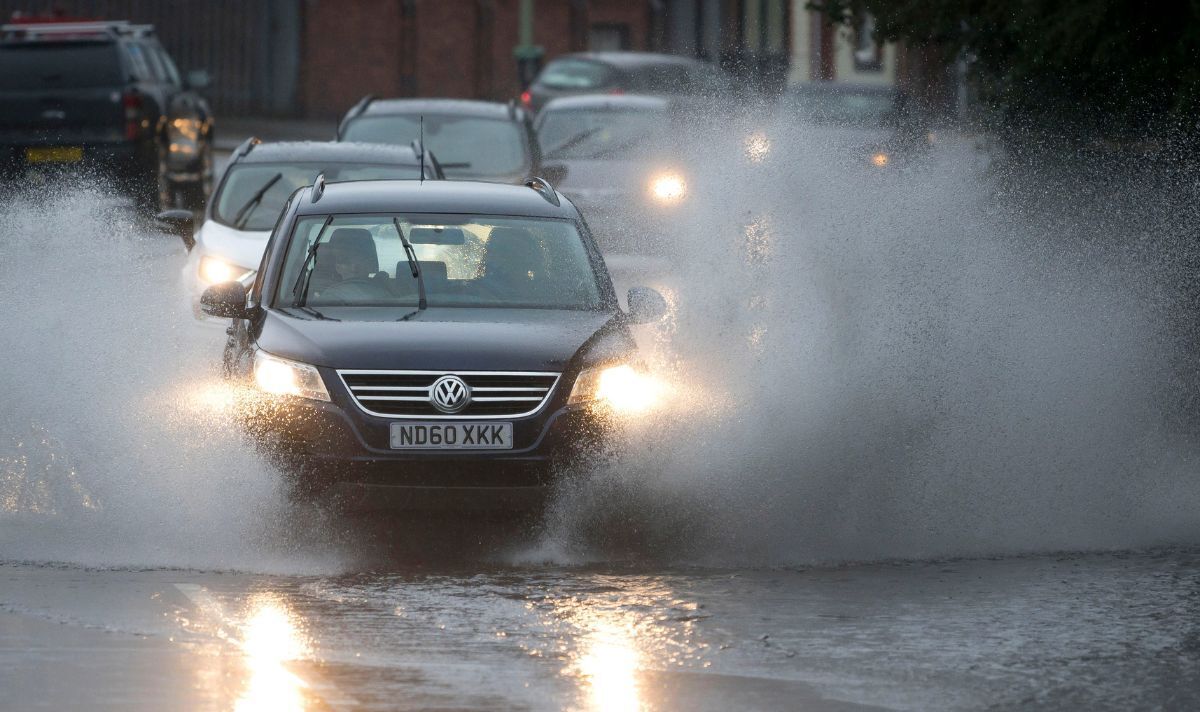 A yellow warning was put in place for thunderstorms until 2 am on Monday morning for the majority of southern and eastern England. The Met Office has said on its website: “There is a small chance that homes and businesses could be flooded quickly, with damage to some buildings from floodwater, lightning strikes, hail or strong winds.”

Despite the heavy rain and stormy weather over the weekend, the coming week is looking to have milder weather.

For the beginning of the week, light showery rain is expected in the far north of Britain, but the rest of the country will have drier weather compared to the last few days and there may even be some sunshine.

On Tuesday, central and eastern parts of Britain will see dry and sunny spells, while the southern and western parts of the county may see some wind and rain.

The later part of the week will experience breezy winds with some showers, and the west may experience some heavier rain.

Certain areas in southern England, including London, have experienced flooding due to the weather this weekend which may lead to travel disruptions.

Video footage on social media at the weekend has shown the streets of the capital flooded, with heavy flooding in areas such as King’s Cross.

Those travelling on Monday have been warned to check and plan their routes as there has been road closures and train disruptions due to the flooding.

Drivers are being asked to travel cautiously on the A12 southbound at the A11 junction, A406 westbound at the A104 junction, and A12 eastbound between Whalebone Lane and Mawney Road.

Alex Burkill, a Met Office meteorologist has warned of heavy rain in certain areas of the country which could lead to further flooding.

He said: “It is because of the risk of some heavy thunderstorms coming through, talk of 20 to 30 millimetres perhaps in just an hour, and for some 40 to 60 (millimetres) in two to three hours.

“So, whilst the totals won’t be that high, we’re talking flash flooding, surface water flooding, just because of intense rates in a short period of time.”