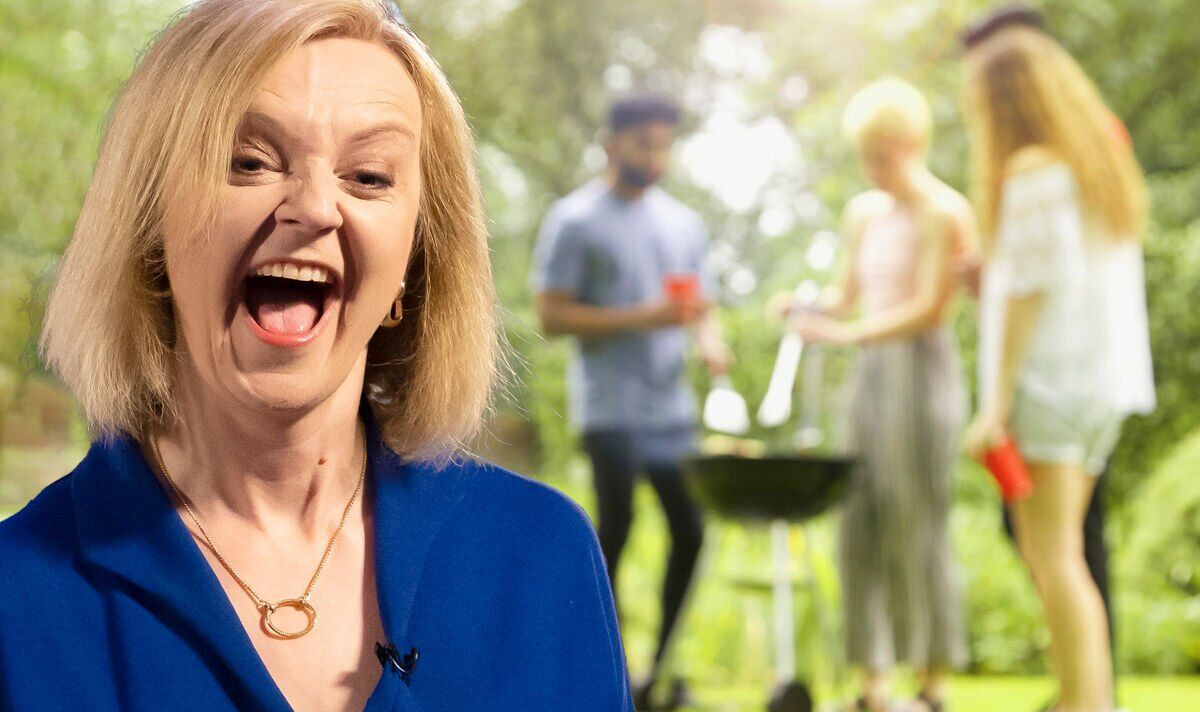 The frontrunner in the Tory leadership contest is not just popular for her tax cutting and pro-Brexit policies. She has picked up almost one in five votes (19 percent) in an exclusive poll by Techne UK for Express.co.uk for being the hot political ticket to a summer barbecue. The Foreign Secretary was 11 points ahead of her rival former Chancellor Rishi Sunak, who would much rather crack open a bottle of coke, in a list which included six leading politicians.

A source from Ms Truss’s campaign said: “These latest findings show Liz is relating to the great British public.

“She will continue to tour the country, showcasing her positive vision, highlighting she remains the only person capable of beating Labour.”

The result comes in the same polling of 1,624 UK voters on August 10 and 11 which also revealed she had picked up almost twice as many Tory voters supporting her as Mr Sunak with 60 percent (up 4) to 33 percent (down 3).

The only politician to get more barbecue invitations was Labour leader Sir Keir Starmer who appeared to defy his reputation for being boring.

But as he was the only Labour politician on the list his number was below the number of party supporters on 39 percent.

In total 31 percent chose Conservative politicians with Mr Sunak on 8 percent and Boris Johnson on a surprisingly low 4 percent after his Partygate scandal in Downing Street.

Meanwhile, Lib Dem leader Sir Ed Davey only attracted four percent less than a third of the support for his party in the poll.

She was the least popular with a mere 3 percent.

However, more than a quarter (26 percent) would rather not have a politician there at all.