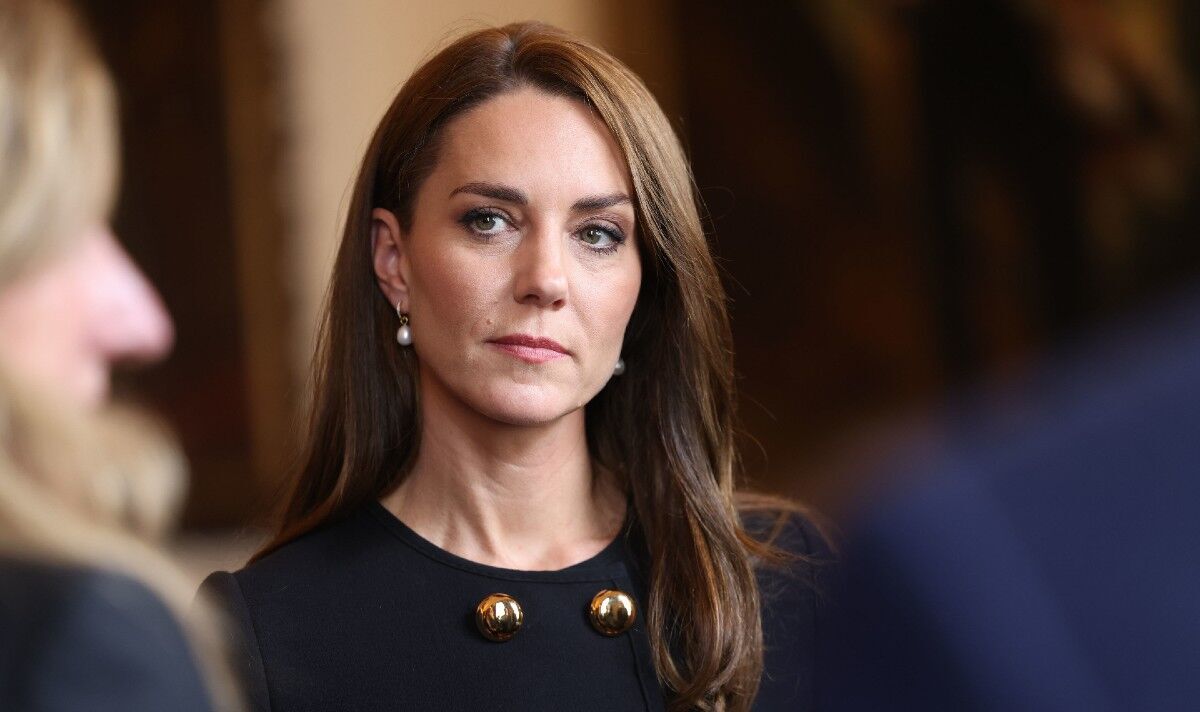 Royal fans have praised Kate, Princess of Wales after she was pictured for the first time since Queen Elizabeth II’s funeral. Kate was pictured on a surprise royal engagement at Windsor’s Guildhall to meet volunteers and operational staff who were involved in facilitating the committal service for Queen Elizabeth II. The service was held on Monday afternoon at St. George’s Chapel.

The unsung heroes worked behind the scenes on the day itself and in the run-up to the service to arrange portaloos, bins, road signs and move flowers among other duties.

Responding to the pictures of Kate, one royal watcher, nicknamed @CPT_faris wrote on Twitter: “Beautiful couple.”

They added: “Proud of the Prince and Princess they have held up well over the past day, but the days ahead of them will be sad, but the rest of the country is with them.

Another, Pooja (@Pooja33719735) wrote: “A nice gesture for the Prince and Princess of Wales to take time out of their mourning period to personally thank volunteers and staff who helped make the Queen’s Comittal Service possible, especially with the huge crowds.”

Helen Reddock (@reddockhelen2) wrote: “[Two] very lovely [people] who think of others rather than them selves thank you prince princess of wales.” [sic]

Isabel Marins (@cadimamartins) added: “Prince and Princess of Wales are loyal to the Crown and the UK.”

The Prince and Princess of Wales arrived at the Guildhall earlier today, being met by huge crowds with both dressed in black outfits.

While this is Kate’s first appearance since the committal service at St. George’s Chapel, her husband William appeared on video at the Earthshot Innovation Summit held in New York on Wednesday.

Earlier today, Princess Anne met with personnel from across the Corps at St Omer Barracks, Aldershot, who played a central role in providing logistical support during Queen Elizabeth II’s funeral and other ceremonial duties.

She made the appearance in her role as Colonel-in-Chief of both the Royal Logistic Corps and Royal Corps of Signals.

The Queen’s Funeral took place at Westminster Abbey at 11am on Monday.

The funeral was conducted by the Very Reverend Dr David Hoyle Dean of Westminster, while the sermon was delivered by the Most Reverend and Right Honourable Justin Welby, Archbishop of Canterbury.

A peak audience of around 28 million people tuned in to watch the service, which was broadcast on more than 50 UK channels.