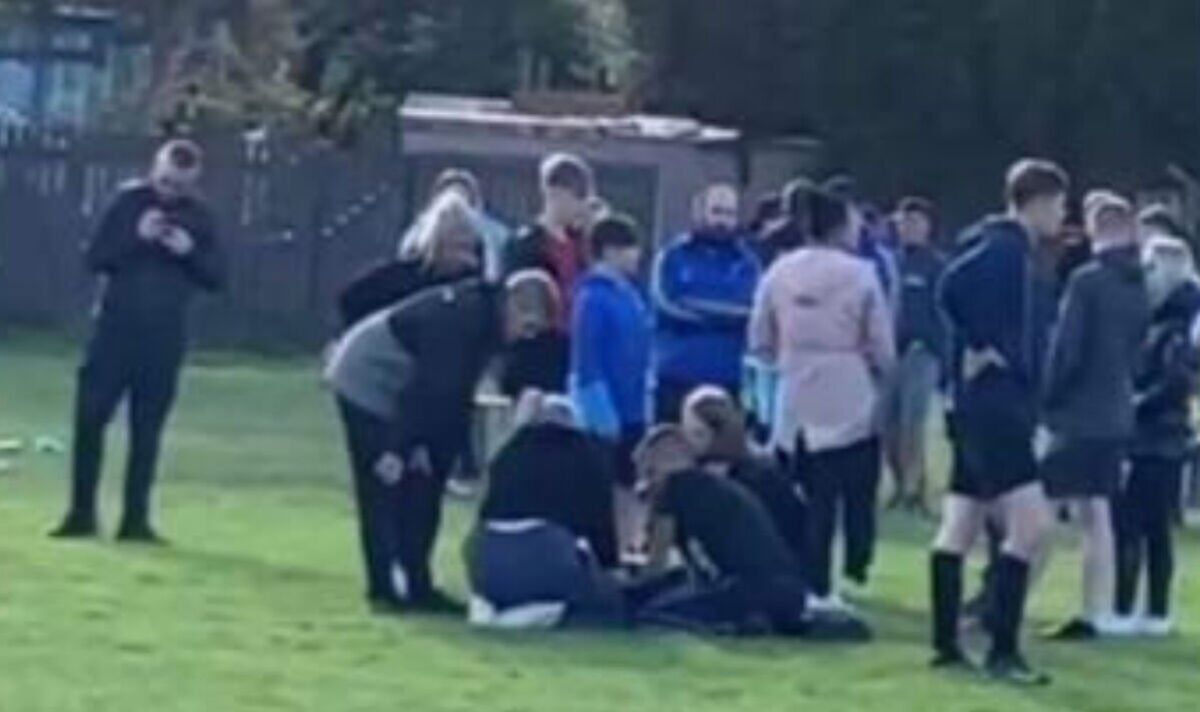 The Football Association (FA) have launched an urgent investigation after a referee was hospitalised with horror injuries after “showing a player a red card”.

Wigan Today reports the referee showed a red card to a Platt Bridge player and what followed was a sickening attack at the weekend.

Greater Manchester Police and the Lancashire Football Association are now investigating, alongside the English FA.

On Facebook referee David Bradshaw posted on Monday: “Hi all been a very traumatic 12 hours thanks for all the kind words.

“I’ve sustained substantial injuries I’ll survive my confidence has been smashed to bits.

“Please because of one person don’t tarnish the club with the same brush. The club are doing great things for the community. Up the refs.”

Responding to the incident Platt Bridge FC released a statement confirming the player who assaulted Mr Bradshaw is no longer with the club.

It read: “We as a club do not condone any violence towards anyone in the football community.

“We are ashamed of what has happened, and the player is no longer playing with our team going forward.

“We as a team hope we can build our reputation back to what we have worked so hard for.” The club also confirmed they had apologised to Mr Bradshaw for the incident.

On social media, Mr Bradshaw, who serves as the Under-13 secretary for the Bolton, Bury & District Football League, has received hundreds of comments of support with many shocked by the brutality of what unfolded.

“We have been very clear that all forms of anti-social behaviour, abuse and assaults on match officials and participants are completely unacceptable and we will not tolerate this in the game. We are investigating the incidents as a matter of urgency, working with the Lancashire FA, who are liaising with the police and supporting the match official and player affected.”

In response to the FA’s statement, Ref Support UK – a charity devoted to training and supporting match officials – called for ‘changes now’.

They wrote: “To be fair to The FA this is a welcome, but sad change to their modus operandi, as they have never in the past made a statement like this.

“They must make it clear what their idea is that #enoughisenough. No more holding statements no more soulless campaigns. Make changes now.”