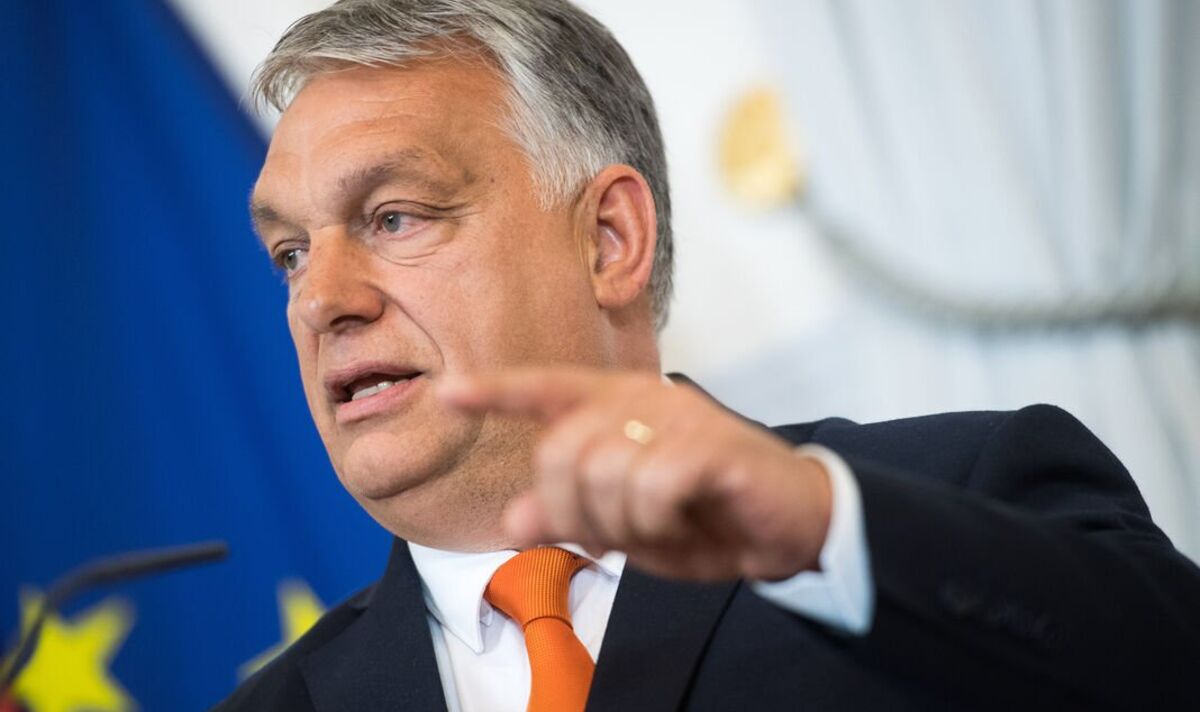 A rift between the European Union and Hungary deepened on Tuesday when Budapest vetoed an €18billion (£15.5billion) financial aid package to Kyiv, leaving the other 26 nations scrambling to keep the money supply going. Hungary’s defiant stance also exacerbated an EU dispute over the rule of law under Prime Minister Viktor Orban and his view of Russia’s invasion of Ukraine.

The nation of 9.7 million was able to use the EU’s intricate institutional rules to frustrate the bloc and its 450 million people on an enormous geopolitical challenge and helping an ally in dire need.

“There are millions of people without water, heat or electricity. So we really need to move forward,” he said.

Dutch Finance Minister Sigrid Kaag added: “It would undermine the credibility of the European Union if we cannot deliver. So it is essential.”

Many of the 26 member states believe Mr Orban is refusing to go along because the EU is threatening to punish Hungary by withholding billions of euros for failing to implement solid rule-of-law reforms. That decision faces a December 19 deadline and the perception is that Hungary is trying to use blackmail against other members.

“Viktor Orban is abusing the veto like no one before him. He even takes funds for Ukrainian hospitals hostage for this,” said MEP Daniel Freund, a member of the Green party and a parliamentary negotiator on the rule of law issue. “Viktor Orban could not have given Putin a nicer present today.”

Mr Orban said his move had nothing to do with vetoing aid for Ukraine but was much more about how the EU should be run.

He called reports about a veto to be “fake news” and insisted “Hungary is ready to give financial assistance to Ukraine, on a bilateral basis”.

But he said that providing the aid the way his 26 counterparts want to do it “is not the solution. If we continue to go down the road towards a debt community, we will not be able to turn back”. He did not elaborate.

Underscoring the possible rift in the international coalition backing Ukraine against Russia, US Ambassador to Hungary David Pressman said he was traveling to Brussels “to consult with Hungarian officials and senior European Union and NATO counterparts on a range of pressing issues of shared concern. Maintaining unity of purpose at this critical moment is of paramount importance.”

The EU requires unanimity to send Ukraine money through the bloc’s channels, but individual nations are also able to do so on their own, although it is more complicated to coordinate the effort.

“We are doing our utmost to ensure that the money can be disbursed at the beginning of January,” said Czech Finance Minister Zbyněk Stanjura. “Whether it is Plan A or Plan B, at whatever price, we have to do that.”

Mr Freund was also convinced it would happen.

“The EU will find ways to support Ukraine even without Hungary. But that means: more time, more effort, more costs,” he said.

The EU’s has until December 19 to decide whether to punish Hungary financially over the rule-of-law disputes, and EU leaders meet for a two-day summit next week, increasing chances the issues could land on their table.

DON’T MISS:
Putin braces for mutiny as hundreds of Russian soldiers defy orders [INSIGHT]
Biden gears up for Brexit intervention as US to appoint special envoy [ANALYSIS]
Rishi Sunak hails gas deal with US which will ‘slash prices’ [VIDEO]

EU nations have been mulling for years whether to go after Mr Orban for what he calls his brand of “illiberal democracy” but what is seen by many others as unfit for the EU’s traditional sense of Western democratic liberalism.

The EU’s executive branch proposed that the bloc suspend about €7.5billion in regular funding to Hungary over concerns about democratic backsliding and the possible mismanagement of EU money.

Hungary already agreed to 17 anti-corruption measures, including the creation of a task force and changes to its public procurement rules, but the Commission wants to see more action.

The money can be frozen under a recently introduced conditionality mechanism that allows the EU to take measures to protect its budget.