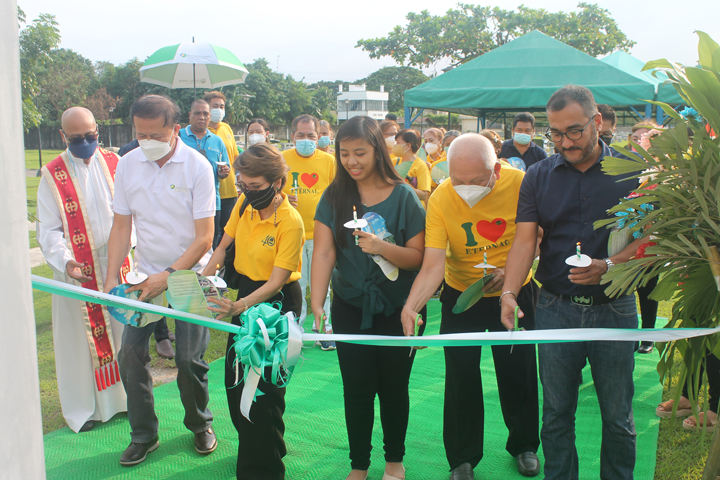 Eternal Crematory celebrated the blessing of the new San Lorenzo Ruiz Columbarium in Eternal Gardens Baesa, Caloocan City and Eternal Gardens Biñan City, Laguna in ceremonies held at the respective branches on September 28, 2022. The events coincided with the Feast of San Lorenzo Ruiz, the first Filipino saint, whose image can be found at the center of each columbarium.

Present during both events were the top executives of its sister company Eternal Plans, Inc., (EPI) headed by its Vice Chair and Chief Executive Officer D. Antoinette C. Cabangon-Jacinto, Board Director D. Adrian C. Cabangon, and President and Chief Operating Officer Elmer M. Lorica, who is also the president of Eternal Crematory Corporation. EPI’s supportive salesforce members were also in attendance, along with executives and officers of member companies of the Eternal Group, including Eternal Gardens President and COO Numeriano B. Rodrin, Vice President for Finance Marvin C. Timbol, and Executive Officer Dannica Nicole A. Cabangon.

Designed to be an economical alternative to the more costly traditional interment, each crypt at the San Lorenzo Columbarium can accommodate up to two urns. The columbarium in Baesa offers more than 2,000 new crypts, while the one in Biñan has over 500 new crypts.

Eternal Crematory is one of the first companies to offer cremation services in the country after its establishment in 1995 by the late Ambassador Antonio L. Cabangon Chua. It is part of the ALC Group of Companies, along with its sister companies Eternal Gardens, Eternal Chapels, and Eternal Plans, Inc., under the leadership of its chairman, D. Edgard A. Cabangon.