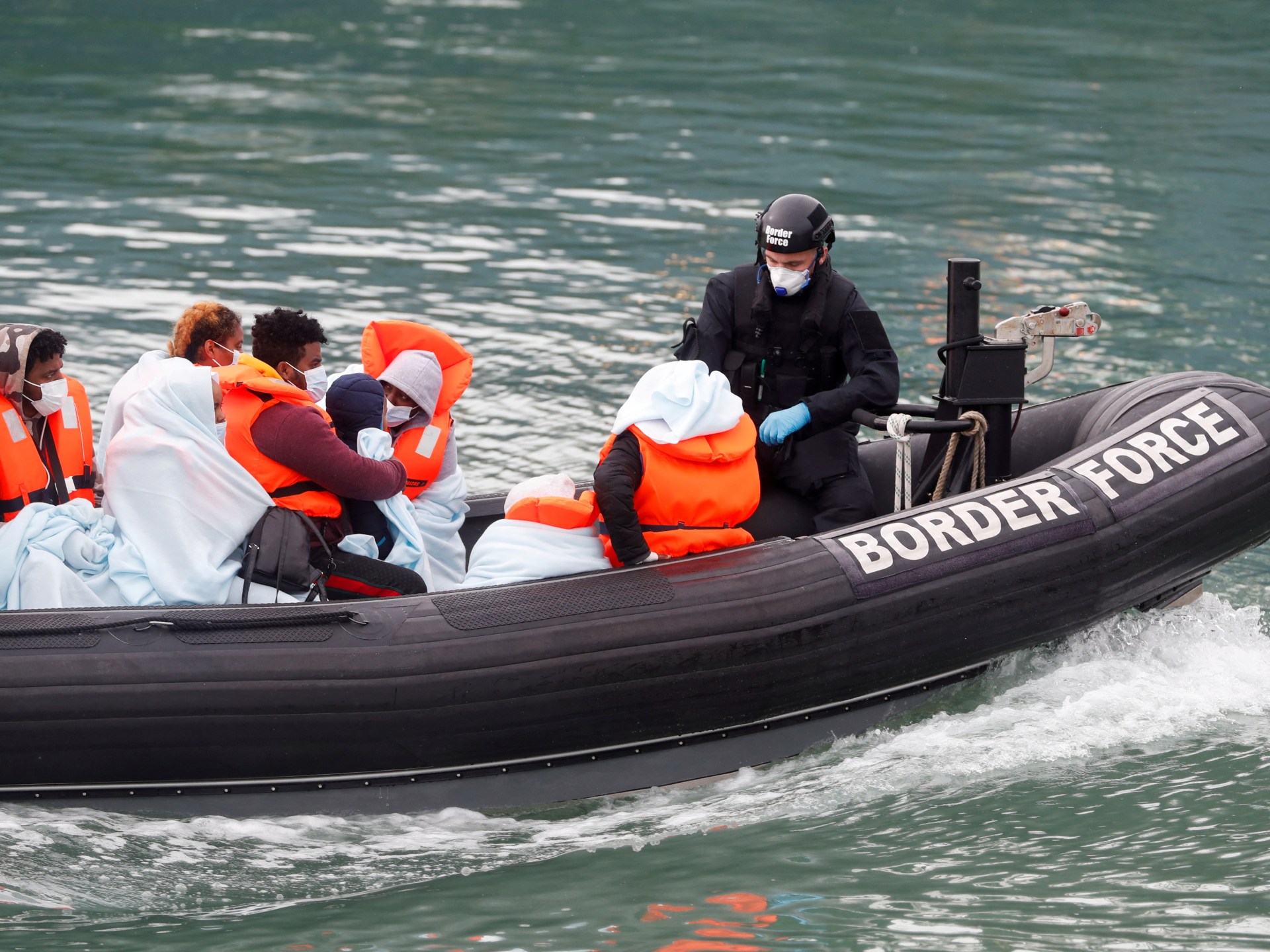 The UK government figures say the number of people crossing the English Channel from France has hit a new high.

The number of people crossing the English Channel to the UK from northern France in small boats has hit a new high, according to the government in London.

The UK’s defence ministry said on Tuesday that 1,295 people were detected on Monday, beating the previous single-day record of 1,185 on November 11, 2021.

Babies and several other young children, including those wrapped in blankets and wearing woollen hats, were seen being brought ashore in Dover.

Life vests were pictured lying in piles on the Kent dockside after dinghies and other vessels were intercepted in the Channel.

The crossings came after a three-day hiatus between Friday and Sunday when no arrivals were recorded.

So far this year, there have been about 22,670 crossings – nearly double the number at the same point in 2021.

Last year, the UK authorities intercepted and brought ashore a total of 28,526 people as they tried to cross the busy shipping lane.

The issue has caused a significant political headache for the UK government, which promised tighter border controls after leaving the European Union.

It has also heightened tensions between London and Paris, with the UK government accusing France of not doing enough to stop the crossings.

To try to address the issue, laws have been tightened to target people-smuggling gangs behind the crossings.

But controversial plans to send some migrants to Rwanda for resettlement have been stymied by a series of legal challenges.

The UK government has defended the policy as necessary because the costs involved in processing asylum claims and housing migrants are too high.