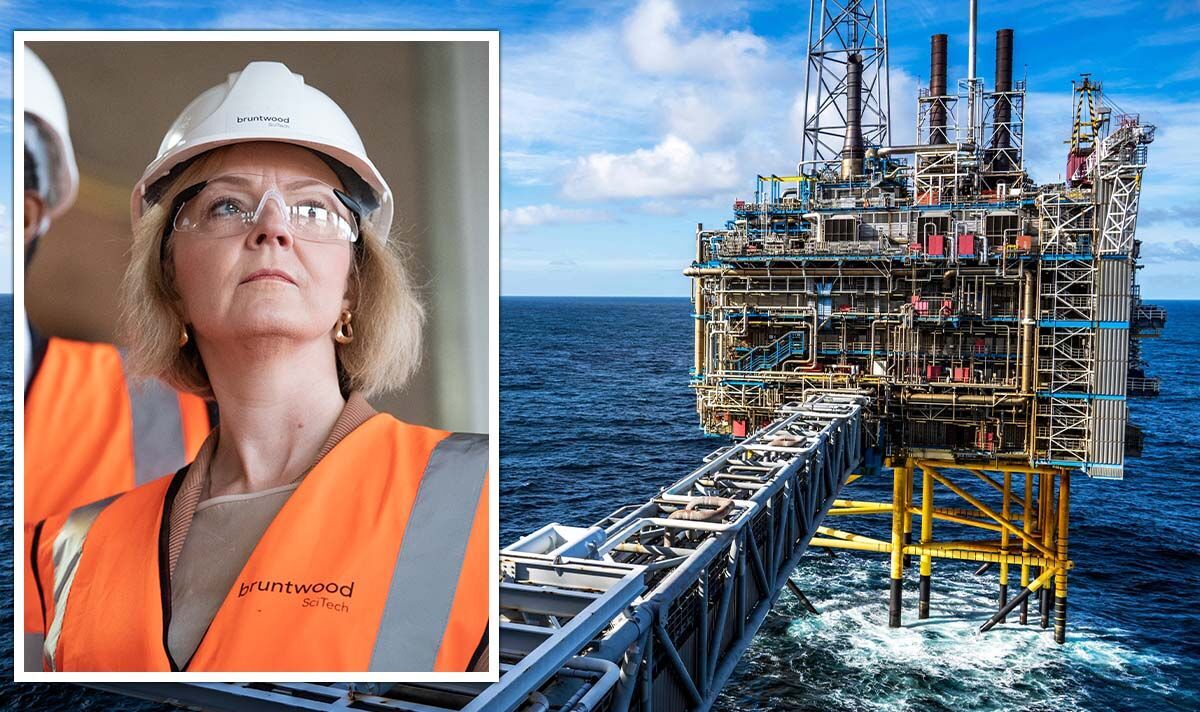 As European countries scramble to secure energy supplies following fears of a loss of Russian gas this winter, Prime Minister Liz Truss may soon race ahead of the competition with a major long-term deal. Ms Truss is currently in talks with Norway, the UK’s main supplier of energy, to sign a 20-year deal for gas supplies, in a bid to prevent blackouts. This winter, demand for energy is set to soar across Europe, while Russia, Europe’s largest energy provider, has been squeezing supplies and could cut off the continent altogether as the war in Ukraine intensifies. This has led to increased competition for gas supplies, which has led Ofgem, the UK’s energy regulator to warn that there is a “significant risk” of gas shortages this winter.

In a bid to prevent such a nightmare scenario, ministers have been tasked with negotiating with their counterparts in Norway to secure a potential 20-year gas supply contract, according to Bloomberg.

This deal would increase the UK’s reliance on Norway for energy, as the country is already the UK’s single biggest supplier of gas, responsible for 60 percent of the total gas demand.

Mr Truss said that ministers were “looking” at multi-year gas deals with Norway and around the world, adding: “I have not signed any deal. But what I’m saying is that Britain’s energy security is vital and what we will be doing is always looking for value for money, of course, we will, but it’s important that we have that long-term energy security.”

Norway is also the third largest exporter of natural gas in the world, trailing behind Russia and Qatar, which is why it was dubbed the “battery of Europe”.

Following her appointment as Prime Minister, Ms Truss has been focussing on boosting the UK’s energy supplies, even “creating an energy supply taskforce”, comparing it to the urgency and the success of covid vaccine taskforce that was created in 2020.

Speaking in the House of Commons following her appointment, Ms Truss said: “The way we are going to defray the cost of intervention is first of all by ramping up supply.

“Following on from the successful vaccine taskforce, we have created a new energy supply taskforce under the leadership of Maddy McTernan. They are already negotiating new long-term energy contracts with domestic and international gas suppliers to immediately bring down the cost of intervention.

“We are also accelerating all sources of domestic energy, including North Sea oil and gas production. We will be launching a new licensing round, which will expect to lead over 100 new licenses being awarded.

The Government is not only looking to Norway to boost energy supplies, as Jacob Rees-Mogg, the Business and Energy Secretary, met with the Qatari minister for energy affairs, Saad Sheriba Al-Kaabi, in London yesterday.

The two ministers discussed “energy relations and co-operation between Qatar and the UK and means to enhance them,” according to a statement from state-owned energy company Qatar Energy.

Qatar, the second largest global supplier, has also had a longstanding relationship with the UK, and through a strategic investment partnership announced in May, the two countries could deepen their ties.

Meanwhile, In a letter from Ofgem to power company SSE, they said there was a chance of a “gas supply emergency” because of Russia’s war in Ukraine, which has already caused havoc on energy supplies across the globe.

Ofgem said it predicted “this winter to be more challenging than last year” and was taking “reasonable regulatory steps to mitigate and reduce the risks”.

Ofgem told the BBC: “This winter is likely to be more challenging than previous ones due to the Russian disruption of gas supplies to Europe.

“Britain is in a good position with little direct import of gas from Russia; our own domestic gas production; reliable supplies from Norway; and the second-largest port capacity in Europe to import liquified gas. Nevertheless, we need to be prepared for all scenarios this winter.

“As a result, Ofgem is putting in place sensible contingency measures with National Grid ESO (electricity system operator) and GSO (gas system operator) as well as the government to ensure that the UK energy system is fully prepared for this winter.”