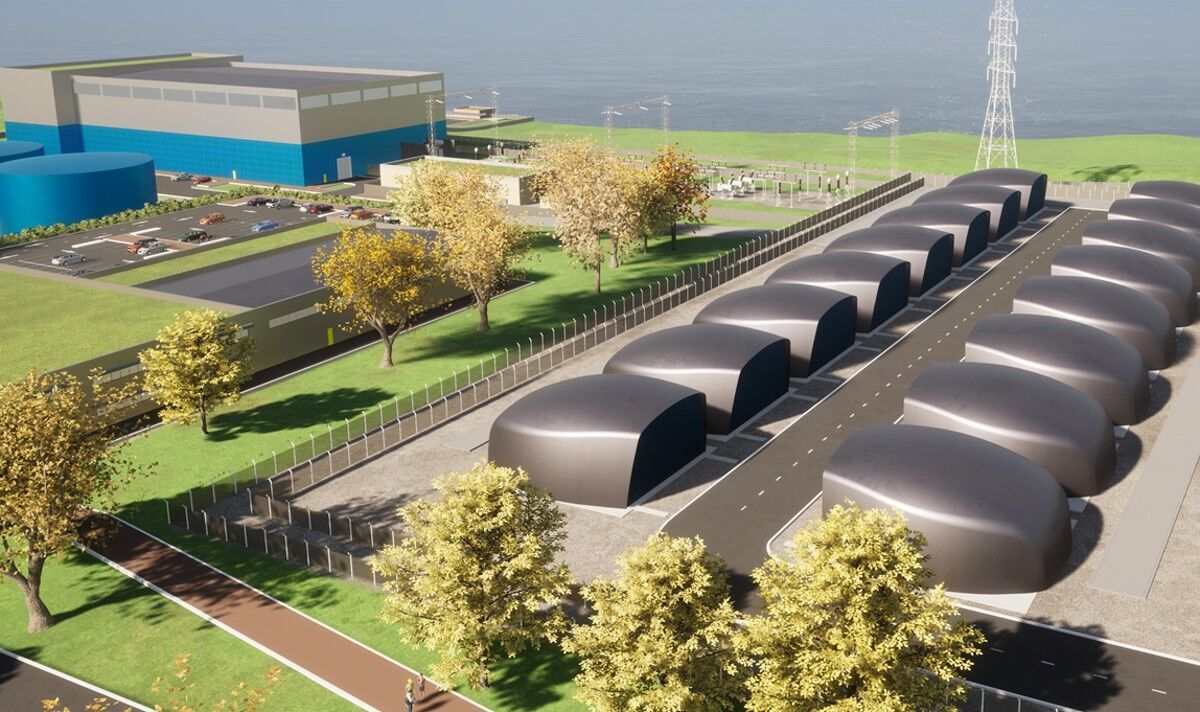 Britain is set to build new and advanced nuclear technology which could slash bills and decarbonise the economy at the same time, while also ramping up the country’s energy security and scuppering the need for expensive foreign imports. Warrington-based firm MoltexFLEX has a team of highly skilled scientists creating new reactors which could revolutionize nuclear power as we know it. The Governmnet pinpointed nuclear power as a crucial part of its April energy strategy, which it drew up to boost independence and scupper Brtiain’s remaining dependence on Russian gas.

Westminster has an ambitious target to hit by kickstarting “a nuclear reaction”, with the aim of deploying three times more civil nuclear power than the country currently has. It is hoped that nuclear energy will account for 25 percent of the projected electricity demand by 2030.

In a major step towards reaching that goal, the new FLEX advanced reactors can reportedly be quickly deployed, and it could take just 24 months to build a 500 megawatt plant. This could be hugely significant, given that traditional nuclear power stations are notoriously slow to construct, while Britain has had an arduous task of having them online swiftly.

For instance, while Suffolk-based Sizewell could power six million homes once it comes online, the plant is expected to take nine and 12 years to construct and commission.

Meanwhile, FLEX reactors are said to be simple in both design and operation and have no moving parts. They also appear to be highly adaptable, reportedly able to respond to changes in energy demand by automatically entering an idle state or returning rapidly to full power when required.

This means the reactors could make for the perfect addition to the energy grid alongside other clean technologies like wind and solar power, which are more reliant on weather conditions.

Instead of the UK being forced to burn more gas to account for lost power generation when the wind does not blow, FLEX claims its nuclear reactors can step in to provide power whenever it is needed.

David Landon, chief executive officer of MoltexFLEX, said: “We recognised the need for an energy supply that can support renewables when the sun doesn’t shine or the wind doesn’t blow. In the FLEX reactor, we have a solution for consumers and countries alike.”

Given that wind and other renewables tend to be cheaper than the wholesale cost of gas, these power sources, coupled with the reliable nuclear reactors, are likely to provide a huge lifeline for billpayers who may less vulnerable to volatile gas markets in the future.

This issue has come into the spotlight in recent months after Russia’s war in Ukraine sent gas prices soaring, as did Vladimir Putin’s gas cuts to Europe, laying bare the need to replace gas with alternative sources amid the green transition.

READ MORE: Musk humiliated as Germans call for Tesla plant to be scrapped

FLEX’s reactors look as though could play a crucial role in that green transition, with each one capable of powering 40,000 homes, despite being the size of only a two-storey house. The reactors are also a cheap source of energy, with the cost of the electricity they can generate expected to be comparable to that of wind, at just £40 per MWh.

This is achieved through a special patented system. In a highly unique process, the FLEX reactors use two molten salts: one that acts as the nuclear fuel, while the other circulates as a coolant, letting heat from the reactor be extracted through natural convection, without the need for pumps.

Once the systems come online, the reactors can be operated with the same skills and equipment used in regular fossil fuel plants. They also have a long lifespan lasting 60 years with only two scheduled breaks to refuel.

But FLEX’s reactors are not the only revolutionary nuclear systems that the UK has been working on. Rolls-Royce’s small modular reactors, similar to FLEX’s, are cheap and quick to build. They are also much smaller than traditional power stations, around the size of two football pitches. However, they pack a lot of punch, and can reportedly power around half a million homes.

Speaking to Express.co.uk back in May, Chancellor Kwasi Kwarteng (who was Business Secretary at the time) said:”SMRs could be a huge opportunity for the UK as we work to ensure greater energy independence.

“These cheap and quick-to-build mini reactors could bring clean, homegrown electricity to people’s homes whilst reducing our exposure to expensive gas prices and cutting foreign imports.”