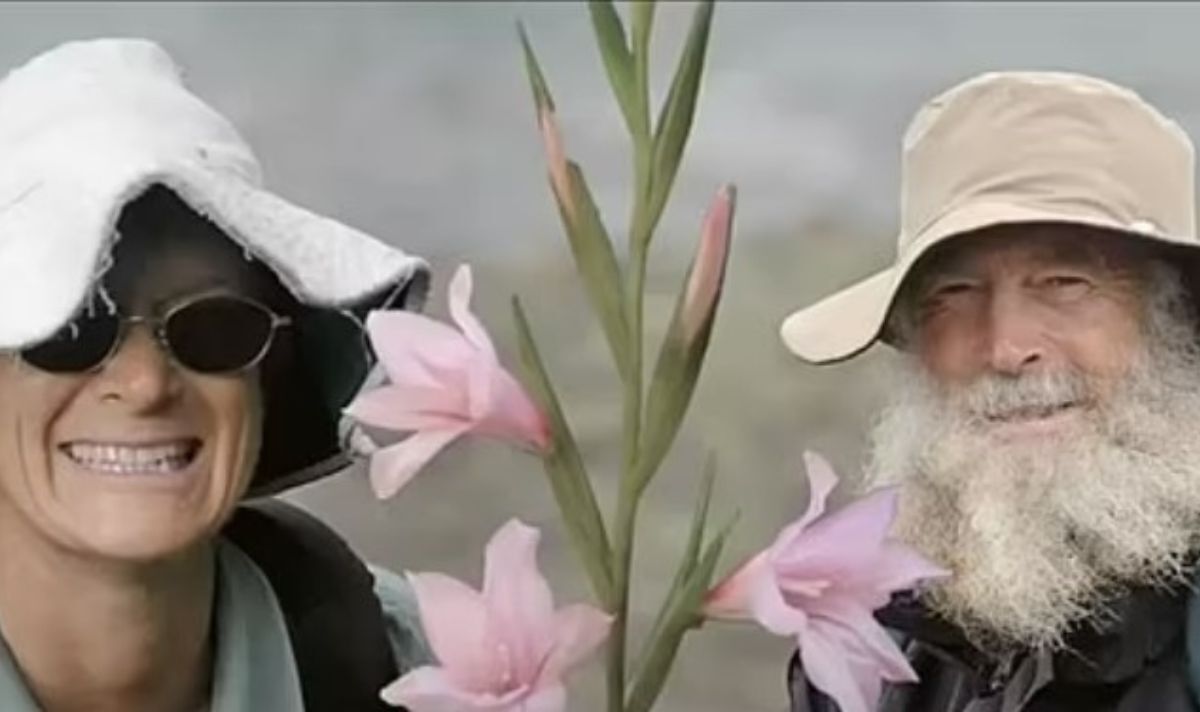 The couple were brutally murdered and their bodies thrown to crocodiles by a gang in South Africa, a court has heard. Botanists Rod Saunders, 74, and his wife Rachel, 63, spent six months a year scouring mountains and forests for sought-after stock for their worldwide business. But the pair vanished in 2018 whilst heading to Ngoye Forest Reserve after filming with the BBC.

But during their travels, the pair were allegedly targeted, kidnapped, beaten to death and put in sleeping bags and thrown into a river infested with man-eating crocodiles.

Their decomposed bodies, which had been devoured by the crocodiles, were pulled out of the water by fishermen days laters.

When police found no trace of the British couple, they ordered all unclaimed and unidentified bodies in the morgue to be DNA-tested which led to the pair being identified.

The hunt for the seed hunters had already led to four arrests – three of whom have been charged with their murder, kidnap, robbery, and theft.

The fourth suspect, who was found to have bought mobile phones belonging to the Saunders but was not involved in their kidnap and killing, was given a suspended sentence in return for vital evidence.

The couple had set up their own business in Cape Town selling seeds they had found in remote areas.

They left their home in Cape Town in their Toyota Land Cruiser on February 5, 2018, to travel to the Drakensberg Mountains in Kwa-Zulu Natal 900 miles away with a BBC TV documentary film crew.

They were last in contact with an employee at their workplace Silverhill Seeds on February 8, just three days after they had set off to meet the BBC.

The court was told: “Around February 10 the investigating officer received information that Rodney Saunders and his wife Dr Rachel Saunders from Cape Town had been kidnapped in the Kwa-Zulu Natal region. It was established on February 13 that the defendants were drawing money from various ATM’s which amounted to theft of R734,000 (£37,000) and there was the robbery of their Land Cruiser and of camping equipment.

On February 15, 2018, Sayefundeen Aslam Del Vecchio, 39, and his wife Bibi Fatima Patel, 28, were both arrested at their home in Endlovini, which is just 30 miles from the Ngoye forest where the Saunders vanished. It came after the Hawks, which is an organised police crime fighting unit, found a link between the mobile phones belonging to Mr and Mrs Saunders and the mobile phones of the suspects and they applied for a search warrant.

The court heard: “On March 23, the third accused Mussa Ahmad Jackson was arrested and he made a statement to the effect he was woken by Patel at their home on February 10 and told to meet Del Vecchio on the road. Del Vecchio in the Land Cruiser and Patel and Jackson followed to the Tugela River Bridge where they helped him remove sleeping bags from the back of the Toyota and they threw them with human bodies inside into the river”.

On February 10, a message from Del Vecchio to his wife and their then-lodger said there was an elderly couple in the forest and that it is a good “hunt” and he has the “target”.

Del Vecchio in a message to an unknown person allegedly sent “when the brothers in kinya go out and do this work it is very important the body of the victims is never found. It remains a missing person case” said the message.