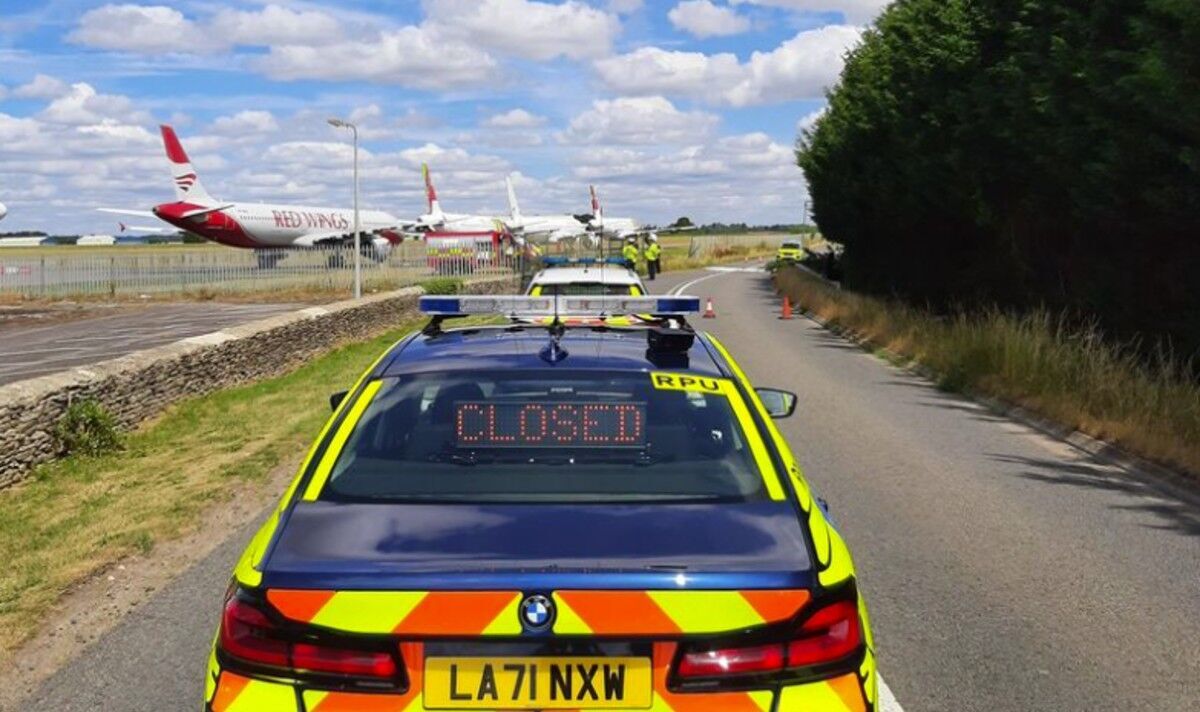 A pilot and two passengers have been rushed to hospital after the crash at the Wiltshire airport earlier on Thursday. Wiltshire Police reported that as of 1.44pm there have been no deaths or serious injuries.

A Wiltshire Police spokesperson said: “Shortly after 10.30am today, we responded to reports of a light aircraft which appeared to have overshot the runway at Cotswold Airport, ending up in a ditch beside the A429.

“There were no reported deaths or serious injuries. The pilot and two passengers have been taken to hospital as a precaution.

“The Air Accident Investigation Branch has been informed. The road is likely to be closed for a number of hours to allow the removal of fuel and debris.”

Emergency services remain at the scene.

Multiple Dorset and Wiltshire fire and rescue crews were also sent to the scene at around 10.41am this morning.

A spokesperson reports that casualties had “self-rescued” prior to the fire brigades arrival.

The incident has since been scaled back and one crew from Stratton remain at the scene for the arrival of AAIB for aircraft recovery.

The Air Accidents Investigation Branch (AAIB) has begun looking into the incident.

A team of inspectors were sent to the site where the aircraft overshot the runway and ended up in a ditch on the A429.

On Twitter at 12.55pm, they said: “An investigation has begun and a team of inspectors are on their way to the accident site.”

Inrix traffic news service reports: “A429 in both directions closed, slow traffic due to debris on road from Kemble Enterprise Park to Oaksey turn-off. Close to the Cotswold Airport.”