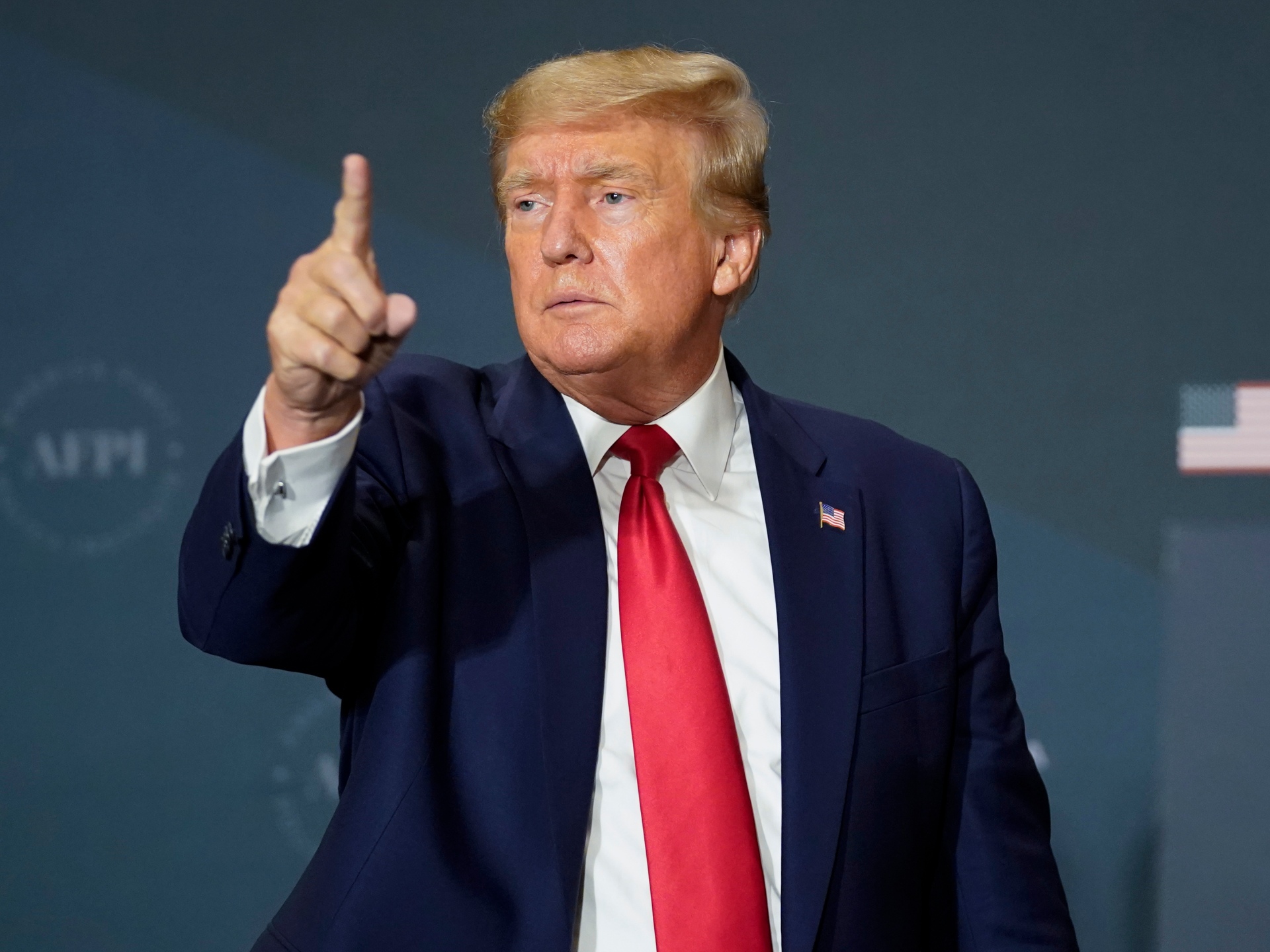 The ruling adds to the former president’s growing list of legal challenges as he hints at a 2024 presidential campaign.

A United States federal appeals court has ruled that a congressional committee has the right to see former President Donald Trump’s tax returns.

Trump had argued that the request was too political, but the US Court of Appeals for the District of Columbia Circuit concluded on Tuesday that the panel’s request was consistent with their legislative work.

The House Ways and Means Committee said it expected to receive the tax returns almost immediately.

“When the committee makes a request that is within its authority to make, i.e., within Congress’s investigative power, the (Treasury) secretary does not have a choice as to whether to provide the information,” the ruling stated.

The decision is yet another setback for Trump, who is mired in legal conflicts and investigations as he mulls another run for president in the 2024 election. Trump’s taxes could be made public, revealing new details about his financial affairs. The decision comes one day after Trump’s home at Mar-a-Lago in Florida was searched by the FBI.

The Ways and Means Committee sued to force the disclosure of Trump’s tax returns in 2019, but the dispute dragged on for 19 months after Trump left office. According to Reuters, it is unclear if Trump’s lawyers will appeal the ruling to the US Supreme Court.

It is typical but not required for US presidents to release their tax returns, a norm meant to promote transparency that Trump has refused to follow. The former president’s lawyers had argued that the panel was seeking the tax returns for political reasons, but the court rejected that argument.

“While it is possible that Congress may attempt to threaten the sitting president with an invasive request after leaving office, every president takes office knowing that he will be subject to the same laws as all other citizens upon leaving office,” the court stated. “This is a feature of our democratic republic, not a bug.”

On Monday, the Federal Bureau of Investigation (FBI), the nation’s federal domestic intelligence and law enforcement agency, searched Trump’s Mar-a-Lago estate. The action was part of an investigation into Trump’s alleged removal of presidential records from the White House, and is indicative of the growing scrutiny focused on the former president.

The US has federal laws dictating how classified records and sensitive government documents must be treated, including statutes that make it a crime to remove those materials.

Trump denounced the FBI raid as “prosecutorial misconduct” in a statement and said the FBI had opened up a safe in his home. The raid drew outrage from Trump’s ally’s in Congress, with Representative Marjorie Taylor Greene calling it “tyrannical”.

I’ve talked a lot about the civil war in the GOP and I lean into it because America needs fearless & effective Republicans to finally put America First.

Last night’s tyrannical FBI raid at MAR is unifying us in ways I haven’t seen.

In January, we take on the enemy within.

Trump remains a clear favourite among Republican voters to run in 2024, and it remains to be seen whether the growing list of scandals will threaten his chances of winning the party’s nomination.

Trump’s role in the January 6 US Capitol riot has also been pushed into the spotlight by a House committee investigating the events surrounding and on the day. In a number of televised hearings, the panel has presented evidence that Trump spurred on the attack, and connected the riot to Trump’s efforts to overturn the 2020 election through false claims of fraud.

The panel does not have the authority to file criminal charges, but could provide useful material for the US Department of Justice, which is conducting its own probe.