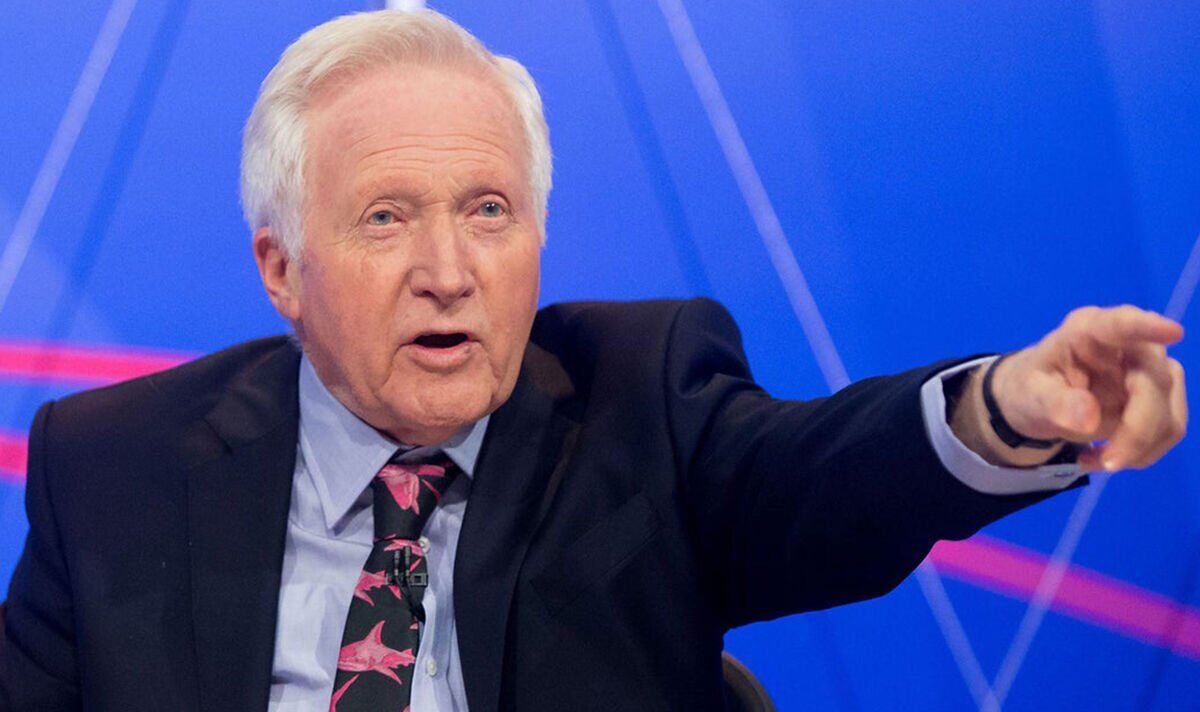 Former Question Time host David Dimbleby did not hold back in his assessment of the new Government’s handling of the economy. Speaking on Newscast, the veteran BBC broadcaster labelled the UK’s economic turmoil “a complete s********”. The remarks stunned Newscast hosts Adam Fleming and Jo Coburn, with the former remarking: “You have definitely left the BBC, haven’t you?”

The on-air outburst comes as Liz Truss and her Chancellor Kwasi Kwarteng continue to defend their mini-budget and refuse demands to U-turn.

The mini-budget announcement last week sparked a slump in the value of the pound, widespread criticism, and a £65bn intervention from the Bank of England.

The ensuing chaos saw lenders withdraw a record number of mortgage products overnight, amid the prospect of rising interest rates.

Mr Dimbleby remarked that the mini-budget in the UK was comparable to leaving the European Exchange Rate Mechanism (ERM) in 1992 or the devaluation in the 1960s.

Host Adam Fleming said at the beginning of the interview: “I should make clear, you don’t work for the BBC, you can speak really freely.”

Mr Dimbleby said: “I do think it is extraordinary. I thought that the victory was interesting, Liz Truss becoming Prime Minister.

“We knew her quite well on Question Time over the years and it was quite an eye opener when she became Prime Minister.

“Kwasi Kwarteng also used to come on Question Time as a backbencher and he was always quite decisive about what he thought.”