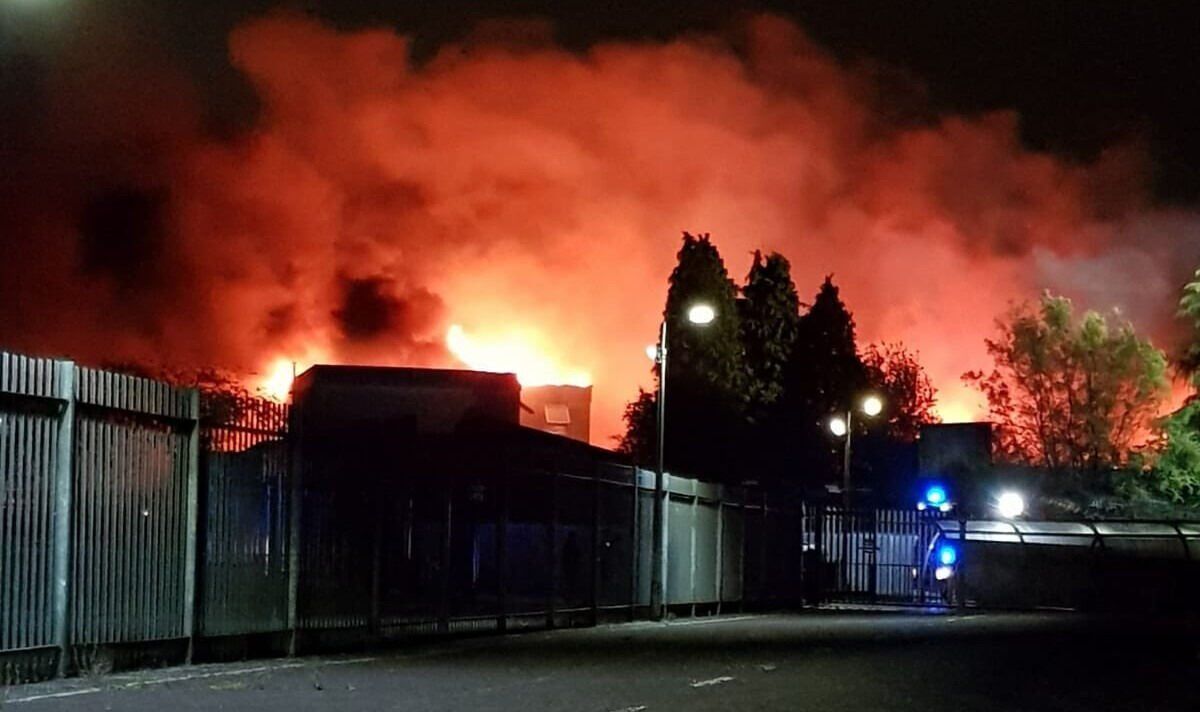 Scottish Fire & Rescue mobilised six appliances to attend the scene but claimed no casualties have been reported at this time.

A spokesperson from SFRS said: “We were alerted at 9.36pm on Saturday, August 6 to reports of a fire affecting a derelict building on Ottawa Crescent, Clydebank.

“Operations Control mobilised six appliances to the scene, where crews remain in attendance as they work to extinguish the fire.

“There are no reported casualties at this time.”

Officers from Police Scotland are also in attendance and have issued a warning to people in the area.

A spokesperson from the force said: “The emergency services are dealing with a fire in Ottawa Crescent, Clydebank.

“Roads in the area have been closed and residents have been evacuated as a precaution. Avoid the area.

“Clydemuir Primary School has been opened for anyone evacuated and you should keep windows closed.”

Residents in the area took to social media to share their reactions to the blaze.

Michelle Bonner revealed how her husband Jamie recorded drone footage of the fire.

The clip showed plumes of smoke soaring into the Scottish summer night sky.

Flashing lights from emergency service vehicles could also be seen reflecting against buildings in the distance.

Another user, operating under the handle @lunefaerie_, warned there even “seemed to be explosions”.