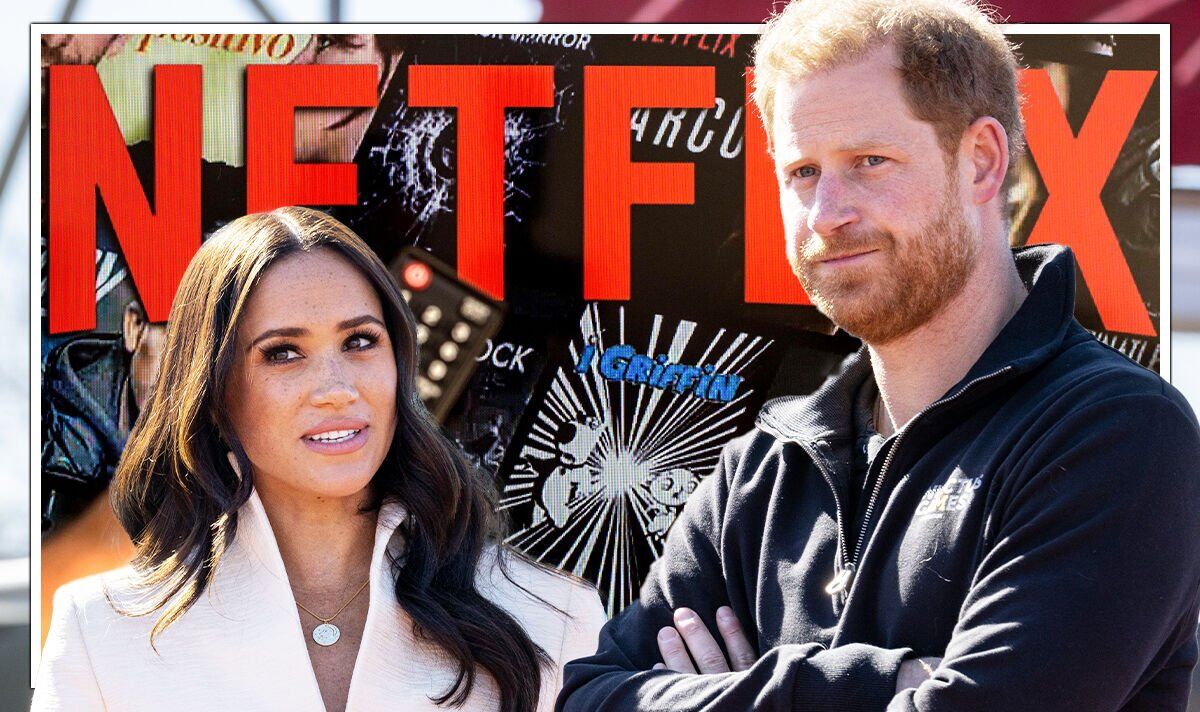 The couple, who plan to visit the UK this summer with their young family Archie, and baby Lilibet, one, struck a $140million deal with the TV streaming giant in September 2020.

But in April 2021, Netflix’s fortunes was beginning to change. The co-CEO, Reed Hastings, revealed to journalists the company had lost hundreds of thousands of subscribers for the first time in a decade.

It immediately sent seismic shockwaves through the stock markets in the US as the company saw $75billion wiped off its share values in the space of 24 hours. The change of fortunes of Netflix also appears to have had a knock-on effect on the Sussexes.

Since then, the couple’s Hollywood career has yet to take off. When the deal was struck, the Sussexes promised to produce documentaries giving a glimpse of their new life in Montecito, California. But the programmes have yet to emerge.

A memoir by Prince Harry, meanwhile, is set to hit the shelves in time for Christmas 2022 and the Royal Family is awaiting its publication with caution.

According to royal expert Daniela Elser at news.com.au: “The bottom line is this: Harry and Meghan have proved totally unsuccessful at making themselves matter in the corridors of power in Washington, New York, Silicon Valley or Los Angeles.

“The magic dust of their royalty has largely dulled in the last two years and the novelty factor has worn off. So, too, has their deal-making momentum seemed to have waned with them not having announced any other venture since July 2021.”

At this point, Harry revealed he was working on his book. There was further humiliation for the couple, back in May, when Netflix announced it was axing the Duchess’ show as part of a wide-scale cost-cutting measure, along with other high-profile projects.

The couple, it was reported, were filming an “at home” docu series with Netflix at the time. And in Spring, too, Meghan’s inaugural outing for Spotify was announced with a flourish. It promised to be a ground breaking series that would launch in summer 2022. Again, like Netflix, there has so far been radio silence on the project.

Earlier today, the Duke and Duchess delighted royal fans by announcing they would be visiting Britain next month for a series of engagements involving “charities close to their hearts”.

It will be the first time the Sussexes have been to Harry’s home nation since the Queen’s Platinum Jubilee in early June. They will make the trip in between travelling to Germany to mark one year to go before the Invictus Games 2023 for injured military personnel in Dusseldorf.

Announcing the visit, a spokesperson for Meghan and Harry said: “Prince Harry and Meghan, The Duke and Duchess of Sussex, are delighted to visit with several charities close to their hearts in early September.”

But autumn also marks the deadline for the Netflix project – which is yet to materialise. And it seems unlikely that the docu-series would be released while the couple are in the UK.