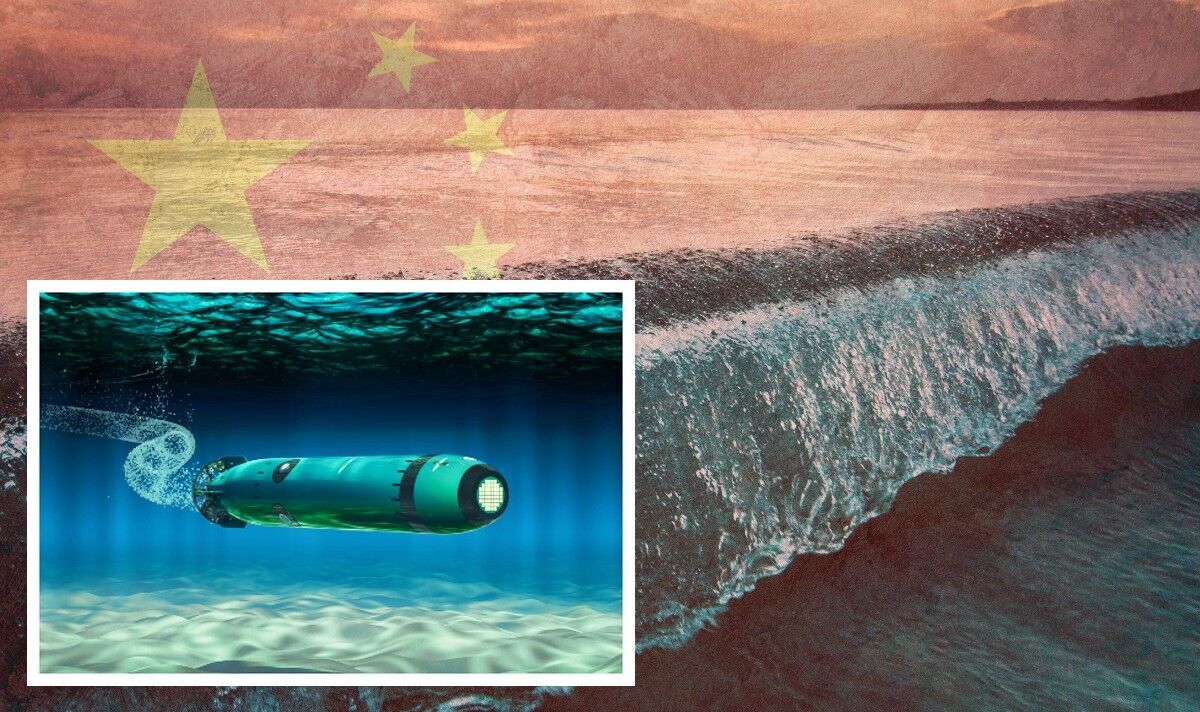 The news comes following a Russian state television threat against the UK of a “nuclear tsunami” over 500m tall being used to wipe out Britain due to its support for Ukraine during the ongoing conflict. Furthermore, Vladimir Putin’s mouthpieces have also promoted the notion of a nuclear strike against London and New York using the feared multi-warhead SATAN II missile, capable of hypersonic speed, and hitting the UK within three minutes.

Recent military attention has been heavily focused on building hypersonic missiles capable of reaching the four corners of the Earth, the US, Russia, China and North Korea are all racing to produce such items.

Yet, the idea of a nuclear torpedo designed at causing a huge tidal wave is relatively new as nations seek to gain the upper hand in ever warming global Cold War.

A report by the Eurasian Times says a Chinese team has now finished the conceptual design for a compact, inexpensive nuclear reactor that would propel a swarm of torpedoes across the Pacific Ocean in about a week.

The proclamations were made in a peer-reviewed Journal of Unmanned Undersea Systems report, a journal published by the largest navy contractor in China, China Shipbuilding Industry Corporation.

Chinese researchers are reportedly proposing to develop a miniature version of the Poseidon autonomous submarine of Russia, the first known underwater drone driven by nuclear energy.

Experts believe the devices, which would be capable of travelling huge distances, would also pose a threat to US interests in the Indo-Pacific.

Russia’s Poseidon is the underwater equivalent of a nuclear intercontinental ballistic missile and enjoys an imposing size coupled with the capability of carrying nuclear warheads.

While not as fast as an ICBM, the Poseidon, and any Chinese version of the torpedo would be highly difficult to track and stop should it be deployed in the vastness of the underwater world, in particular, the Pacific Ocean.

China insists its version would be a mini-version of the Poseidon, and could be placed into a typical torpedo tube and launched in huge numbers from virtually any submarine or battleship, in contrast to the Poseidon, which cannot be mass-produced because it is too massive, expensive, and destructive.

Beijing has stepped up its naval presence in the Indo-Pacific and South China Sea following the announcement by the US, UK and Australia to develop nuclear submarines in the South Pacific, a move seen by China as highly inflammatory.

The Chinese mini-torpedo could cruise at a speed of over 30 knots (56 km/h or 35 mph) for 200 hours using a disposable nuclear reactor before being dropped to the seafloor.

From this point on, it will turn to a battery to continue the journey prior to a conventional weapon strike.

This indicates that China does not want to use a nuclear warhead, however, there is no evidence to suggest the weapon could not be adapted to do so at a later stage.

China has also ramped up more conventional weapons in recent times, including the launch of its third aircraft carrier named the “Fujian” after the nearest province to the island of Taiwan in a deliberate attempt to remind Taipei of the “One China Policy.”

Furthermore, China has increased both naval and aerial patrols around the island of Taiwan, with fighter jets being seen close to the island.

The increase in activity was catalysed by the visit to the island of Taiwan by US House Speaker Nancy Pelosi.

China has condemned the visit and triggered both diplomatic and military protocols as a result, vowing it will continue to flex its muscles in the immediate future.

Experts have so far ruled out a Chinese invasion of Taiwan unless circumstances change significantly, for example, the island officially declaring itself an independent state.