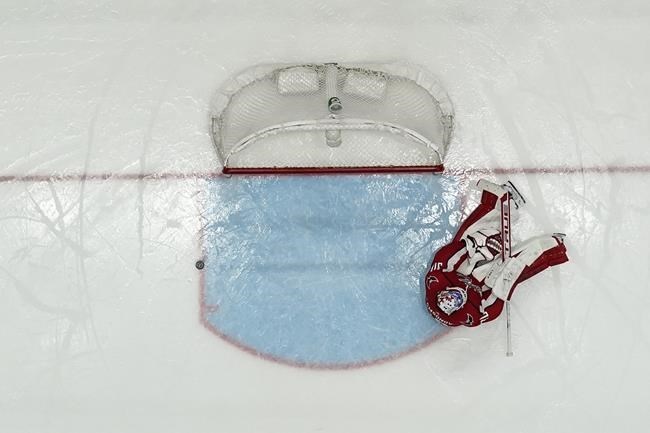 This time, they have only themselves to blame.

“We have it, but we just blow it away,” Ovechkin said Friday night after his team’s Game 6 overtime loss to the Florida Panthers. “It is on us.”

There were ready-made excuses before, from coaching deficiencies in 2019 and 2020 to a barrage of injuries in 2021. Ovechkin may not have been 100% healthy this spring after injuring his left shoulder late in the regular season, but the star forward and the Capitals embraced the mentality, “No excuses,” and the mantra was even printed on their playoff gear.

After going up 1-0 and 2-1 in the first-round series and holding leads in each of the final three games, there were no excuses for another early exit.

“The last couple of years we’ve been down, and teams have kind of had their way with us a little bit,” said winger T.J. Oshie, who had six goals and was Washington’s best player in the series. “I don’t think the all-in aspect was quite there in the last couple years. This year, I think we were extremely close to being 100% everyone on board, and we let three games get away from us. In playoffs, the margin of error is so small.”

The Capitals are far from the only team to learn that tough lesson about the margin of error in playoff hockey, though this was a particularly cruel case against the NHL’s best regular-season team and highest-scoring offense.

They allowed Florida to tie Game 4 in the final minutes and went on to lose in overtime. They blew a 3-0 lead at Florida in Game 5 to fall behind in the series. And they again let the Panthers come from behind to win Game 6 and end the series, even though that took more OT heroics from Carter Verhaeghe after Oshie tied it with 1:03 left in regulation.

“We had a lot of time where the series was in our hands, and I think that stings even more,” top defenseman John Carlson said. “It’s been something that we’ve been good at throughout the year, too, is putting away games when the time comes, and we came up short a lot.”

Coming up short in the playoffs once again plunges the Capitals into another offseason of uncertainty. Constrained by long-term contracts for core, veteran players, general manager Brian MacLellan can’t blow up the roster with wholesale changes.

But there will be changes.

It’s unlikely the Capitals run it back a third consecutive season with goaltenders Ilya Samsonov and Vitek Vanecek. Samsonov took over as the playoff starter beginning with Game 3 and played well until some struggles in Florida’s series clincher, but he may have more value in the trade market and Vanecek could be a stable 1B goalie moving forward.

With the salary cap going up just $1 million, the Capitals may need to clear some space for a more proven goalie. Third-line center Lars Eller, who has one year remaining on his contract, would be a logical player to move because young Connor McMichael may now be ready for a full-time NHL role in the middle.

All of that depends on the status of Nicklas Backstrom, who missed the first two months of the season because of a nagging hip injury and may need another full summer of training to get back to feeling right. Anything less than Backstrom being himself makes it hard for Washington to contend for a playoff spot, let alone another championship.

With Ovechkin turning 37 in September, Oshie 35, Backstrom 34 and Carlson 32, it will take a serious infusion of young talent for the Capitals to win the Cup again during this era. Moments after another chance to advance in the playoffs and take that shot slipped away, the prevailing feeling was more about a missed opportunity than anything else, despite going in as an underdog.

“It’s disappointing,” coach Peter Laviolette said. “I thought our guys played hard. We had opportunities to win and … against a team that proved to be the top team in the league, played them hard. The games could have went either way. They just didn’t go our way. I think that’s the part you’ve got to let sit in your stomach for a while.”