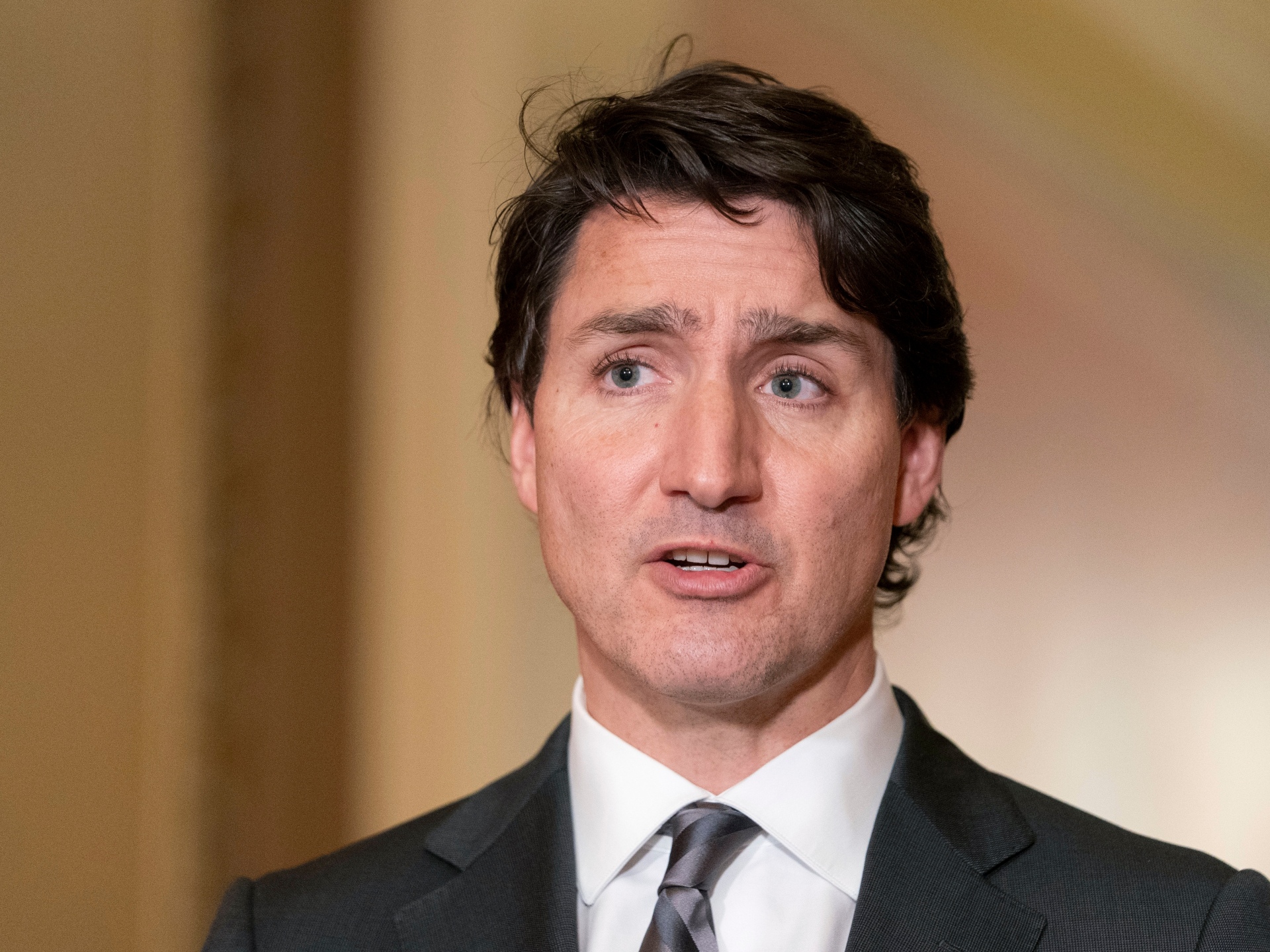 During a news conference on Friday, Trudeau said the top 50 percent of the IRGC’s leadership would get lifetime entry bans under new penalties imposed through Canada’s Immigration and Refugee Protection Act.

Trudeau said the targeted individuals include “the over 10,000 officers and senior members [of the IRGC] most responsible” for what he dubbed Iran’s “heinous state behaviour”.

“The designation of a regime is a permanent decision. This means that more than 10,000 members of the IRGC leadership, for example, will be inadmissible to Canada forever,” he told reporters.

The Iranian regime continues its reprehensible disregard for human rights. Today, we’re using the most powerful tools at our disposal to crack down on this brutal regime. Watch our announcement live: https://t.co/MojOl3SEkp

The IRGC is a branch of the Iranian military that ultimately answers to Supreme Leader Ali Khamenei. It is responsible for the Iranian government’s covert foreign operations and military support for regional allies.

Trudeau also said his government would invest $55m (76 million Canadian dollars) to enforce its sanctions regime, while expanding its capacity to prevent individuals and groups affiliated with Iranian state authorities from laundering money in Canada, among other curbs.

Iran has faced growing international condemnation following the death of Mahsa Amini in Iranian police custody. The 22-year-old died after she was detained last month in Tehran by the country’s so-called “morality police” for her attire.

Dozens of people have been killed in the ensuing demonstrations, while many others have been arrested.

Earlier this week, US President Joe Biden’s administration sanctioned Iranian government officials for their alleged involvement in “violence against peaceful protesters and the shutdown of Iran’s Internet access”.

Iranian police have denied that Amini was beaten in custody, and Khamenei, the country’s supreme leader, earlier this week blamed the United States and Israel for the protests, which he dubbed “riots”.

But her case has mobilised demonstrations across the country, as well as internationally; a recent rally in Toronto, Canada’s largest city, drew tens of thousands of people, according to police estimates.

Canada’s Iranian sanctions push came amid frayed relations between the two countries, which worsened in the aftermath of the downing of a Ukrainian International Airlines plane over Tehran in early 2020.

The IRGC said it shot down Flight PS752 by accident after mistaking it for a missile at a moment of heightened tensions over the killing of Iranian General Qassem Soleimani in a US strike in Baghdad, Iraq.

The incident – which killed all 176 passengers and crew on board, dozens of whom had connections to Canada – spurred global anger and the Trudeau government has led international efforts to seek accountability.

“We remain relentless in our pursuit of justice for the families of these victims, and we will stop at nothing to ensure the regime is held accountable,” the prime minister said in a statement this week marking 1,000 days since the crash.

It is not clear how Canada will identify the top IRGC officials who Trudeau said on Friday would be targeted by the new sanctions. Iran has mandatory military service where conscripts can be drafted to the IRGC, which boasts tens of thousands of officers.

Trudeau’s government has faced pressure from the opposition Conservative Party to designate the IRGC as a “terrorist” organisation.

But doing so would have been an act of the domestic criminal code, risking unintended consequences, and would have been impractical, a government source told the Reuters news agency.