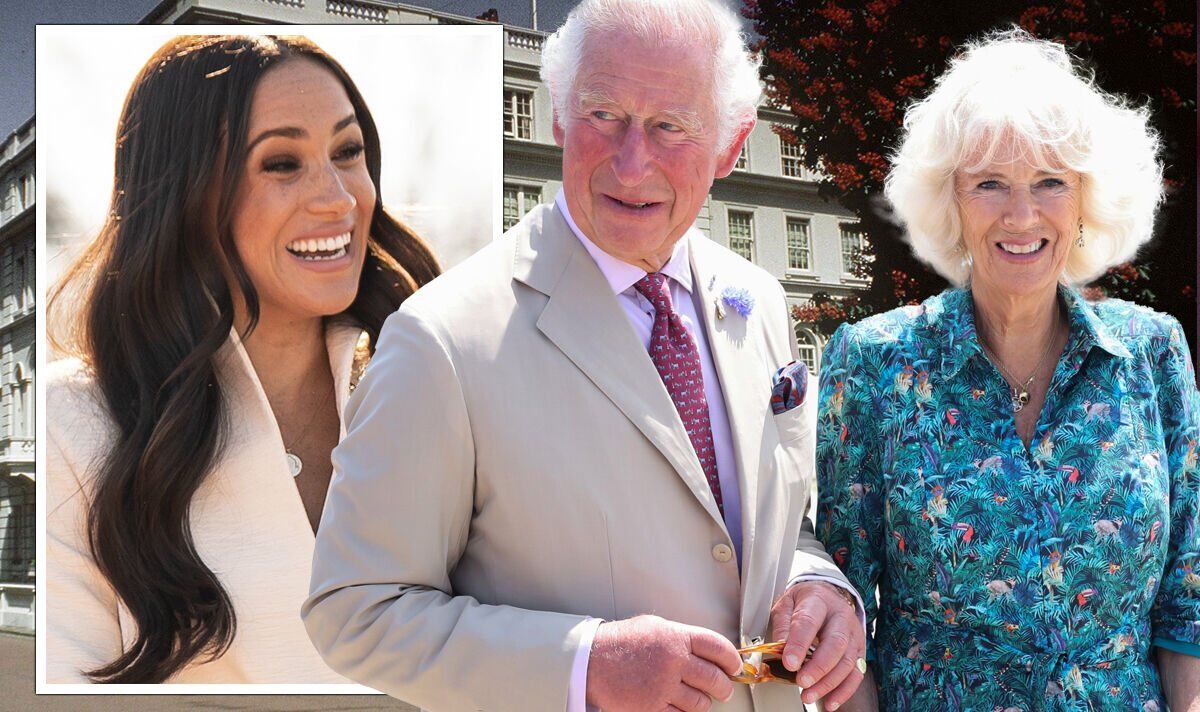 Their message comes just minutes after the Duke and Duchess of Cambridge also joined in on the well wishes for the Duchess of Sussex who is expected to mark her birthday in private.

The birthday message is likely to help mend the rift that has developed since Meghan Markle returned to California with her husband Prince Harry in tow.

The pair stepped down from their roles as senior royals in 2020, before opening up in a tell all interview with Oprah.

The interview caused a number of rifts within the Royal Family.

The picture was taken on June 3 when Meghan Markle and Prince Harry made their first public appearance back in the UK since their move to the US with their children Archie, three, and Lilibet, one.

Meghan is smiling in the photograph that was snapped on the footsteps of St Paul’s Cathedral.

The family gathered to celebrate the Queen’s Platinum Jubilee and attend a service of thanksgiving.

The Duke and Duchess of Cambridge were the first to officially mark their sister-in-law’s birthday.

Another simply replied: “Who?”

This prompted a response from another disgruntled user: “Never heard of her. She looks a bit like that 3rd rate actress who had a minor role in the US drama Suits.”

It has been tipped that the Duchess will celebrate her birthday privately with her family.