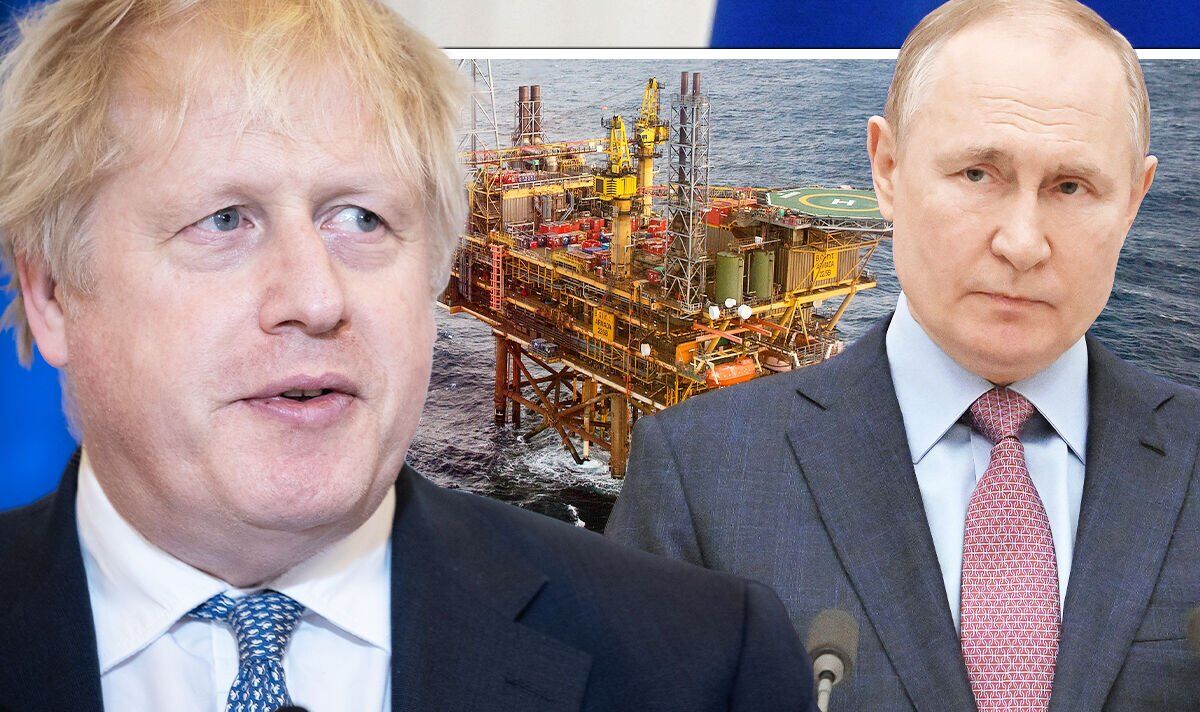 The UK is well on its way it reducing its reliance on natural gas imports, Industry association Offshore Energies UK (OEUK) has announced. New Government figures reveal a 26 percent jump in domestic gas production in the first half of the year compared to the same period last year. Since Russia’s invasion of Ukraine six months ago to this day, European countries, including the UK have been scrambling to strengthen their energy security.

Even as Vladimir Putin continues to unleash havoc in Ukraine, with nations still handing Moscow billions for fossil fuels.

While the UK only got around four percent of its gas from Russia last year, it has signalled a desire to phase out all remaining imports to sanction the Kremlin.

OEUK added that in July, natural gas accounted for 44 percent of the UK’s electricity generation.

However, the association warned that this higher production of gas could be sustained by continued investment into oil and gas reserves.

The additional 3.5 billion cubic metres of domestic gas supplies partly came from a number of new fields that were launched earlier this year in the southern region of the North Sea.

However, there was also a reduction in planned shutdown activity due to the extent of work completed in 2021, with companies focused on plant uptime to maximize energy supply, Offshore Mag reports.

The industry body described the current energy crisis as a warning about the challenges countries could face if oil and gas production fell faster than demand.

They also warned that renewable energy generation that still not available on a large scale.

READ MORE: Shell Energy to refund tens of thousands of Britons for overcharging

However, Jess Ralston, Senior Analyst at the Energy and Climate Intelligence Unit (ECIU): “The volatile gas price is to set to add more than £3,000 to energy bills over the next year.

“This gas crisis clearly isn’t going away any time soon and so if the Government wants to stabilise bills for next winter and beyond it either adds tens of billions to the national debt or cuts our gas dependency.”

According to UK trade statistics, the UK Imported no oil, gas or coal from Russia.

It marked the third consecutive month with no Russian gas imports in the UK, but the first month with no gas, oil or coal imports from Russia since records began 25 years ago.

This is a huge blow for Putin, who last year raked in £4.5billion from exporting fossil fuels to the UK.

Official data from the Office for National Statistics (ONS) revealed on Wednesday that there has been a 97 percent dip in imports of Russian goods.

OEUK Sustainability Director Mike Tholen said: “If we are to continue our efforts to protect UK gas supplies, which remains the backbone of our energy mix for electricity, heating and industrial processes, we need politicians of all parties to support energy produced here in the UK.”