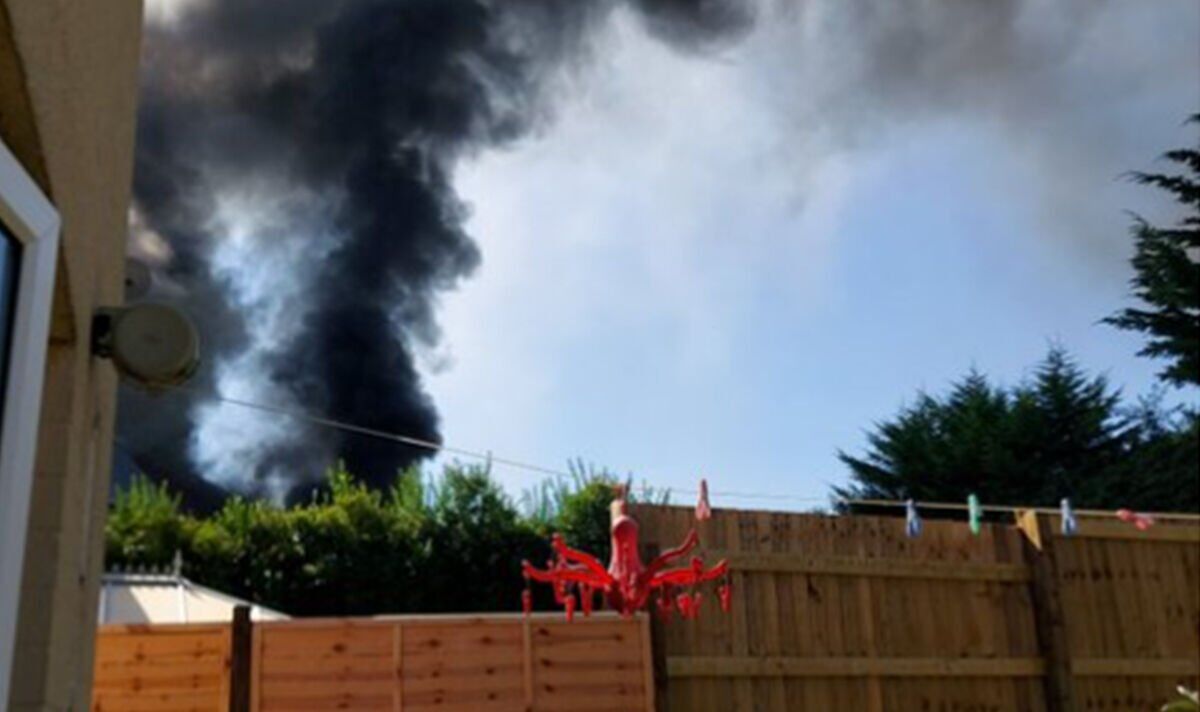 A thick, black plume of smoke can be seen rising into the sky from the house in the Knowle district of the city.

The smoke can be seen from some distance as the house buckles under the flames.

One witness wrote on Twitter: “Everyone’s safe but the windows blew out and the roof has collapsed.”

Fire crews are at the scene on Downton Road.

The incident is ongoing.

Firefighters and police are asking people to avoid the area.

One witness spotted the smoke from miles away, snapping the smoke from Pero’s Bridge at the harbourside showing a plume visible beyond the M Shed museum.

Multiple police cars can be seen at the incident.

Avon Fire and Rescue Service reported that one person and two dogs have been rescued from the fire.

All people in danger has been accounted for, the service stated.

They added: “Crews are currently working to dampen down the area and extinguish the fire.”

The service has also urged people to avoid the area to make room for emergency vehicles to attend.

The fire comes following an “urgent” fire warning from the Met Office as a second heatwave hits the UK.

The forecaster’s Fire Severity Index (FSI) assesses fire risks up and down the country in accordance with the forecasts for individual areas.

This week scientists have said the mercury will shoot up to around 36C inland, with high pressure building from the start of this week.

Many parts of the south, southeast and central England will also see the index pushed up to exceptional, the highest possible level.

This means if wildfires are to break out in these particular areas, they are likely to be severe.

This Thursday, August 11 will see parts of the south coast of England, including Kent, Sussex and Hampshire, come under “exceptional risk” of fires breaking out.

The area at risk is expected to stretch to the midlands by Saturday.