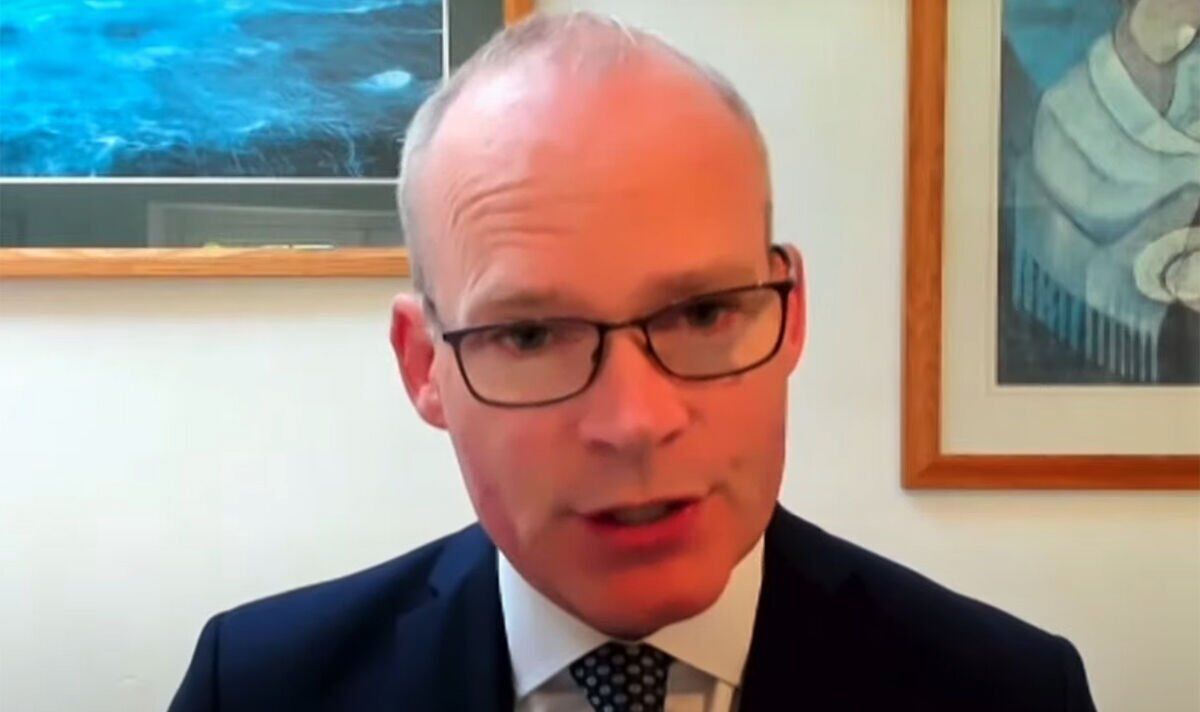 He accused Mr Johnson of treating the European Union like he was treating Russia.

This comes as former Brexit negotiator Lord David Frost called on the PM to show the “same leadership” he had shown over Ukraine to scrap elements of the protocol.

Writing in the Telegraph this week, Lord Frost wrote: “Boris Johnson and Liz Truss have shown they are leaders in Ukraine.

“They must now show the same determination in Northern Ireland and finally re-establish self-government for the whole of the UK.”

JUST IN: Second referendum: UK would vote to stay out of the EU, poll shows

Mr Coveney furiously condemned this comparison, saying that this was “not the way to approach a problem with a neighbour, a friend, and allies and partners, which the UK has across Europe”.

Ms Ridge grilled him on this remark, asking: “You said that Boris Johnson shouldn’t take the same approach in Northern Ireland as he did with Ukraine, what did you mean by that?”

The Irish minister explained: “Lord Frost encouraged the PM to show the same leadership in Northern Ireland as he has shown in Ukraine and to rip up the protocol.

“We are getting a senior figure in the Conservative Party calling on his Prime Minister to break international law and to create huge problems for Britain’s neighbour in Ireland.

Business Secretary Kwasi Kwarteng reiterated the British position this morning, saying it was “absolutely right” that the UK should unilaterally scrap the NI protocol despite EU objections.

He is expected to tell political leaders that “there will be a necessity to act” on the protocol if the EU does not change its position.

Following the 5 May election, the anti-protocol Democratic Unionist Party has refused to engage with the assembly.