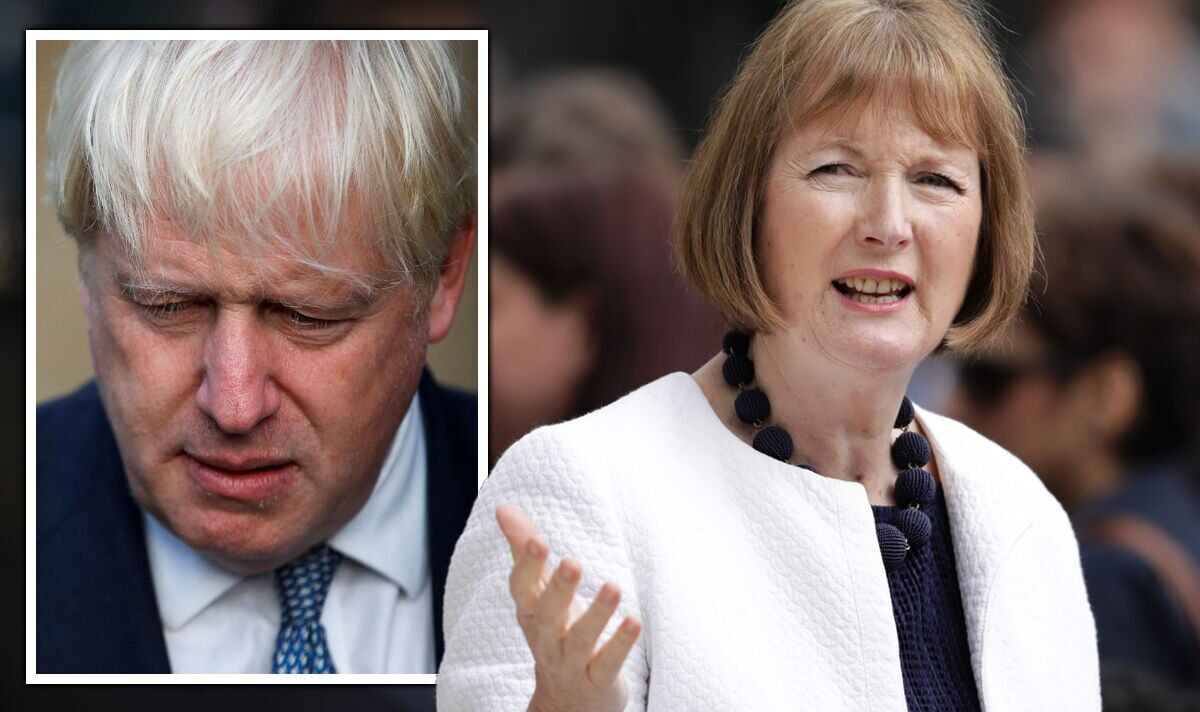 The bombshell document will give an “absolutely devastating” assessment of the Commons probe into the Prime Minister.

It has been written by Lord Pannick, one of the country’s most senior QCs and a longtime critic of Mr Johnson. A senior government source said the peer is “no friend of Boris” so his assessment cannot be dismissed by the PM’s enemies.

The advice was requested by the Cabinet Office, which will publish it online today. It will say the parliamentary inquiry, which is being led by Harriet Harman, will effectively “paralyse democracy” according to the insider.

Allies of Mr Johnson have labelled the Commons investigation a kangaroo court after MPs set a low bar for finding whether he committed a contempt of the House of Commons. Instead of ruling whether he “knowingly” misled MPs, it will just decide if he misled them.

It means the outgoing premier could be found to have breached the rules even if he did not know he was relaying inaccurate information about what went on in Downing Street during lockdown.

Lord Pannick acted for arch-Remainer Gina Miller in the Supreme Court case that ruled Mr Johnson unlawfully prorogued Parliament in 2019 and told the court that no PM had “abused his powers in the manner in which we allege” in at least 50 years.

But his advice today warns the probe into Mr Johnson will have ramifications for years to come.

He is expected to suggest that Prime Ministers and ministers will fear making any statements in the Commons if they can be hauled before a committee for giving the wrong information, however innocently.

One senior Government source said: “This isn’t for Boris, but for all future PMs and MPs. Ministers will never be able to say anything if they think they can be found in contempt by accidently giving the wrong answer.”

The Whitehall insider said the terms of the inquiry would not be allowed in any other setting and would be subject to judicial review but because it is a parliamentary probe it is protected by the special rules of the House.

Lord Pannick is also said to have raised concerns about the committee’s decision to take anonymous testimony.

The panel decided it would take written or oral evidence from people who wish to remain anonymous to allow Downing Street staff to speak freely. But the move leaves Mr Johnson not knowing who is accusing him of what.

Lord Pannick’s damning assessment of the way the parliamentary probe is being run will call into question its future.

Although only MPs have the power to bring it to a halt, the peer’s antagonistic history with the Prime Minister makes it impossible for the legal advice to be dismissed out of hand.

Oral evidence sessions are due to begin in the autumn, meaning the inquiry will hang over Mr Johnson’s head for months. The committee is made up of seven MPs, four Tories, two from Labour and one from the SNP.

It will look at statements made about partygate allegations in the House, including his insistence that “all guidance was followed in No 10” and that he had been “repeatedly assured since these allegations emerged that there was no party and that no Covid rules were broken”.

Mr Johnson always insisted his account was based on what he knew at the time and also apologised for what happened.

Although he will no longer be prime minister, the committee’s findings could lead to him being suspended from the Commons and potentially losing his seat if he faces a petition to trigger a by-election.

Labour’s Ms Harman is chairing the committee after predecessor, Chris Bryant, recused himself after publicly criticising Ms Johnson over events during lockdown.

Jacob Rees-Mogg, a loyal ally of the Prime Minister’s, has questioned her role in the investigation. The Brexit Opportunities Minister said Ms Harman was “admired across parties” but he believed she had already decided the outcome.

“I do not believe you can have a fair judgement when the chairman of the committee has already judged the matter,” he said.

Culture Secretary Nadine Dorries has branded the inquiry a “witch hunt” and one of the “most egregious” abuses of power witnessed in Westminster. Lord Goldsmith has claimed the “partygate probe is clearly rigged”.

A total of 126 fines were issued to 83 individuals for events in Downing Street that broke covid rules. Mr Johnson received a fixed-penalty notice for attending a ten minute birthday party in the Cabinet Room on June 19, 2020.

Rishi Sunak, who was then Chancellor, and Mr Johnson’s wife, Carrie, were also fined for attending the same gathering. The privileges committee will make its conclusions on the “balance of probabilities”.