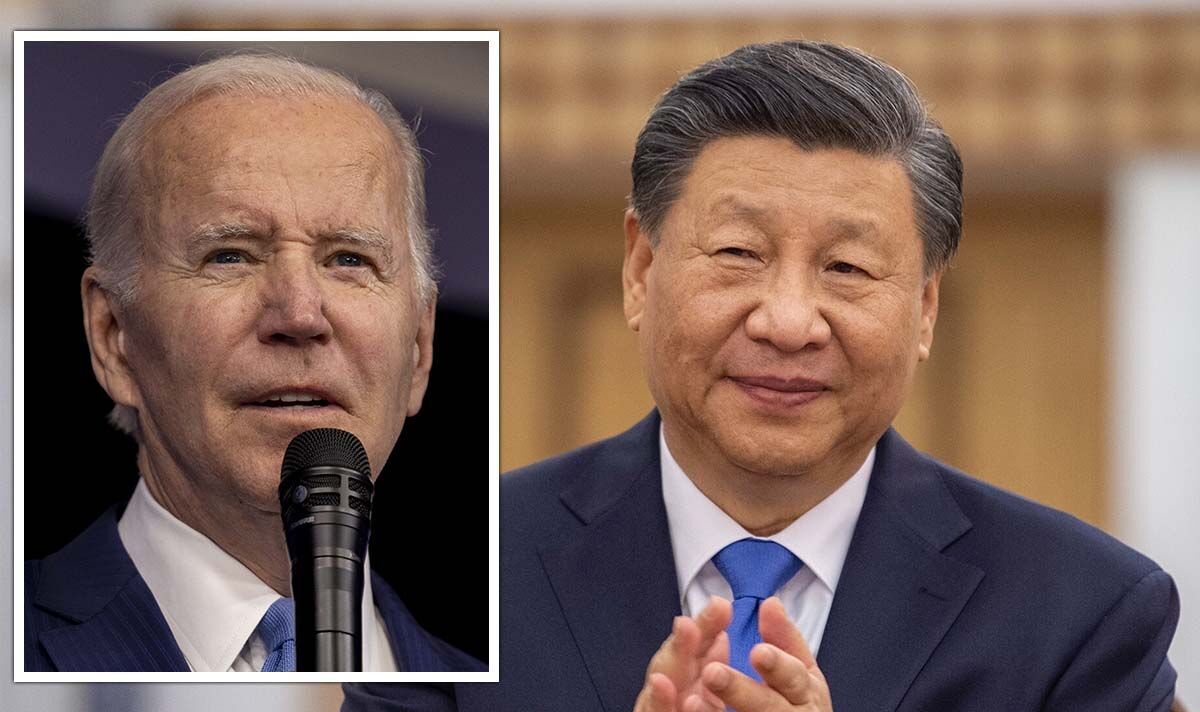 US President Joe Biden was left red-faced this week, after Chinese President Xi Jinping struck a major deal with Gulf nations, as the two countries could now use yuan to trade oil and gas. As oil trading is generally done in US dollars, this move could weaken the currency’s grip on world trade. Between December 7-9, the Chinese leader visited Saudi Arabia, taking part in a regional summit with Arab leaders. On Friday he said that China and Gulf nations should make full use of the Shanghai Petroleum and National Gas Exchange as a platform to carry out yuan settlement of oil and gas trade.

In a speech at the China-Gulf Cooperation Council (GCC) summit, he added that Beijing that GCC member states were “natural partners” for cooperation.

He said: “China will continue to import large quantities of crude oil from GCC countries, expand imports of liquefied natural gas, strengthen cooperation in upstream oil and gas development, engineering services, storage, transportation and refining, and make full use of the Shanghai Petroleum and National Gas Exchange as a platform to carry out yuan settlement of oil and gas trade.”

He also highlighted other potential areas of cooperation between the countries over the next three to five years, including finance and investment, innovation and new technologies, as well as aerospace, and language and cultures.

In his speech, the Chinese leader also called on China and GCC nations to be partners in promoting unity, development and security.

This visit to the Gulf comes at a time when Saudi Arabia’s long-standing alliance with the US has strained over human rights issues, Russia, and energy policy, as the region now doubts the commitments made by the US as the main security guarantor in the region, Reuters reports.

Ali Shihabi, a Saudi commentator and advisory board member for the kingdom’s Neom megaproject was quoted by Bloomberg as saying: “This visit is the culmination or crowning of a deep strengthening in relations over the last few years. The US is concerned about this but cannot slow this already strong relationship down.”

Relations between the two countries worsened in October after Mr Biden warned there “will be consequences” for Saudi Arabia after the Middle East nation announced its intentions to cut oil production.

He said: “There’s going to be some consequences for what they’ve done with Russia. I’m not going to get into what I’d consider and what I have in mind. But there will be consequences.”

OPEC+, the group of oil-exporting countries that includes Russia, resolved in October to slash oil production – something the US had loudly advocated against as it could raise prices.

Since last month, global oil production was reduced by two million barrels per day, dealing a blow to a global oil market that was already shuddering after the Russian invasion of Ukraine.

As tensions between the US and Saudi Arabia fray, the kingdom has been turning to China, with Beijing surpassing Washington as the country’s largest trading partner a decade ago.

A major reason for this is that fracking in the US has taken off in that time, meaning that it no longer imports as much oil from the Middle East.

Since then, China has risen to become Riyadh’s top crude oil importer, and as Beijing relaxes its stringent Covid restrictions, oil demand could increase once again.

Cinzia Bianco, a visiting fellow at the European Council on Foreign Relations said: “It’s high time we stopped seeing this as being purely about economic and commercial relations. For the Arab states, it’s about alternatives, in all possible ways.”