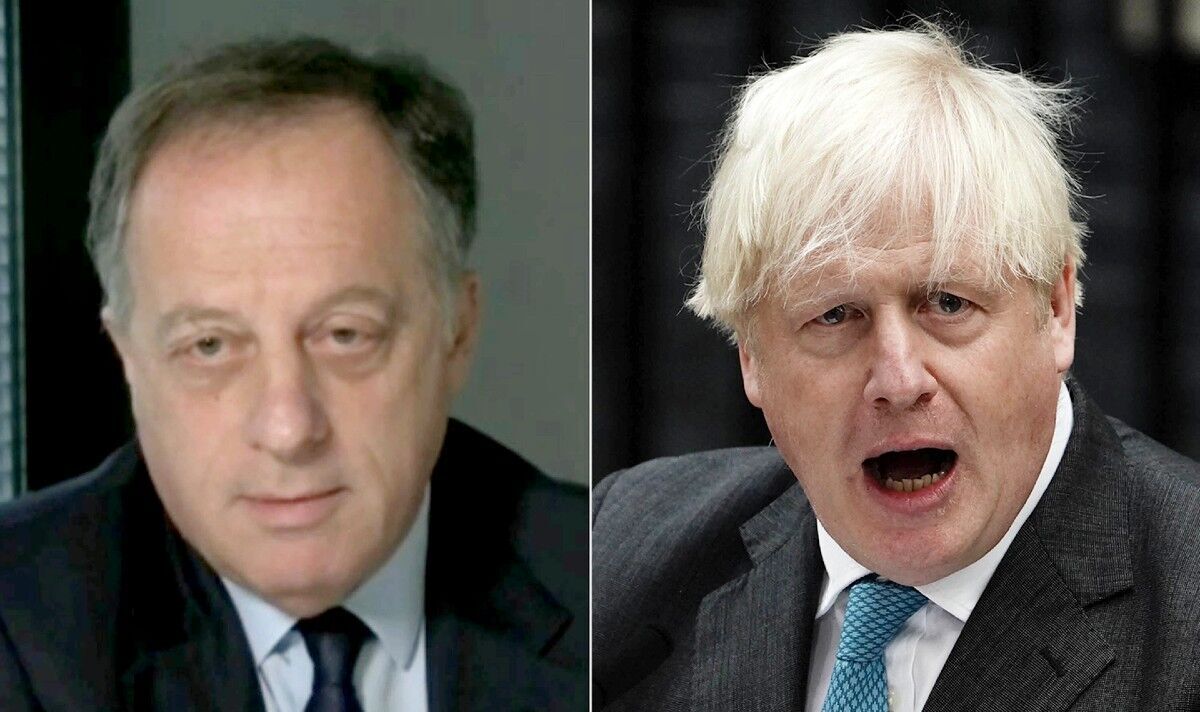 BBC chairman Richard Sharp is said to be facing a mutiny from his own staff after it was alleged last week that he helped secure an £800,000 loan for Boris Johnson. Sources from inside the broadcaster said there is anger among staff that Mr Sharp had allegedly been involved in the former Prime Minister’s financial affairs. He has been facing calls to stand down after it emerged that in late 2020 he introduced his friend Sam Blyth to Cabinet Secretary Simon Case to discuss whether Mr Blyth could act as a guarantor for a loan facility for Mr Johnson.

A newsroom source told the Times the mood at the BBC is “mutinous” as a result of the allegations.

His appointment is now under review by the Commissioner of Public Appointments as a result of the allegations.

The BBC chairman has denied being involved in any loan and said he believes he will be exonerated because he “was appointed on merit”.

Mr Sharp will be grilled by MPs on the Digital, Culture, Media and Sport Select Committee on 7 February.

Yesterday, it was revealed by the News Agents podcast that Mr Sharp was also involved in the job interview last year of Deborah Turness, the BBC’s head of news, with some saying his involvement raises questions about the chairman’s separation from newsgathering.

But in an interview with the BBC, Mr Sharp said he was “comfortable” with the way the process had been carried out.

He said: “Having had a discussion with the Cabinet Secretary about avoiding conflict, and the perception of conflict, I felt comfortable and I still feel there was no conflict because at that stage what I was seeking to do was ensure that the process was followed exactly by the book, and that the process hadn’t started, of any kind, in terms of any support that Sam [Blyth] was going to provide to the Prime Minister.

“I had clarified and agreed with the Cabinet Secretary, both of us had the judgment that I’d avoided a conflict or a perception of conflict.”

He added: “The point you raise about cronyism is ‘was the appointment itself on merit or was it in any way distorted?’. I believe it was on merit and I welcome the examination by (public appointments commissioner) William Shawcross.”

Home Office minister Chris Philp yesterday said the process of appointing Mr Sharp was run according to “due process”.

He also noted that the appointment was ratified by the DCMS’s cross-party committee.

The former Goldman Sachs banker was announced as the Government’s choice for the BBC chairman role in January 2021.

A spokesperson for Mr Johnson has insisted his financial arrangements “have been properly declared”.

The Labour Party has called for a parliamentary investigation into the claims surrounding Mr Sharp.

The party’s chair, Anneliese Dodds said: “The financial affairs of this disgraced former Prime Minister just keep getting murkier, dragging the Conservative Party deeper into yet another quagmire of sleaze.

“Serious questions need to be asked of Johnson: why has this money never been declared, and what exactly did he promise these very generous friends in return for such lavish loans?

“But serious questions also need to be asked of Rishi Sunak. He knew how unsuitable Boris Johnson was for office, so why did he prop him up for so long? And is he strong enough to take action to deal with Johnson or Nadhim Zahawi for these financial scandals?

“Only Labour has a plan to clean up politics with a genuinely independent Integrity and Ethics Commission to restore standards in public life.”