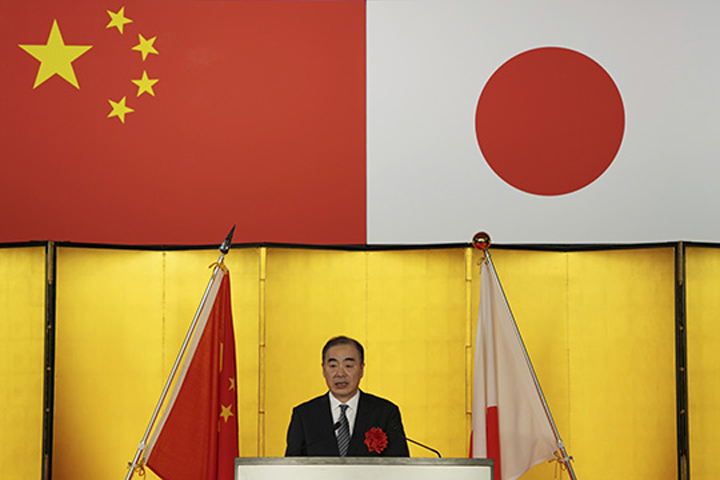 TOKYO—Japan and China marked the 50th anniversary of normalization of their ties Thursday as their leaders Fumio Kishida and Xi Jinping stressed the importance of their strengthened relationship over the decades, though they still face difficulties.

On September 29, 1972, then-Prime Minister Kakuei Tanaka and Chinese Premier Zhou Enlai signed a communiqué normalizing their ties and pledging peace and friendship. In the communique, Japan expressed remorse over wartime damage on China and acknowledged Beijing as the country’s only legitimate government.

Despite the milestone, the ceremony lacks a celebratory mood as the two countries remain at odds over disputed East China Sea islands and China’s growing military and economic influence in the region.

Japan considers China a security threat and is promoting security and trade frameworks with the United States and other democracies as a counter to Beijing’s growing influence. China’s escalating tension around Taiwan is also a growing concern.

While Japan-China relations today have a variety of possibilities, they face a number of issues and concerns, Kishida said in a message to Xi, which was shown on a big screen at a ceremony  sponsored by Japanese influential business organizations and friendship groups and held at a Tokyo hotel.

Kishida said he hoped to develop “constructive and stable relations” with China to fulfil a responsibility they share as major powers in contributing to regional and global peace and stability, looking ahead the next 50 years of their ties.

He said it is important to remember their starting point 50 years ago when the normalization was achieved.

Xi, in his message sent to Kishida, said normalization of their ties in 1972 opened “a new chapter” in bilateral relations and the two countries have since deepened exchanges and cooperation, bringing welfare to both peoples and peace and development to the region and the world.

He said he attaches “great importance” to the development of their ties and is willing to work with Kishida “to build a China-Japan relationship that meets the requirements of the new era.”

China’s Ambassador to Japan, speaking in fluent Japanese at the reception, noted “ups and downs,” and said the Japan-China relationship stands at a new historic starting line and an important turning point.

“Both of us need to seriously think about where we should head for in the next 50 years,” Kong Xuanyou said in fluent Japanese. He said the two sides must build “political trust” and cooperate toward building a “win-win” relationship and pursue friendship “while managing contradictions and problems.”

Despite political difficulty, economic relations between the two countries have boomed over the past half-century. China is Japan’s biggest trade partner.

Masakazu Tokura, chair of Japan Business Federation—a powerful business organization known as Keidanren and a host of Thursday’s reception—said the relationship with China is one of the most important bilateral relationships for Japan, especially the economic ties.

“In order to further strengthen the economic ties, constructive and stable political and diplomatic relations are extremely important,” Tokura said.

A reception marking the anniversary was also held in Beijing at the Diaoyutai State Guesthouse.