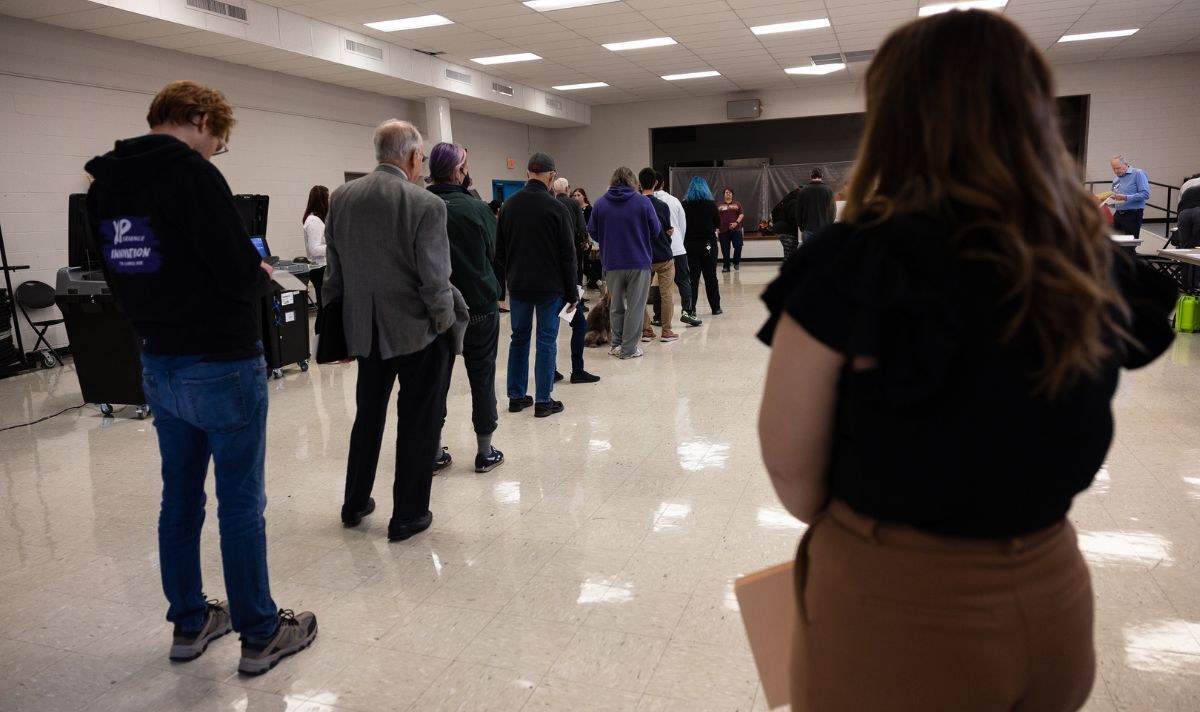 Americans casting midterm votes today say they fear discussing their political choices with loved ones due to how “heated” US politics has become.

Speaking to Express.co.uk from South Carolina and California, voters chose to remain anonymous to avoid rifts in their personal lives as abortion rights and the economy divide the nation.

Some chose to vote early while others made their way to the ballot box. The first polls, in Indiana and Kentucky, close at 6pm eastern time (11pm GMT) and are followed by Florida, Georgia, South Carolina and Virginia an hour later.

Polling stations close hourly or half hourly up until 12am eastern time (5am GMT), with Alaska last.

One voter, in her 50s, who lives near Charleston, SC, said: “I consider myself socially liberal and fiscally conservative. I will probably vote democrat for governor of SC and the rest Republican. I definitely like Tim Scott (Senator – R). I’ll look at the issues and candidates when I get there and may skip something if I don’t know enough about the candidate.”

However, one of her biggest concerns about politics in the US is “heated” political discourse and the perception that candidates are unable to work together.

She said: “I don’t feel like I can discuss politics at all with certain liberal friends and relatives because people are so passionate about their opinion and there is no room for a constructive conversation.

“It becomes heated and it’s not worth losing a friend or family member [over] so I avoid the topic. This is the reason I’m more comfortable staying anonymous and this really speaks to the division in the country and lack of ability to see other points of view and compromise.

“That’s what I find to be the biggest issue in government today – the inability of each side to see and understand the other’s point of view and meet in between for a compromise. I believe most individuals are somewhere in the middle, leaning either slightly to the right or left, but the ability to compromise has been entirely lost for many of the officials.”

Republicans are looking for big gains in the House and polls show they may be on their way to do so.

The race for control of the Senate is closer, however some statistics have begun to slightly favour Republicans in recent days.

Stephen, 30, from Charleston, South Carolina, voted Democrat in the deeply red state. He said abortion rights were a huge concern for him and other voters this election.

He said: “I voted blue across the board, basically. Big gubernatorial election, the incumbent Henry McMaster is very pro-abortion ban.”

He added that he found Governor McMaster’s reasoning behind his stance insufficient and that there was “nothing to back it up”.

Stephen said: “I voted for Joe Cunningham (D) for Governor, he is pro-choice, pro-legalising marijuana was previously a member of the House. The House district I’m in is the one blue district in South Carolina.”

Stephen urged others to use early voting, as he had done.

READ MORE: Weinstein’s penis looked like it ‘had been chopped off and sewn back’

He said: “I would definitely encourage people to use early voting. We waltzed into the library, it’s open for weeks ahead of the polls, all day everyday except for maybe Sundays. There were no lines, someone checked our driver licences and we got to vote. We were in and out in literally five minutes.”

Around 42 million Americans already voted before Tuesday’s election, either by early voting as Stephen did, or by mail-in ballot.

Another voter, who didn’t wish to be named, said that he had recently moved to southern California. He didn’t say which party (or parties) he had voted for, but urged others to vote.

He said: “I voted today with an absentee ballot, in a new state, and did my best to research most of the candidates I could or at least a cursory search on their policies.

“It’s easy not to vote. In fact it’s very easy not to, but part of making change is participation in the democratic process.”

He added that, although candidates may not be perfect, it is important to “keep moving forward” instead of abstaining altogether.

“Voting is also like public transportation rather than marriage. We still have to move forward even if the candidate is not our perfect choice,” he said.

DON’T MISS:
What time will we know who wins the US Midterms [INSIGHT]
Oprah Winfrey issues slew of Democrat endorsements [REPORT]
Man’s home may have been destroyed by meteor [ANALYSIS]

Another voter, 60, from South Carolina, name withheld, said: “I split my vote between Republican and Democrat. I vote Republican more on the national level because I feel they are better at handling the economy and the armed services.

Republicans are likely to take back the House from Democrats and may even be able to win a hotly contested Senate. However, polls have been wrong before and the results may not be known for several days or even weeks after the election.

The first polls close at 6pm ET (11am GMT) and will likely give the first indications of either an anticipated red wave or the Democrats holding their own in the legislature.