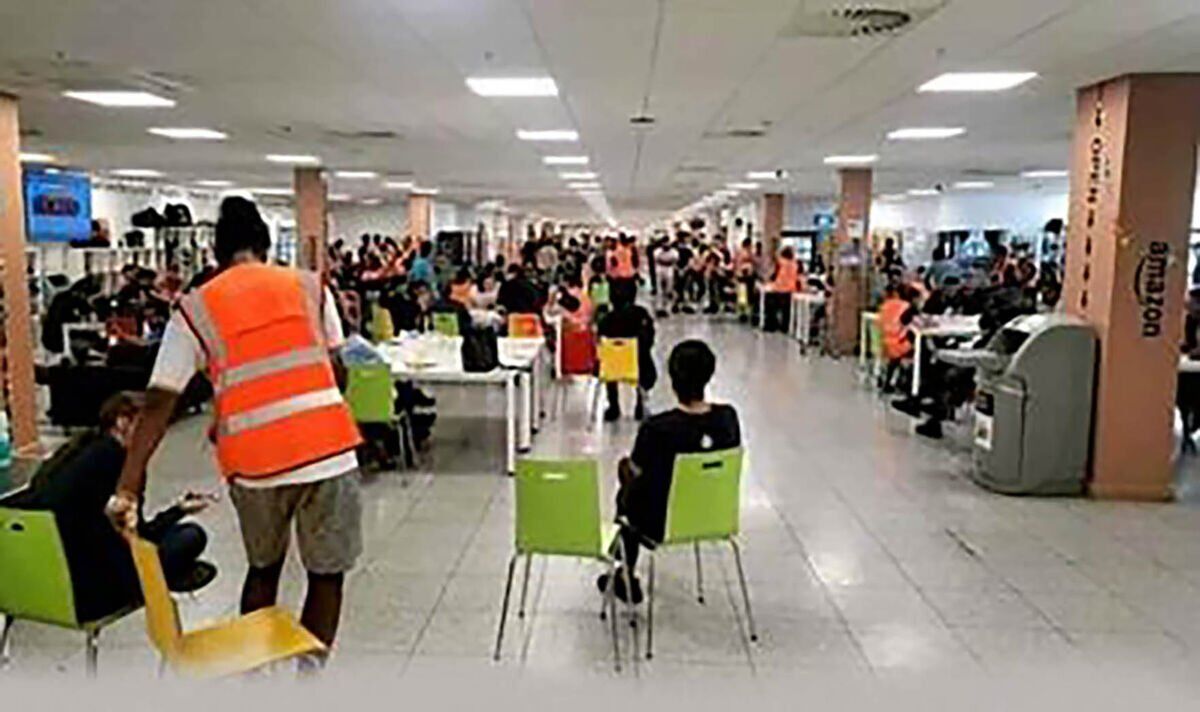 Videos shared online showed staff in a canteen sit-in with the union GMB saying “people have had enough”. Packer Marius Brezeanu, 24, of Reading, said: “I’ve got to work six days in order to pay my rent, bills and live a normal life. For a couple of months, I have been eating just one meal a day.”

Steve Garelick, GMB regional organiser, said: “I believe there were four sites yesterday and allegedly there was a concern within Amazon that this might spread worldwide.” Sharon Graham, Unite general secretary, said: ‘Unite will stand with any Amazon worker who takes action against this insulting 35p pay offer.”

An Amazon spokesman said: “Starting pay for Amazon employees will be increasing to a minimum of between £10.50 and £11.45 per hour, depending on location.”

They added: “The network is huge so we have not been made aware of any [delivery] delays.”

Workers first left a depot in Tilbury, Essex, on Wednesday and Thursday as they sought a rise of £2 an hour.