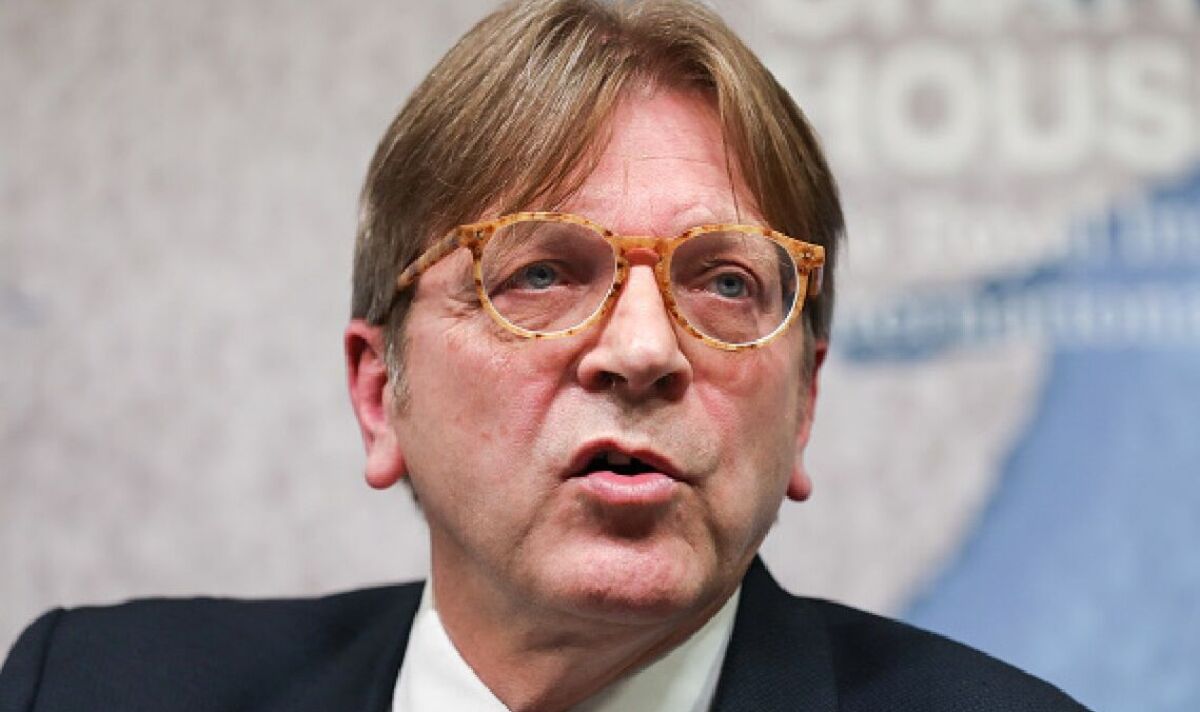 Sharing an article titled “The markets have taken back control: so much for Truss’s Brexit delusion of sovereignty”, Guy Verhofstand renewed his call for the UK to rejoin the EU. The Guardian column by Jonathan Freedland blasts the “delusion” of “pure sovereignty” promised during the Brexit referendum by Leave campaigners.

It reads: “The leavers’ slogan, ‘Take back control’, urged Britons to shake off the constraints of Brussels and become a proud, sovereign nation once more – a nation that, alone, would decide its fate. After Brexit, they promised, Britain would be the sole master of its destiny, unburdened by the need to consult or even accommodate anyone else.

“The three weeks since Kwarteng delivered his mini-budget have seen the shattering of that delusion. For Truss and her now ex-chancellor were given the rudest of reminders that in our interdependent world there is no such thing as pure, untrammelled sovereignty.”

Echoing the comments, Mr Verhofstadt wrote on Twitter: “How’s Brexit going? One thing is for sure: the mess didn’t start in 2022 but in 2016.

“But Britain is always welcome back!”

Liz Truss’s premiership remains in peril this weekend, after she sacked her chancellor and ditched a major chunk of her mini-budget in an extraordinary gamble to stay in power.

It was unclear late on Friday whether such drastic actions could be enough to keep her in Downing Street, with the markets remaining jittery and reports of Tory MPs plotting intensely to replace her.

After three weeks of turmoil on the financial markets in the wake of Kwasi Kwarteng’s £43billion mini-budget tax giveaway, Ms Truss ended days of frenzied speculation by forcing her friend out of office and U-turning on her commitment to drop the planned rise in corporation tax from 19 percent to 25 percent, a central plank of her leadership campaign.

Jeremy Hunt, twice a Tory leadership contender and a former foreign secretary, has been parachuted in as a safe pair of hands in Number 11.

Today he made his first set of media appearances as he sought to shore up political and economic confidence in the administration.

At a brief news conference in Downing Street on Friday, she had dismissed calls for her resignation, saying she is “absolutely determined to see through what I have promised”.

It came as she also signalled a new squeeze on public spending which would “grow less rapidly than previously planned”, ahead of the medium-term fiscal plan on October 31 – when Mr Hunt will now set out how he intends to get the public finances back on track.

“It is clear that parts of our mini-budget went further and faster than markets were expecting, so the way we are delivering our mission right now has to change,” she said.

“We will do whatever is necessary to ensure debt is falling as a share of the economy in the medium term.”