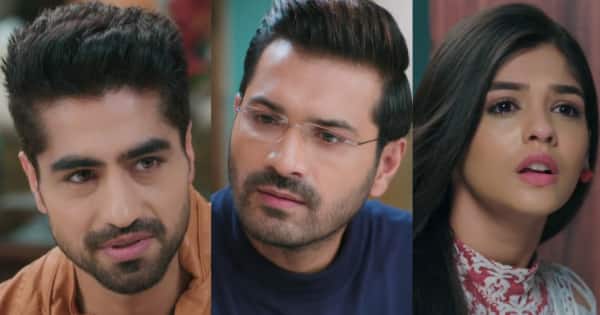 Harshad Chopda and Pranali Rathod starrer Yeh Rishta Kya Kehlata Hai is one of the most watched TV shows in the country. It took a big leap two weeks ago before which Abhimanyu (Harshad Chopda) and Akshara (Pranali Rathod) got separated. Abhimanyu was devastated after Akshara left him. The latter was in much pain too but is hopeful for a reunion whereas Abhimanyu has turned bitter. He cannot even listen to her voice and has started hating music. Abhimanyu uses headphones to block Akshara’s voice which keeps ringing in his head. But it seems, the two now estranged lovebirds, AbhiRa, are about to come face to face. Also Read – Bade Achhe Lagte Hain 2 is more exciting than Ghum Hai Kisikey Pyaar Meiin, Yeh Rishta Kya Kehlata Hai and more TV shows, feel fans [View Poll Result]

Yeh Rishta Kya Kehlata’s episodes, cast and storyline are widely discussed in Entertainment News. In the upcoming episode, we will see Abhimanyu reaching Jaipur. Yes, you read that right. Abhi (Harshad Chopda) hears Akshu’s voice and is determined to learn about her whereabouts. Naturally, Abhimanyu has a lot of questions in his mind and heart and he wants answers. He has reached Jaipur and in fact near the door of the hotel where Akshara (Pranali Rathod) stays. But Kunal (Mrunal Jain) will stop him from meeting Akshara. Also Read – TRP List Week 34: Anupamaa, Imlie, Yeh Rishta Kya Kehlata Hai see spike in ratings, pick up lost momentum

In the upcoming episode of Yeh Rishta Kya Kehlata Hai, we will see Akshara getting hurt due to a broken shard of a showpiece. She calls the reception desk and asks for a doctor. Abhimanyu who has reached the hotel asks her to open the door but for some reason, Akshara doesn’t. Kunal has reached the hotel too and he gets shocked and scared after seeing Abhimanyu at the hotel. In the next episode of Yeh Rishta Kya Kehlata Hai, we will see Kunal meeting Abhimanyu. He takes Abhimanyu away from near Akshara’s door and gets chatting. Later, Abhimanyu asks Kunal if he has any clue about Akshara’s whereabouts. On the other hand, Akshara feels Abhimanyu’s presence and opens the door. Also Read – Yeh Rishta Kya Kehlata Hai: AbhiRa fans demand Kheras to be made villain; say, ‘Akshu’s sacrifice won’t make any sense’ [View Tweets]

Will this be it? We think there’s more drama coming up in Harshad Chopda and Pranali Rathod starrer Yeh Rishta Kya Kehlata Hai. What are your thoughts?