Skip to content
HomeEntertainment‘What a blast!’ Brian May and Roger Taylor perform with Pink on Freddie Mercury vocals 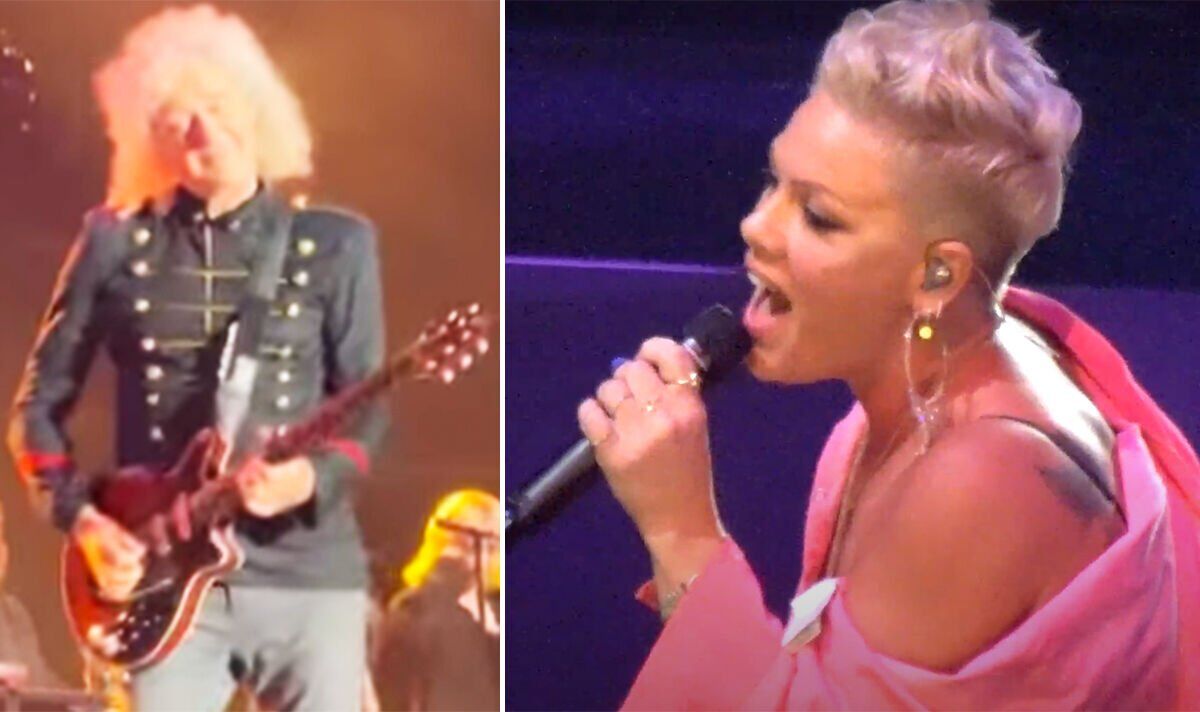 Taylor Hawkins tragically died at just 50 earlier this year and Foo Fighters have paid tribute to their drummer with two incredible rock concerts in his memory. The first show took place at Wembley Stadium this month with the likes of Liam Gallagher, Brian Johnson, John Paul Jones, Lars Ulrich and Sir Paul McCartney joining Dave Grohl and the band on stage. Queen’s Brian May and Roger Taylor, who were regular collaborators with the late musician, also performed in his honour on the same spot where they did for Freddie Mercury over 30 years prior – joined on vocals by the UK’s Eurovision 2022 singer Sam Ryder.

Brian also performed Love Of My Life, encouraging the audience to join in with the lights from their phones, creating a beautiful display around the stadium.

The 75-year-old does this halfway through Queen and Adam Lambert’s set with a virtual Freddie joining on the screen behind him, but this time it was for Taylor.

Foo Fighters then held a second memorial concert for their drummer in Los Angeles on Tuesday evening at the Kia Forum, with the likes of Miley Cyrus and Alan’s Morissette performing on the 53 song set.

Brian and Roger flew out especially for this too, joined this time by The Darkness’ Justin Hawkins who can sing Freddie’s operatic falsetto for We Will Rock You and Under Pressure.

Roger also performed his famous Queen song I’m In Love With My Car, before a big finale with P!nk singing Freddie’s Somebody To Love.

After the epic concert in LA, Brian posted on his Instagram: “This is definitely going on my wall back home ! All hail @pink !!!!! What a blast !!! Bri.”

The Queen drummer also shared a snap of himself with the singer at the show and simply captioned his post: “What a gal! What a night!”

The guitarist was particularly affected by the death of Taylor, sharing an emotional tribute on his social media ahead of the two concerts.

Back in 1998, Taylor played the drums on Brian’s solo track Cyborg, which features on his Another World solo album, which he re-released this year.

Brian previously told Express.co.uk: “He’d never really done a studio session for someone else, so he was wired to the hilt – you could imagine. He’s going ‘This is f*****g awesome’. I mean, there is energy spilling out all over Surrey from this guy, incredible! I think he’s well represented on the track – it’s insane, the amount of energy on there.”